Time for a quick travel break (and a bit out of order) to insert a random post with humorous photos. Some of these are intentional British humour (intentionally spelled the British way), and others are amusing solely because we’re American, and find it funny even if the Brits don’t.

This may be a lot more common here (and Ireland) than some are willing to admit. But obviously others aren’t hesitant to point it out. 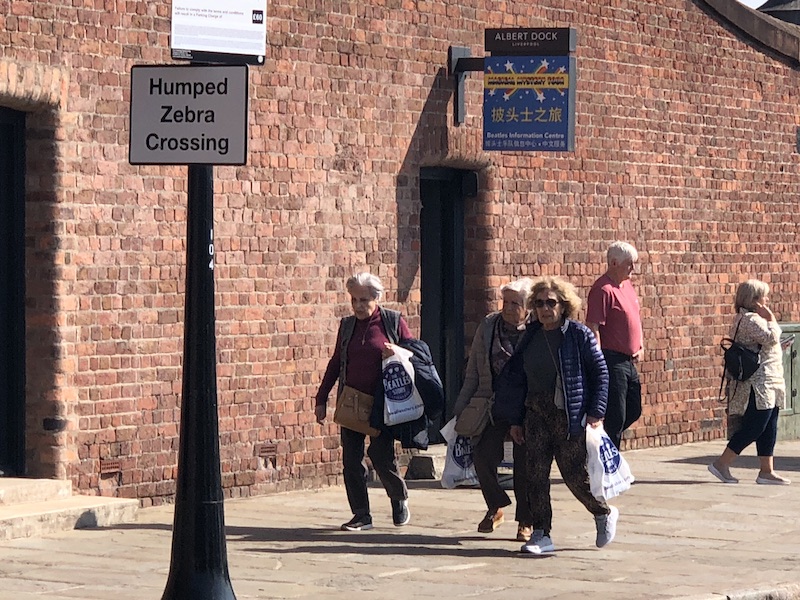 There are several Wildlife or Safari Parks around; the one near Liverpool is called Knowsley Safari. So while in Liverpool, we hid in the bushes beside the road for over an hour trying to catch a glimpse of the elusive hybrid Humped Zebra that’s known to be seen crossing the road here. Then someone explained that the crosswalks are Zebra Crossings, and since this one is raised like a wide speed bump, it’s a Humped Zebra Crossing. Now I want to paint a camel black and white just to prove them wrong.

They are REALLY serious about their hand sanitization here.

One thought on “A Bit of Humour”