After some light bike maintenance and a lot of sweating (the sun here is strong and it’s fairly humid as well, and the bikes were not in the shade), we headed out late toward San Salvador. I hadn’t planned to go through the largest city in El Salvador, but I was able to locate a spare air filter at a Yamaha dealer there, and it was only 50 kilometers or so out of the way.

As usual, Garmin took me to the wrong location even with the actual street address entered. After about 30 minutes of running around in circles, we finally found the dealership — a beautiful gleaming store with a spotless service center behind a full glass wall where customers can watch their bikes being serviced. Ten minutes later we were back on the road out of San Salvador and headed south. For the first time I was on the PanAmerican Highway (CA-1), and glad I didn’t have to ride it the entire time, as it is just a highway, with plenty of traffic.

The scenery was nothing spectacular, so I didn’t even bother to stop to take photos along the way. Although there was one moment in San Miguel when I wished I had the camera handy. After 6 weeks on the road and three countries, I had become used to seeing jugglers in the crosswalks in larger cities. Usually either a guy in a clown costume, or a couple of young guys with a large assortment of bowling pins. Until today I had not seen a guy on a unicycle juggling three large machetes in a crosswalk. Now I have.

We arrived at our destination — La Tortuga Verde in El Cuco — just before dark. The last two miles were down a dirt road parallel to the beach, with hostel after hostel, many of them either closed for the season or with very few guests.

The beach here is completely different from El Tunco. Not a rock to be found. Miles of  beautiful sandy beach, with virtually no one on it. 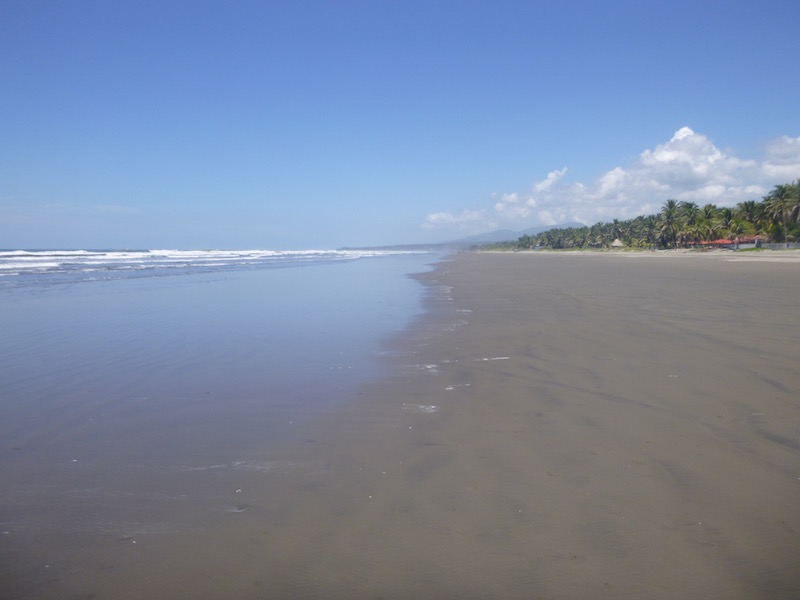 Hammocks hang from the palm trees and from the covered porches everywhere. While the hammocks are the cheapest alternative for overnighting at La Tortuga Verde, I’m strongly considering taking my tent a little further down the beach and staying in it…the lack of expense for a night or two will quickly help to balance out the nights I’ve gone over my budget on a room. Regardless, this place is muy tranquilo.I could definitely stay here a few days or more. 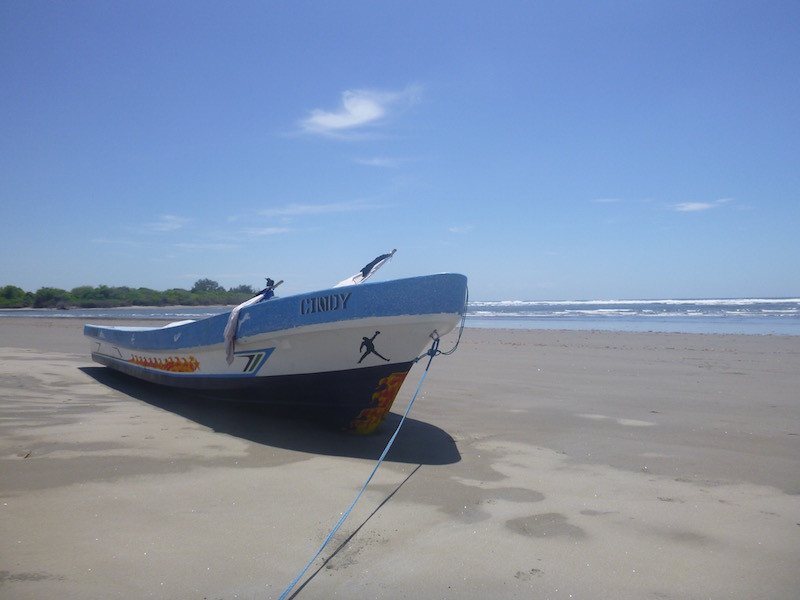 It would be nice if they actually had wifi though… 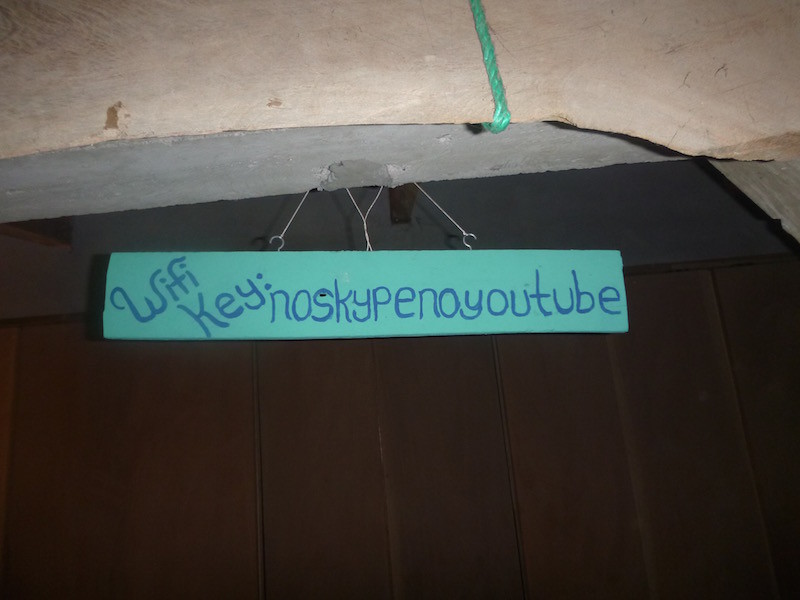 This is very misleading….No Skype, No YouTube, No Google, No Internet, No Nada. You can connect to their router, but that’s as far as you’re going. So shut off the computer and go sit on the beach.

The food is good, though a bit more expensive than I would like (of course). Six bucks for a fajita dinner, two dollars for a beer. That’s still budget level, so I’m okay for now. The three dollar lunch yesterday at the roadside comedor was more my style, and was tasty and filling.

Tomorrow is looking to be a long day, with two border crossings in one day, and both likely to be extended ordeals. Then again, if that’s the sign of a “bad day”, then life could be a lot worse…