James showed up at my hotel Tuesday morning, his little XT225 Yamaha loaded like a pack mule. We’d only known each other for a short time, and had never ridden together. Now we were headed to Mexico for a month, and perhaps further.

The heat finally subsided as we climbed into the mountains and rode into Galeana, to a familiar hotel where I had stayed a couple of months ago on a shakedown ride for this trip. By the time we arrived the temps were down into the 80s. 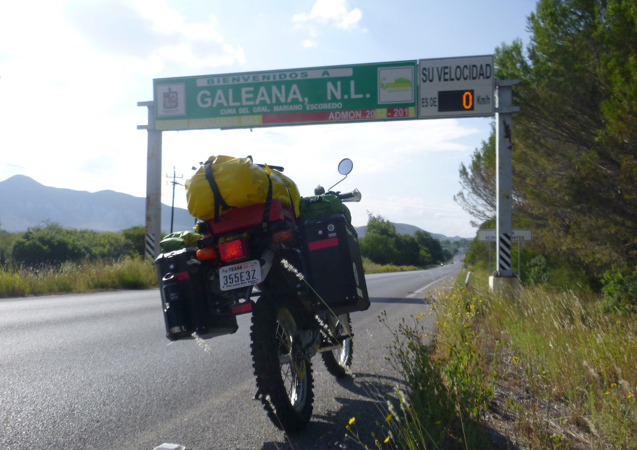 Beating the Heat in Mexico

We parked behind the Hotel Magdalena and unloaded our gear, then went to dinner. La Cason de General is a great restaurant with a large menu. Last time I was here, I was tempted to have the Mole Enchiladas, but one of my cohorts managed to snag the last order. This time there were plenty to go around…

The temperature had dropped to around 70 after dinner, and I was looking forward to a good night’s sleep. Wednesday would be the first day into new territory for me.