During World War II, the United States operated bombing missions out of airfields across England. RAF fields were used to carry bombs to Germany, the planes often returning with little or no fuel.

Weather was almost always a factor, and made “assembly” — the act of getting into formation — harrowing. The low clouds and fog that settles over England frequently caused mission delays and cancellations. It was not uncommon for a group to depart, climb to altitude in the clouds in order to assemble, but cancel the mission due to bad weather and return to the field. With dozens, sometimes even hundreds, of planes flying blind in the clouds prior to formation, it was a very dangerous situation. Accidents happened frequently as one plane suddenly appeared above or below another.

On April 21, 1944, at 1:30pm, twenty eight planes from the 392nd Bomber Group took off from Wendling Airfield in the rural farmlands of Norfolk, near the east coast of England. Their target that day was to be an aircraft repair facility in Zwickau, Germany. Among the planes was a B24J, the latest model of Liberator, flown by 2nd Lieutenant Louis F Bass, and co-pilot 2nd Lieutenant Kenneth Gahm. Their plane, #42-99979, had flown just eight missions prior to this day, although just the act of returning to base eight times is more than many planes and crews completed. In addition to the pilot and co-pilot, they carried a crew of eight, including 2nd Lieutenant Wayne Steel, navigator; 2nd Lieutenant Arthur Stover Jr., bombardier; Technical Sergeant James Thomas, aerial gunner; Sergeant Walter Reeves, waist gunner; Sergeant John Brzostowski, waist gunner; Sergeant Warren Burnett, ball turret gunner; Staff Sergeant Robert Norrell, tail gunner, and Staff Sergeant Gerald Knettel, engineer.

Whether it was due to contact with another aircraft, or some other reason, 979 suffered a catastrophic wing separation while assembling for the mission. There was a tremendous noise as a portion of the left wing broke off. The plane rolled and yawed violently, and Knettel and Brzostowski were thrown from the fuselage. Their parachutes deployed, and they managed to survive, although Knettel suffered severe injuries. The rest of the crew died that day in a field near North Tuddenham.

The pilot, Louis Bass, was 27 years old at the time of the crash. His younger brother, at just 21, was Lloyd Bass, my former father-in-law. At the time, Lloyd was in the V-12 Navy College Training Program, completing his officer training. 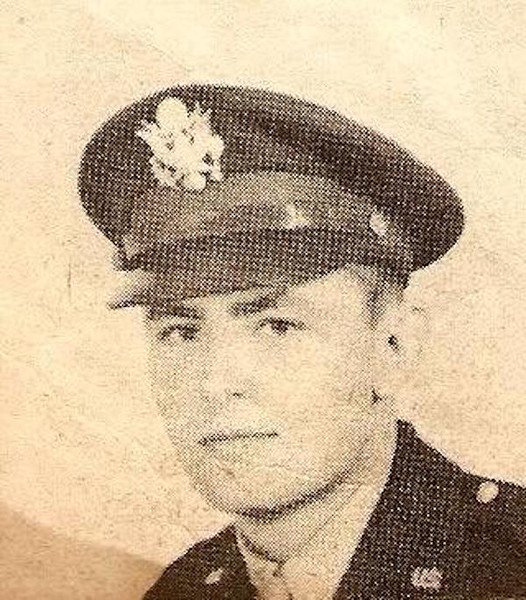 Around 2010, the small village of North Tuddenham constructed and placed a memorial to the crew of the B24 that crashed in a field near their town on April 21, 1944. 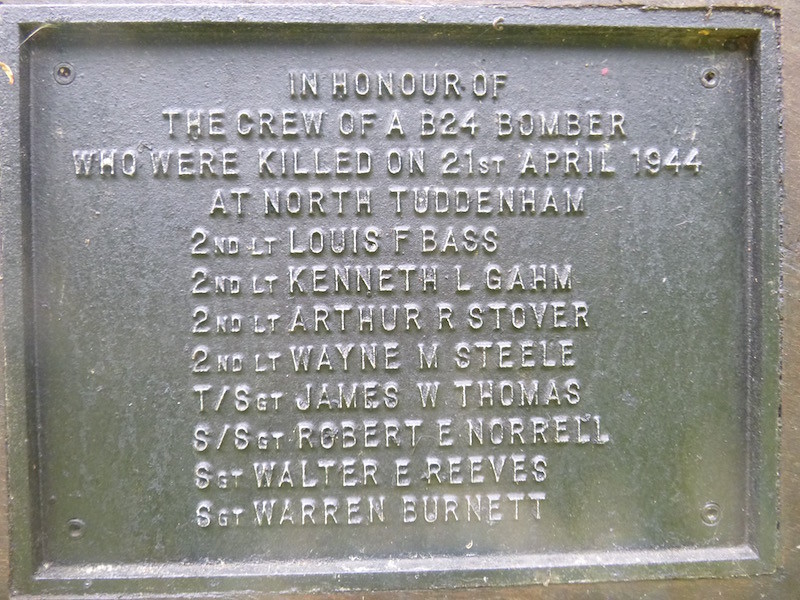 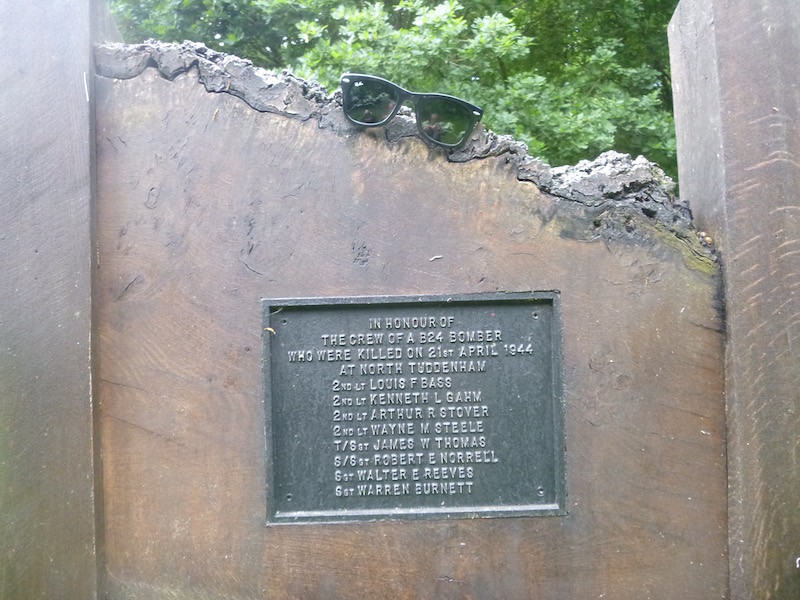 Lloyd, I hope you enjoyed your brief visit to North Tuddenham this week.

This is as close as I can come to getting Lloyd and Louis together again.