It was a sleepless night. My room is nice enough, but between all of the events of yesterday’s Honduran border scams, and riding the last 20km in the dark, I was still wired. So when my alarm went off this morning, I was not ready to get up. I was just starting to relax.

Nonetheless, it was time to see the canyon. Six of us piled into a very tired Honda Civic, and drove 10km back toward the Honduran border to Cañon de Somoto. Ricardo, our tour guide, took us first to his house, where we were provided life jackets, then back into the Civic for the hike to the entrance to the canyon.

At Ricardo’s house. His wife is a seamstress, and there were two young girls there trying on their new dresses. Adorable.

The trek through the canyon is about five miles total. Much of it involves swimming through sections. Another large part is climbing over rocks and hiking between sections. And then there is about 1km in a rowboat. The scenery is very nice. The extremely slick moss-covered river stones, less so. 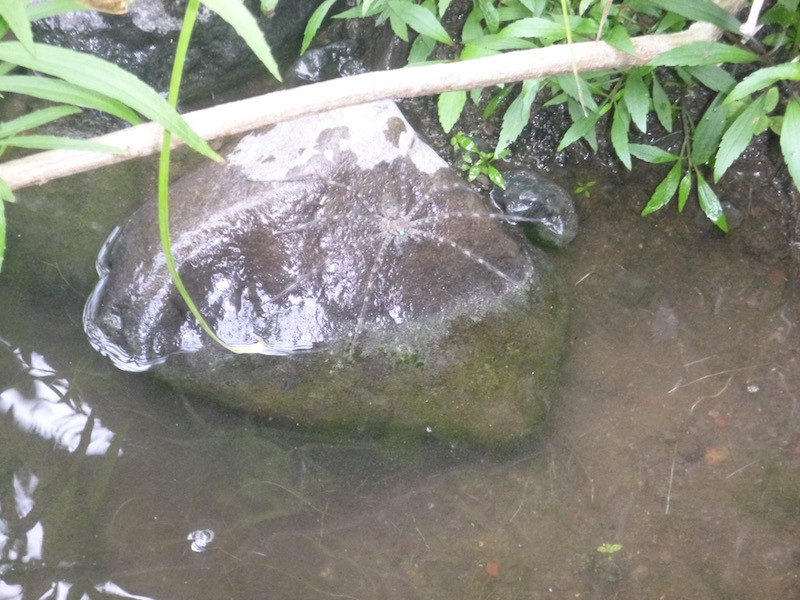 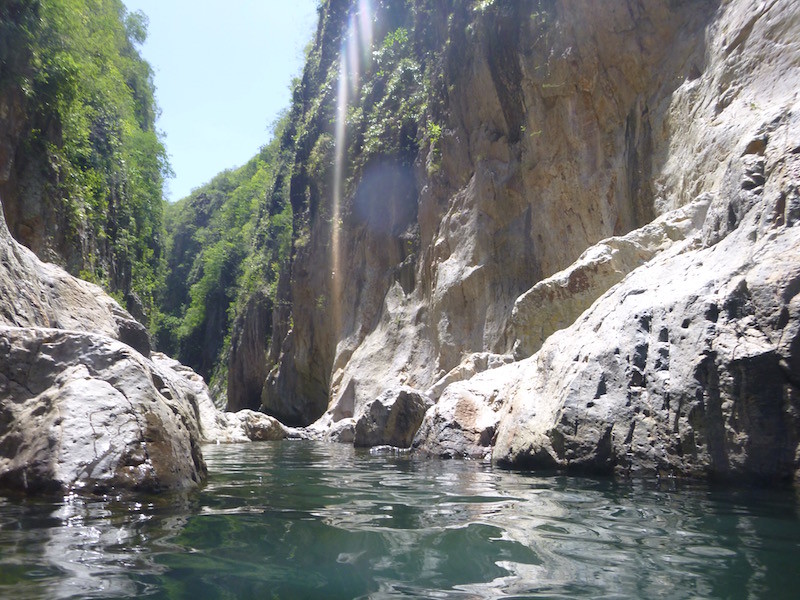 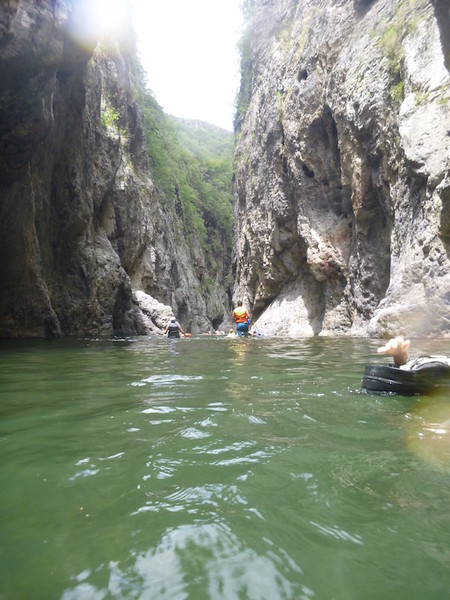 Once again, some people jump off of tall canyon walls into the water. SOME people. 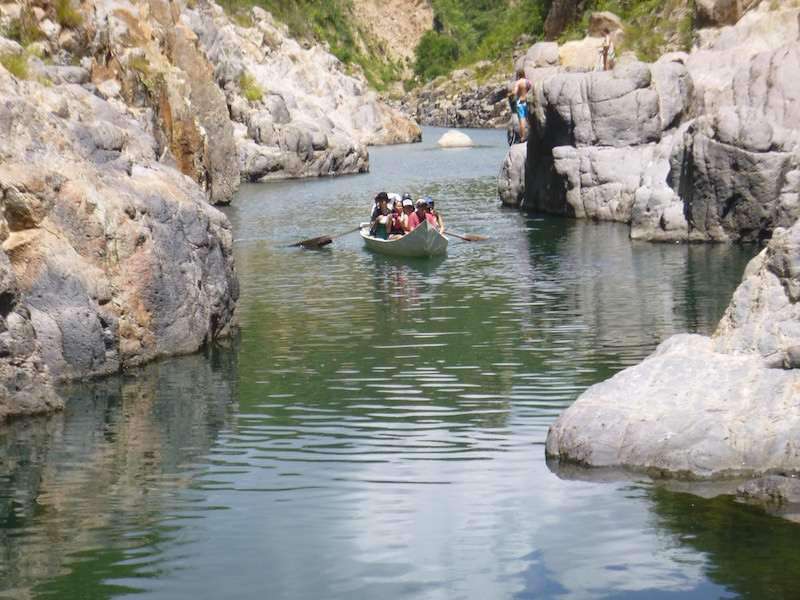 The rowboats take people back and forth at the lower part of the canyon. Much easier access than hiking and swimming the longer route that we did. We took the rowboat about 1km downstream.

At the lower portion of the canyon, guides act like mules and pull these long tube trains of tourists up the canyon. I’m sure these people were looking at us as we swam by in the opposite direction and thinking “Those poor people can’t afford tubes”.

Looking back at the river on our hike back up to Ricardo’s house at the end of our tour. Canon de Somoto is upstream to the left of the photo.