Carretera Austral is to Chileans in January and February as ____________ is to people in the U.S. in July and August:

“E” is probably the closest correct answer. A bit less like Disney and more like Burning Man and Yellowstone, as it isn’t easy to get to and takes a real commitment. But once there, you stand and look around and think, “Wow”. The visitors are a combination of what you would expect to see in the above venues: families in their SUVs loaded with camping gear used once a year; lines of 20-somethings beside the road, literally in the hundreds, hitchhiking; bicyclists, typically slightly older and in smaller numbers; and motorcyclists from all over the world. 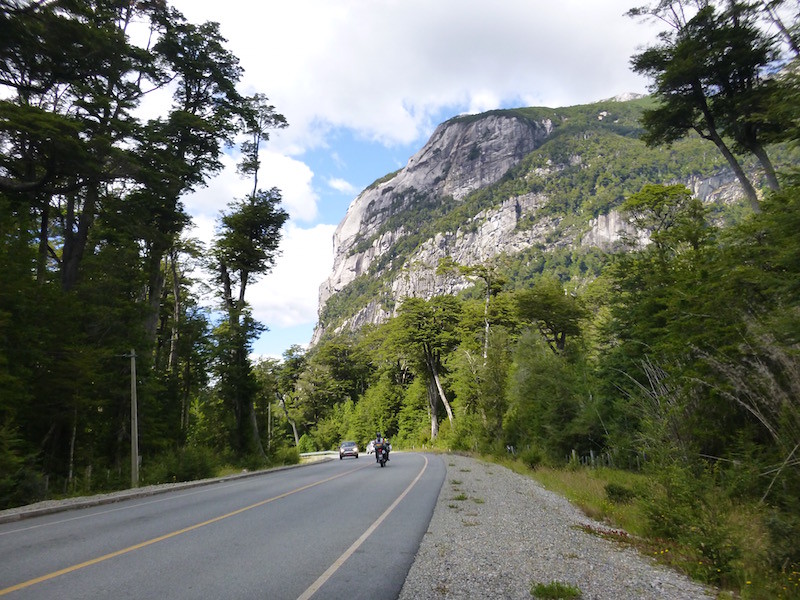 The pavement currently surrenders for good just south of Coyhaique. From here to Villa O’Higgins — another 350 miles and the end of the road — it is all gravel. 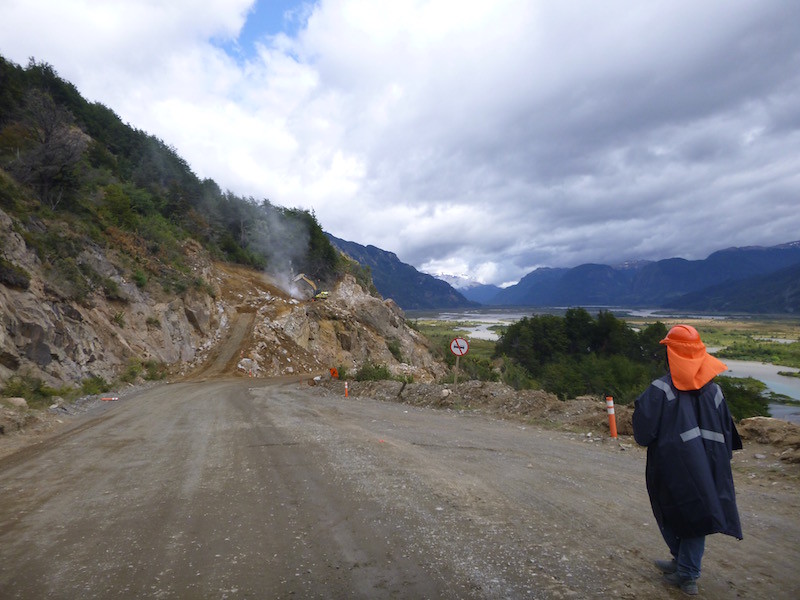 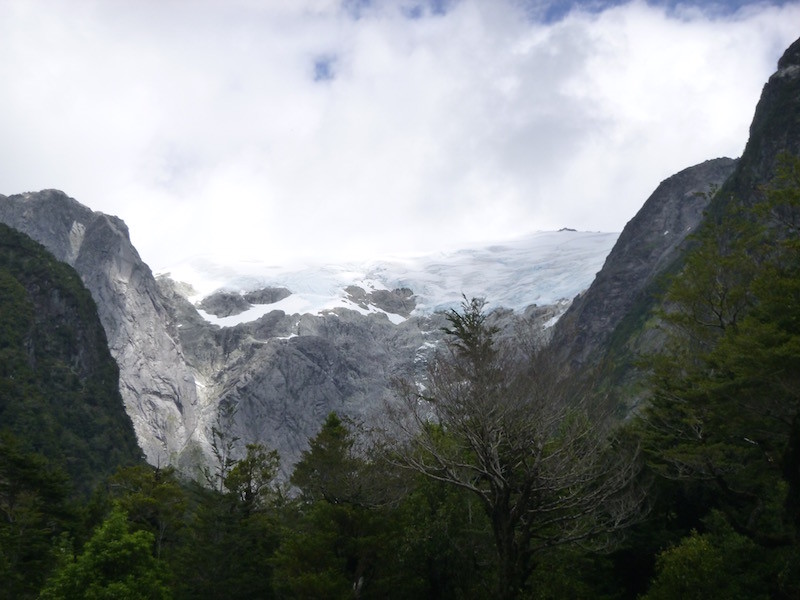 There is no such thing as a short day on the Carretera Austral. The overall distance might be less than a hundred miles, but between the gravel, the road construction stops, the traffic, and the fact that all of the hotels, hostels, campgrounds, etc are sold out through March, days can end up being much longer than expected. Just the same, I had planned for shorter distance days and hoped to find a place to camp by no later than 3pm each day in order to possibly beat a few people to the last remaining spots. And so far it has worked, for the most part.

I passed through Coyhaique, stopping only for groceries. It’s a fairly large town, and was completely booked. About twenty kilometers south of town I stumbled on a beautiful and small National Reserve with an open camp site. 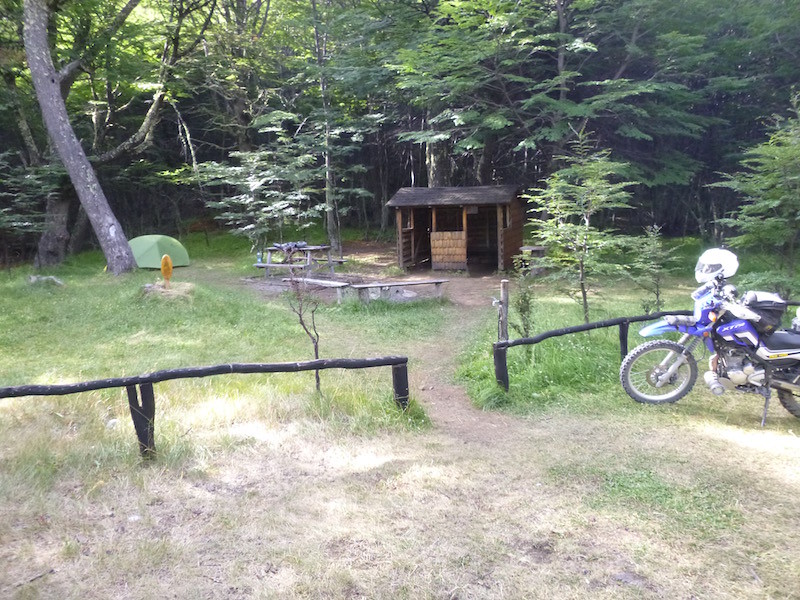 Another great campsite, with a shelter from the wind for cooking and eating. 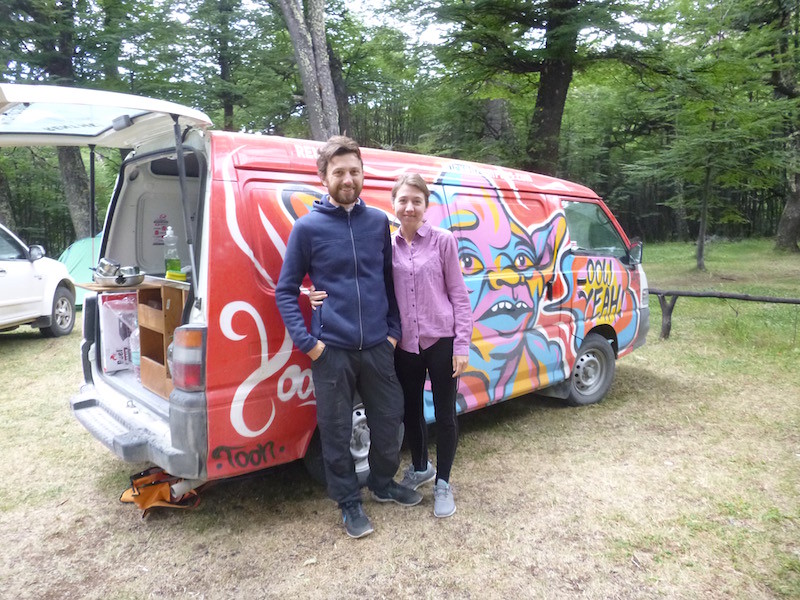 Thomas and Yasmin from Austria. They bought a round-the-world air ticket, and are hitting their highlights. They flew into Santiago, rented a camper van, and are dropping it off in Punta Arenas, then boarding another flight. They plan to hit Tahiti, Australia, and Japan along the way.

The next day was on to Puerto Rio Tranquilo.