Puerto Rio Tranquilo is a spot on the road. There isn’t much here, but this time of year the population swells dramatically as bicyclists, motorcyclists, backpackers, and families in cars pour into town, mostly to see the Capilla de Marmol, or Marble Chapel.

The town of Puerto Rio Tranquilo. The whole town.

The lake here is large and beautiful, the color hard to describe and changing constantly under sun and clouds. 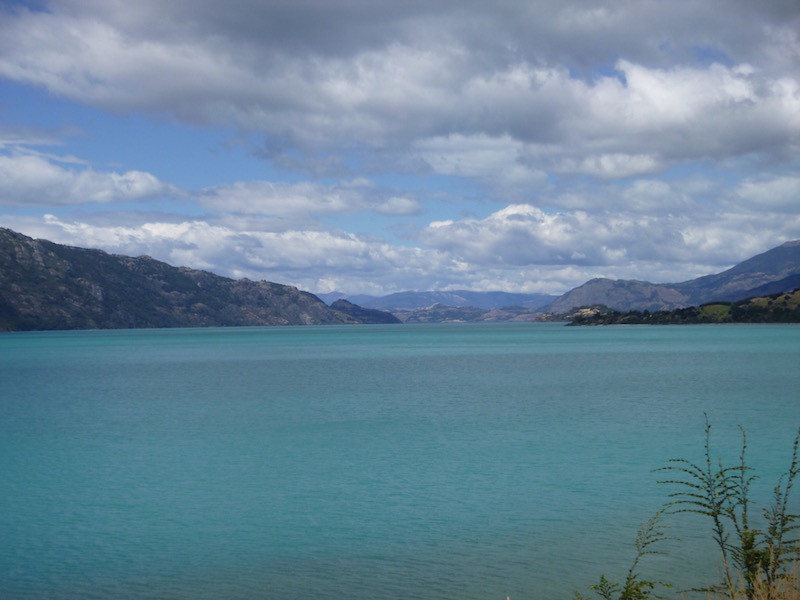 It’s a short boat ride to the Capilla de Marmol 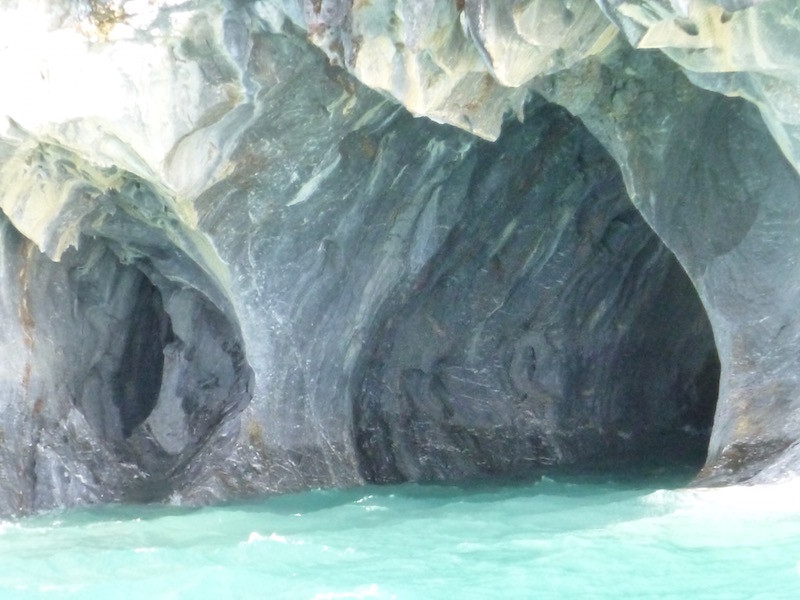 Yep. Crazy. They drive the boats right into these caves. 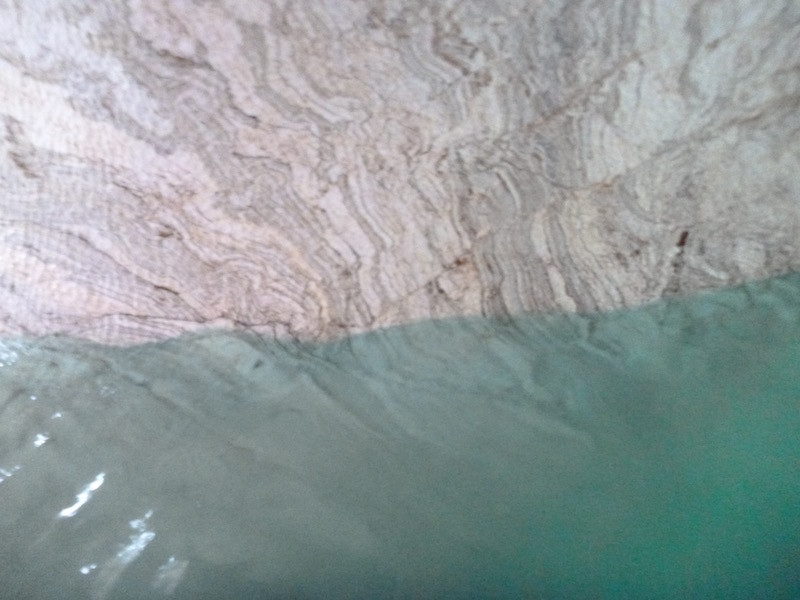 This is a photo of the wall of the marble. That’s not a reflection: it’s the marble striations continuing below the water. Impressive.

I stayed in Puerto Rio Tranquilo two nights. On the second evening, two women pulled into the campground: a German on a BMW F800 and a French woman on a DR650 Suzuki with Chile plates. As they set up camp I introduced myself. It didn’t take long to figure out that the woman on the BMW, Ira (who also goes by Diana, because Ira is about as common as Pat in South America and nobody can understand it), was the same woman that Judith had ridden with through Cañon del Pato in Peru. She had since met up with Celine, who arrived in Santiago with absolutely zero motorcycle experience, and after four hours of instruction bought a DR650 and hit the road. Wow.

My campsite overlooking the lake. There were some sites with better views further down, but much more wind as well.

Poor photo taken well after dark. Ira (Diana) and Celine invited me for dinner. Two meals in a week not in a mug! Woo Hoo!

The next morning I left for a short ride to Cochrane and more stunning scenery.

This will be as far south on the Carretera Austral as I go. While it’s possible to continue all the way to Villa O’Higgins, there are no more rideable passes to Argentina below here. Tomorrow morning I plan to head back toward Argentina via Paso Roballos. Depending on availability, I hope to camp at Kris Tompkins’ newest park before crossing into Argentina.

As of now, I still need to make it another 1100 miles on these tires to Punta Arenas, where I hope to find new rubber. The front tire is beginning to wear in a scallop fashion, which makes the gravel even more tricky. The rear is just wearing down, but I think (fingers crossed) it will last until Punta Arenas. The chain and sprockets are another story, and could become a problem somewhere between here and Buenos Aires. But I’ll worry about that when the time comes. For now all I can do is keep adjusting and lubricating the chain, and trying to take it easy on them, which is difficult with nothing but gravel, dust and ripio.