The Pirelli MT21 tires that I mounted in Cape Town, South Africa still had about 1,500 to 2,000 miles of life in them, but these tires have worked so well on this bike that I decided to mount a fresh set here in Scotland where I knew I could find them, rather than wait until I might not be able to find them in stock in Europe. Ian was nice enough to order a set and have them waiting for me when I arrived.

After mounting a new set of tires, I left Ian & Tricia’s and headed east to Alnwick, jumping back and forth across the England-Scotland border via more beautiful backroads. Today would be a short day of only around 135 miles.

On the way to Alnwick Castle, I passed The Blue Bell Inn. Out front was a large group of gents in their antique racing cars, including an Alfa Romeo, a Lagonda, a Riley, a Bentley, an Aston Martin, and more. 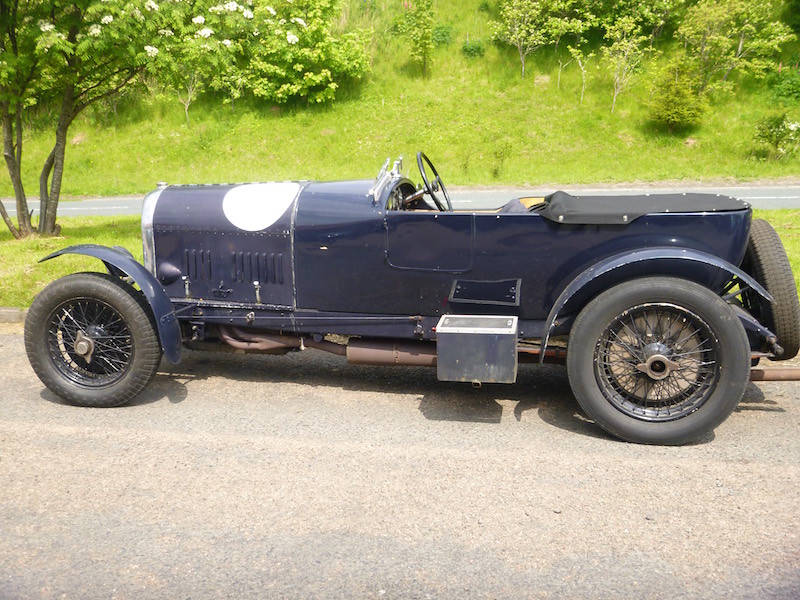 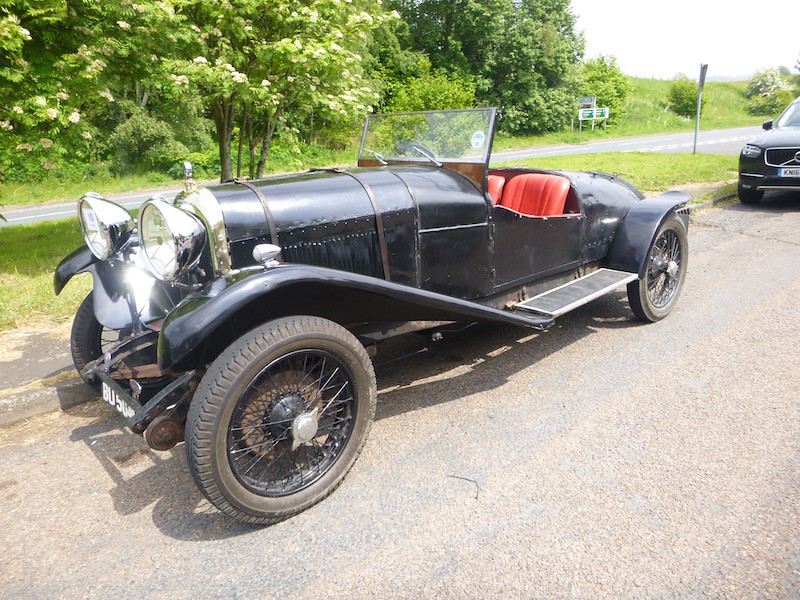 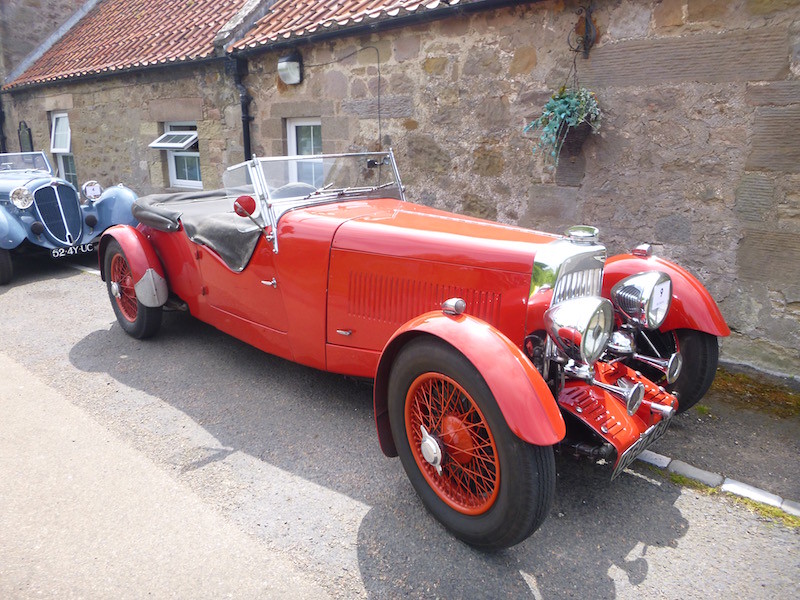 Alnwick Castle has appeared in many films and television shows, most recently including as the interior and exterior of Hogwarts in the first two Harry Potter films, as well as  appearing as “Brancaster Castle” Downton Abbey.

And if you look back into the past, there was a Disney film called “The Spaceman and King Arthur”, which was shot in 1979, and among the extras in that movie was Ian Willcox (yep, same Ian I rode with in Ecuador and visited here in Scotland). Ian’s parents were employed at the castle at the time.

I’m heading southwest towards the Lake District again. I have two more days before I have to be in Liverpool for the ferry to Douglas.