Before leaving the Lake District, I stopped in Coniston at a great motor museum that had a nice display of British cars, bikes, and a separate Malcolm and Donald Campbell exhibit. 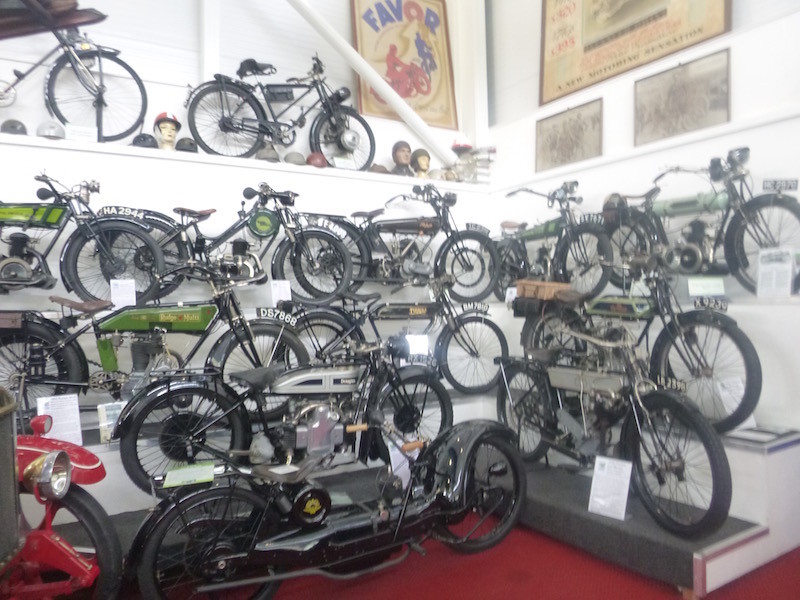 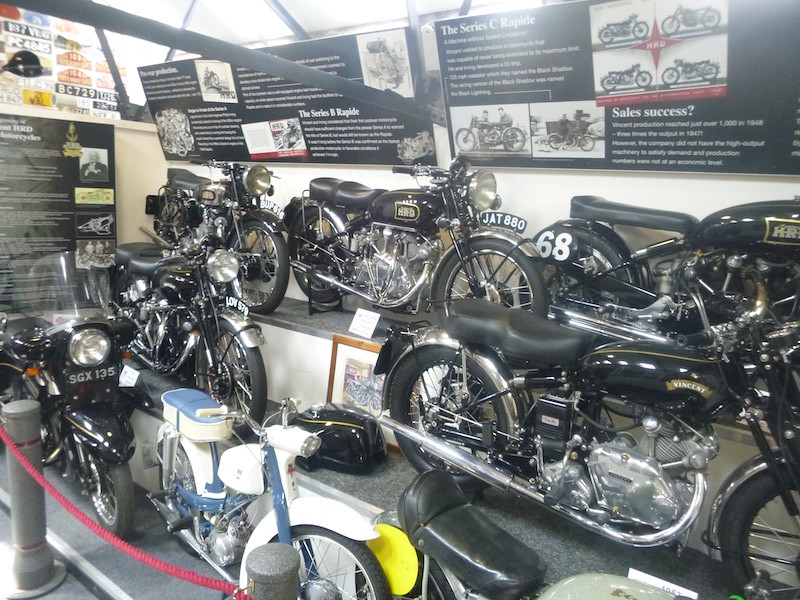 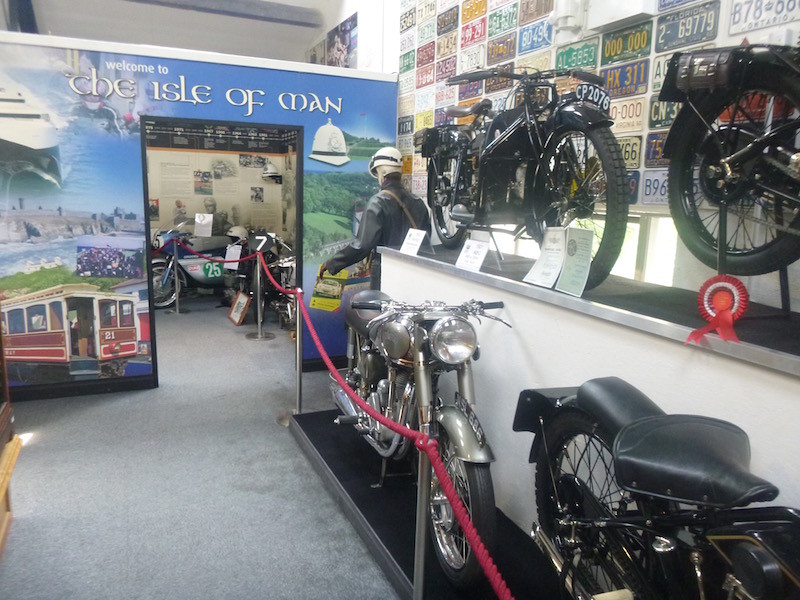 After leaving the museum, I stopped in Burnsley and left my Klim pants at a repair center that had the correct rubberized waterproof zipper and could properly replace it. For the first time in 11 months, I was on the bike without my riding pants, but just North Face convertible pants. I felt like I was wearing shorts. Odd feeling after all this time.

Another couple of hours and I arrived at the ferry terminal in Liverpool. I was four hours early, but bikes were already lined up. I checked in and parked in line, then found a spot for a nap.

The Steam Packet ferry Mannanan is a large catamaran. When it arrived from Douglas, I counted 340 motorcycles getting off, along with about 50 cars. About the same then loaded onto the ferry for the trip back to Douglas. 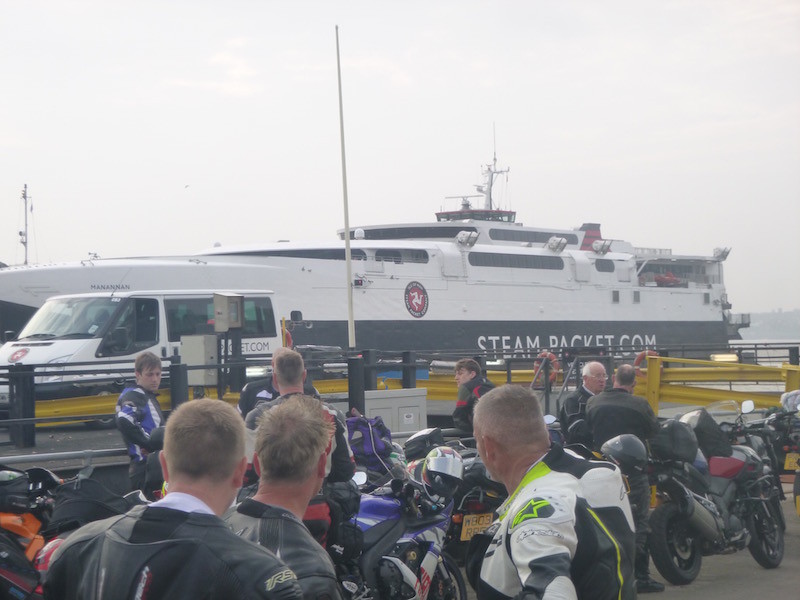 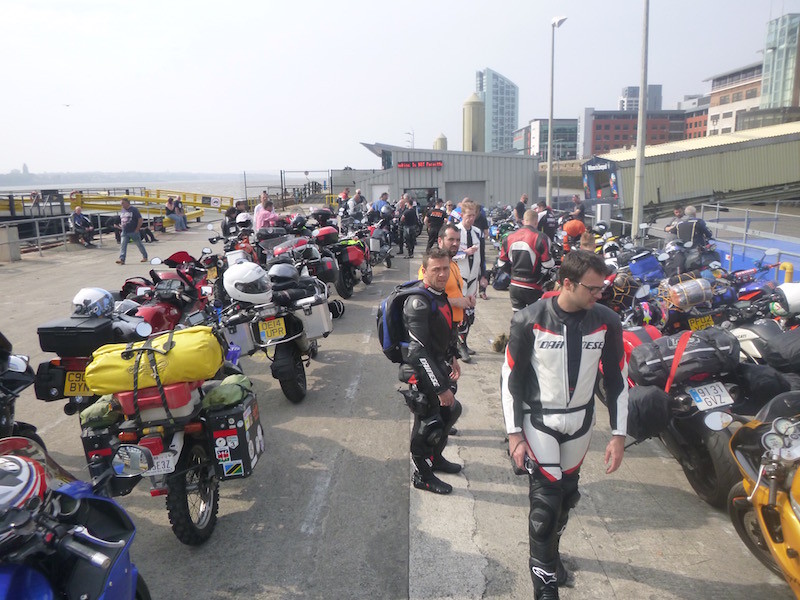 Waiting to board the ferry. 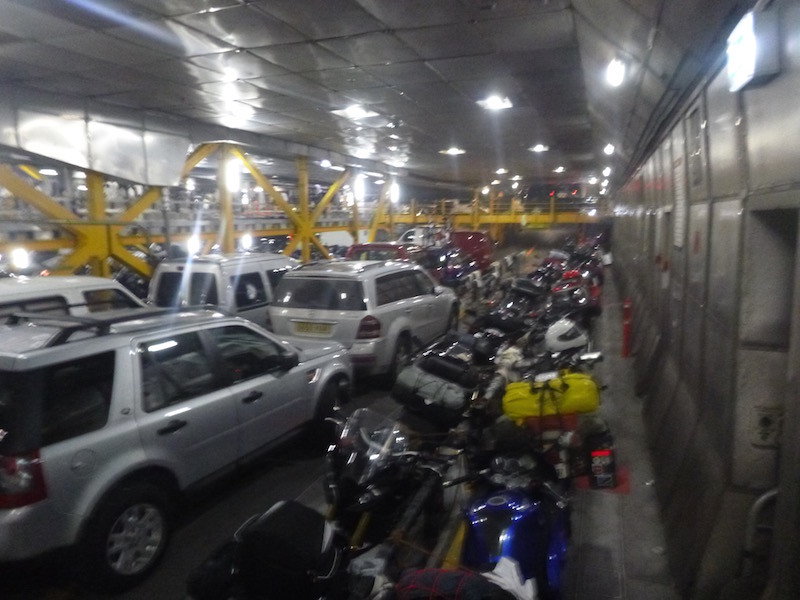 It was nearly midnight by the time I got to my campsite near Ballaugh, which is about half way around the TT course. Riding the course for the first time at night was a bit of an eye-opening experience — more on that in the next post.

3 thoughts on “Coniston to Isle of Man”