Riding through Czech Republic, I pass several motorcyclists on beautifully restored (or maybe they are original?) Jawa two-stroke motorcycles. It’s great to see these being used as daily riders and kept in such nice condition. I’m reminded that after all the years I have pronounced it “Ja-Wa”, the correct Czech pronunciation is “Ya-Va”.

I’m back on small roads and really enjoying it. Many of the roads I’m riding don’t have a center stripe due to their width. This is my preferred riding: I get to see a lot more of the local “flavor” on these roads. 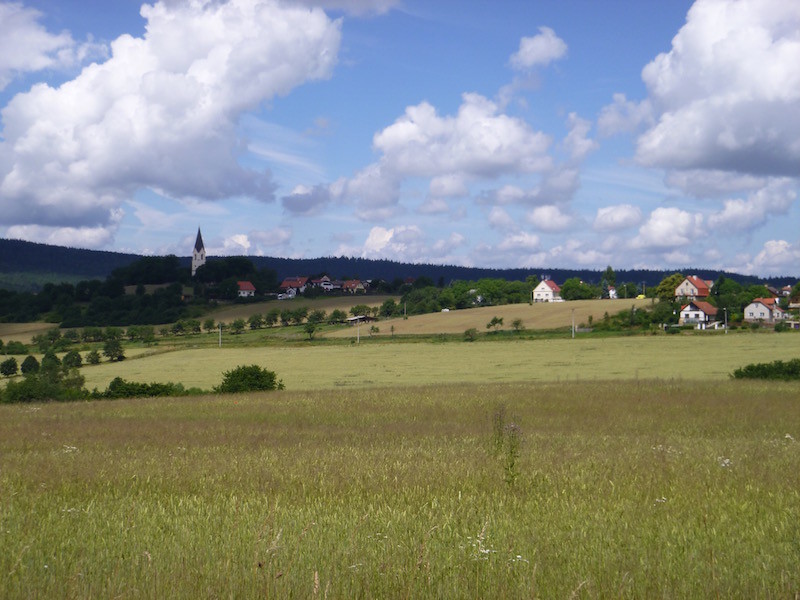 Approaching a small village, I encounter a detour. The bridge is being rebuilt through town, so the detour takes me several extra miles through the countryside. I somehow manage to miss the turn to head back towards the main road, but according to my GPS, there is another small road about a half mile further that will take me there.

I turn down that road, and it winds through woods before descending a fairly steep hill. At the bottom of the hill, the road curves to the left around a blind corner. As I come around the corner, there is a woman lying in the middle of the road, with a man kneeling next to her talking rapidly on his cell phone. She appears to be unconscious, and there is a bicycle lying in the grass at the side of the road.

I park the XT behind them and dig out my first aid kit. She appears to be in her mid-60s and is pretty banged up and bleeding from road rash. As I approach, she is coming to, and the man is helping her to sit up. I stay with her while he runs to his car and retrieves an umbrella (it’s already sunny and hot) and a blanket for her to lay on. I get the water container off the XT and pour some onto a towel to help keep her cool, and we wait for the ambulance.

It takes about twenty minutes, and the paramedic tells me that she has a broken scapula, and thanks me for stopping to assist, especially in slowing the cars down that have been racing down the hill towards the blind corner. I keep thinking, “why would someone come upon this and not stop?” I’m hoping it’s just more good karma for later in case I ever need it. 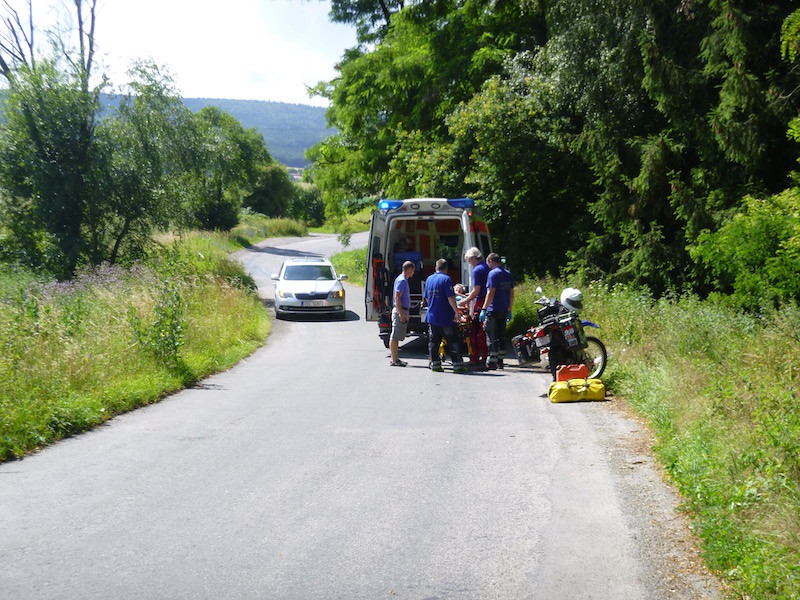 Bicycles can be dangerous. Fortunately she was wearing a helmet.

I ride on, eventually crossing into Austria, and find a terraced campground on the edge of a nice lake. I’m back in the expensive part of Europe again, and camping is more expensive here than a hotel was in Mexico and Central America.

Unfortunately, in the direction I’m headed, it’s not going to get any cheaper any time soon. I’ve also noticed that the “friendliness” of bikers has decreased dramatically since I’ve headed back west. In Poland, everybody waves. In Czech Republic as well. Once you get to Austria, it’s a rare occasion. There are hundreds, if not thousands, of BMWs and other bikes on the road here, and only occasionally does someone wave. I’ve taken to referring to it as “Snobstria”, although that probably isn’t fair; I’m not sure if they are all Austrian bikers. There are a lot of others riding these mountains as well.

2 thoughts on “Czech-ing out of Poland and into Austria”