At the ferry terminal in Anacortes, we met a family from Spokane on motorcycles: Dad on a BMW GS, Mom on a Honda CB500X, and son on a Triumph Tiger. They were headed to the island for the day, and they gave us some good insight on places to go and see, both on San Juan Island as well as Washington state in general. We ended up running into them again at lunch at Roche Harbor, and we spoke a bit more. Connor (the son) had looked up our blog page, and it turns out Dad and I both raced at Willow Springs in Southern California about the same time.

Roche Harbor. Oh, the money sitting here. Fun to just sit on the dock and watch though.

Homes above Roche Harbor. Has a bit of a San Francisco look to it. 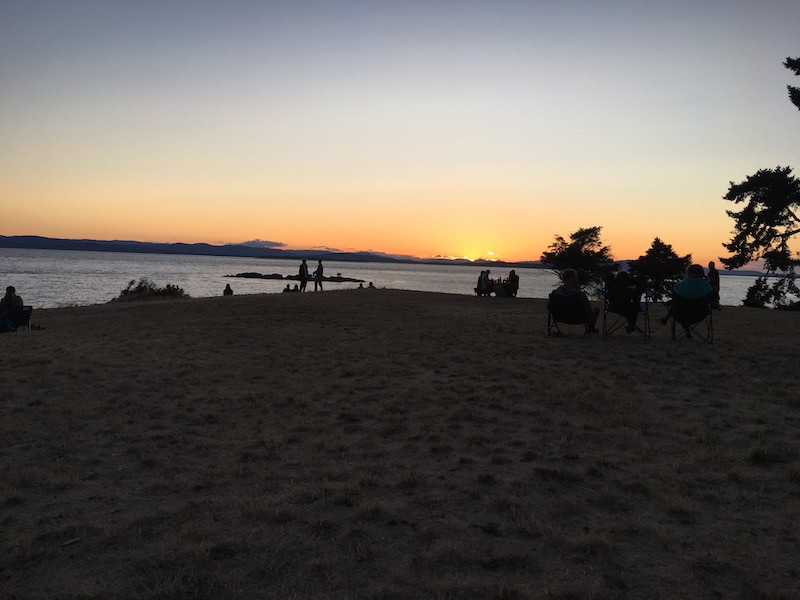 Sunset at our campsite at San Juan Island County Park, looking across to Victoria, BC. Each evening, people would drive up, pull out their lawn chairs, and sit and watch the sun set, then drive away.

The next morning we joined a whale watching tour. We were told that the resident Orcas hadn’t been seen for over 100 days (they look similar but eat differently than the transient Orcas; residents eat salmon, while transients eat seals and sea lions), so we prepared ourselves to enjoy an expensive boat ride. Instead we got lucky: the transients had been spotted by another vessel and we headed that way.

Very impressive, even at a distance. 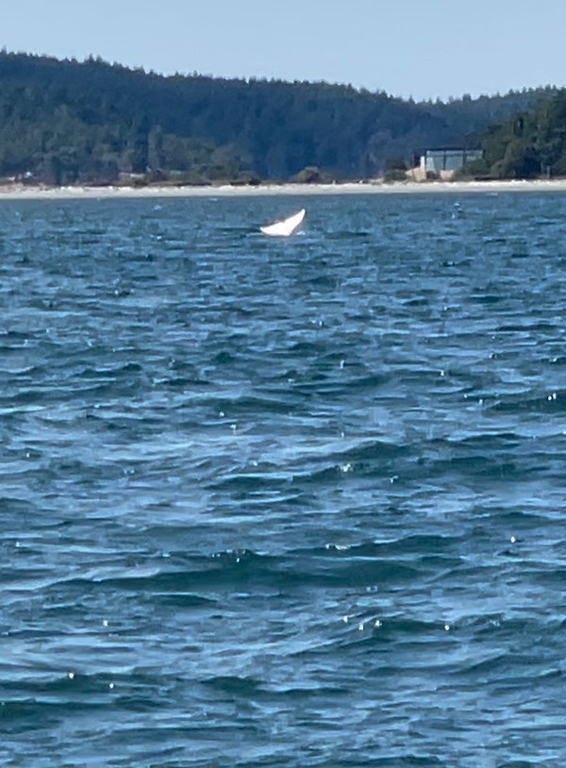 Tail slap. By the way, that building in the back, and the beach, and most of the land back there, belong to Paul Allen of Microsoft fame. 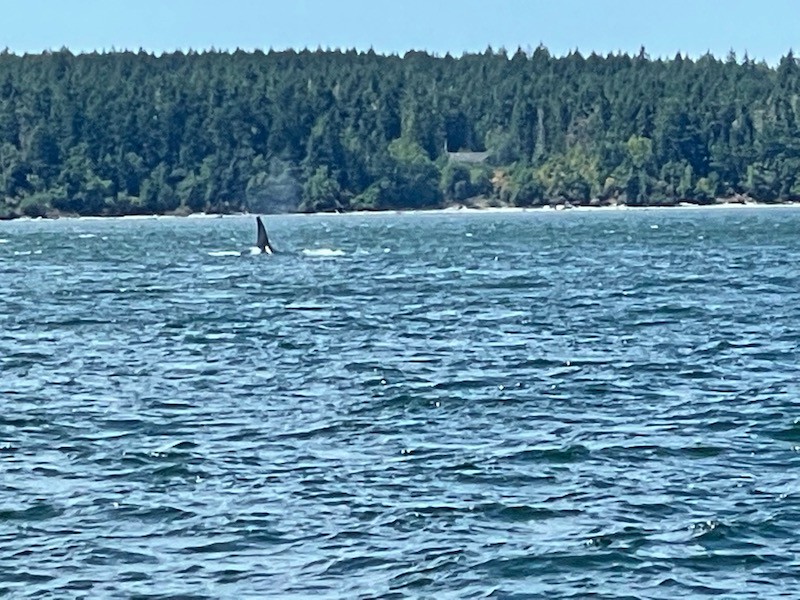 We ended up spending an hour watching these huge creatures surface and tail-slap the water. It was an incredible sight. Federal regulations require that the boats stay two hundred meters away from the whales, but even at that distance it’s good viewing. At one point one of the whales surfaced very close to the boat ahead of us. The captain shut the engines down, and the whale went under the boat and came up on the other side. Watching dozens of people run from one side of the boat to the other, we had visions of the boat just rolling over.

We spent a few days exploring San Juan Island, and stumbled on the San Juan Island Distillery and Wescott Bay Ciders, a small distillery on a back road. Being a cider fan, we stopped for a tasting, and ended up shipping a few bottles home. 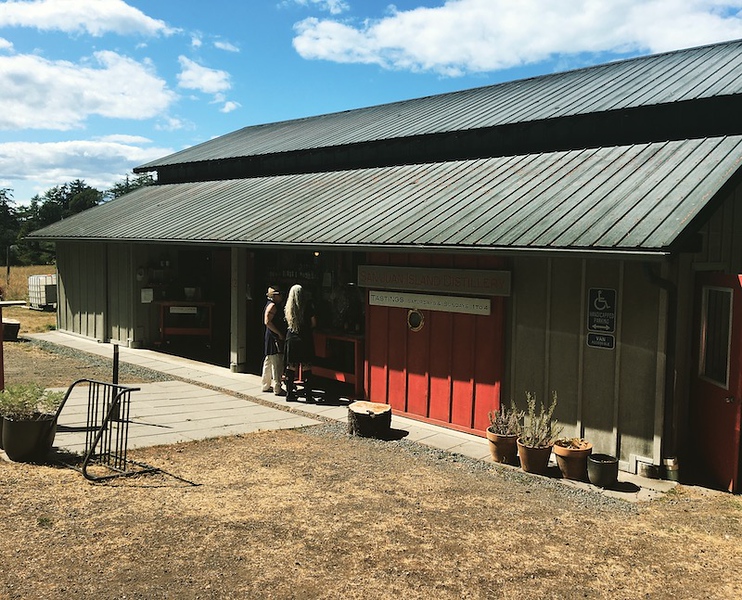 San Juan Island Distillery and Wescott Bay Ciders. Very friendly and gracious owners, who took the time to discuss their processes while offering us tastings, even on a day they weren’t officially open.

Friday Harbor is a lot like Avalon, California. It’s a small harbor town that mostly attracts tourists. People catch the ferry over for the day to wander the town, and eat and shop. Others sail in. Roche Harbor is the more upscale side.

After a few days camped on the island, we headed back to the mainland and towards Tacoma for another house sit. It was time to do a little more bike maintenance, and wait to see if Canada would open to US tourists.

2 thoughts on “Friday Harbor, on a Wednesday”