We arranged another great house-sit, again with two of the coolest cats ever (Diana and I are still debating whether these cats or the Seattle cats are cooler. It’s a close call). We’ve been in a beautiful two-story log home near the entrance to Glacier National Park for nearly a week, while the owners are house-hunting in Seattle to be closer to their kids and grandkids. 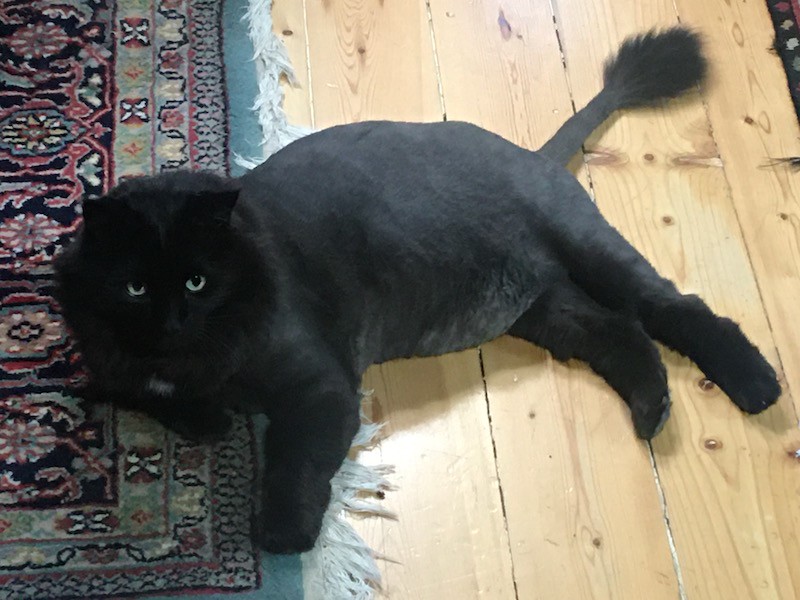 The deer in the front yard here are pretty relaxed. I walked out into the drive to take this photo, and they didn’t react.

Months ago, we had bought entry tickets to the Going to the Sun Road in Glacier National Park. We were unsure of what dates we would be there, so we bought a few of them (at $2 each) for different dates. Each ticket is good for seven days beyond the date on the ticket, so that gave us basically three weeks worth of “window” for us to arrive and enter the Park. As luck (or our loose planning) would have it, we had a ticket that still had two days remaining on it. So, after a couple of days relaxing in the comforts of home, we packed sandwiches and made the 17 mile trip to Glacier. 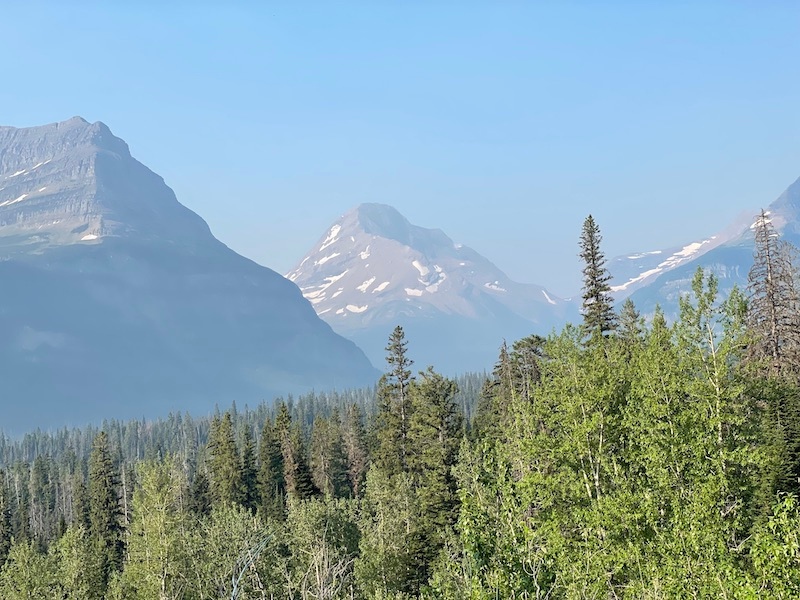 Glacier does have some spectacular views from the Going to the Sun Road. 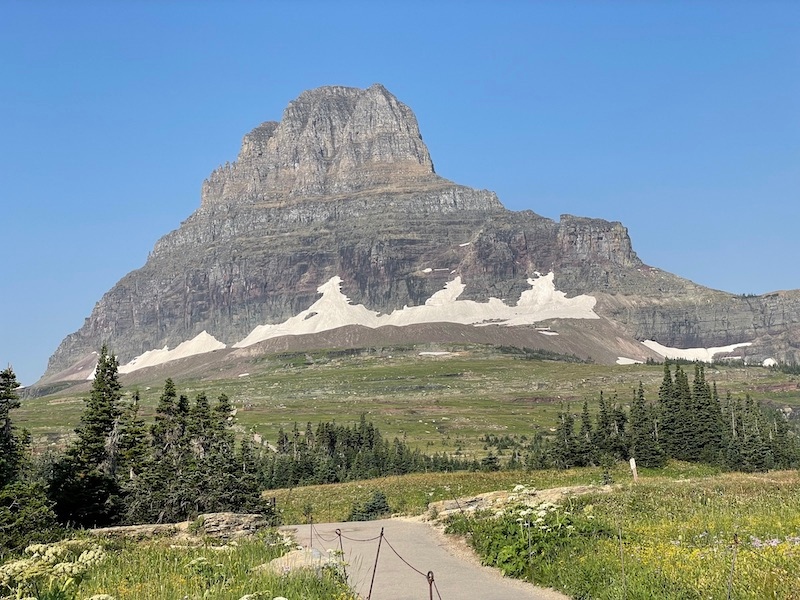 There’s a hiking trail from Logan Pass to Hidden Lake that had a caution about bear activity. That wasn’t stopping a lot of people who were clearly not prepared to meet a bear.

One of the many waterfalls along the way. 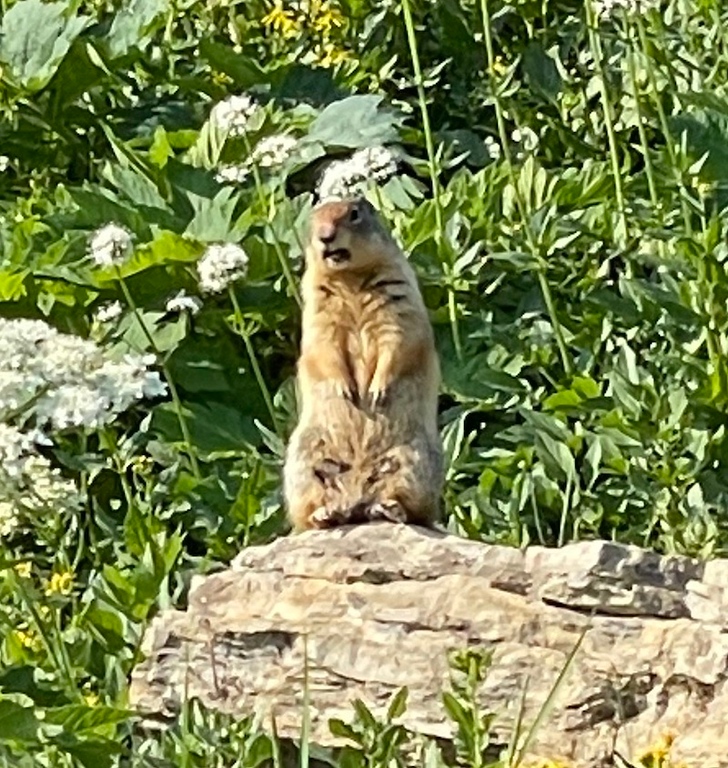 This guy was clearly upset, barking at people. Not sure if he was warning them about the bears, or just warning them that this was his domain.

Not the best quality photo, but when you’re on a motorcycle, going slow in traffic, you take what you can get. This mama Grizzly and her cub were wandering in a field near the east end of the road. When we turned around and rode back by, they had crossed the road and were even closer to us.

We had intended to stop on the way back down the Going to the Sun Road to take more photos, but after the bears, Diana seemed satisfied and we just enjoyed the scenery.

Oh, and just fyi, we found out from the homeowners that if you enter the park before 6am or after 5pm, you don’t need a ticket. So we may go back and do a hike or two.

Meanwhile, we’ve had some time to assess our British Columbia and Alaska plans, and have decided to at least make a run for the border. Or more likely, a slow crawl, as we get in line with all the others who have not been able to head north for over a year.

3 thoughts on “Glacier, and….Lions and Deers and Bears, Oh My!”