First stop this morning: the largest Inca ruins in Ecuador. Ingapirca is an interesting site that was occupied at different times (and together) by the Incas and the Cañaris. 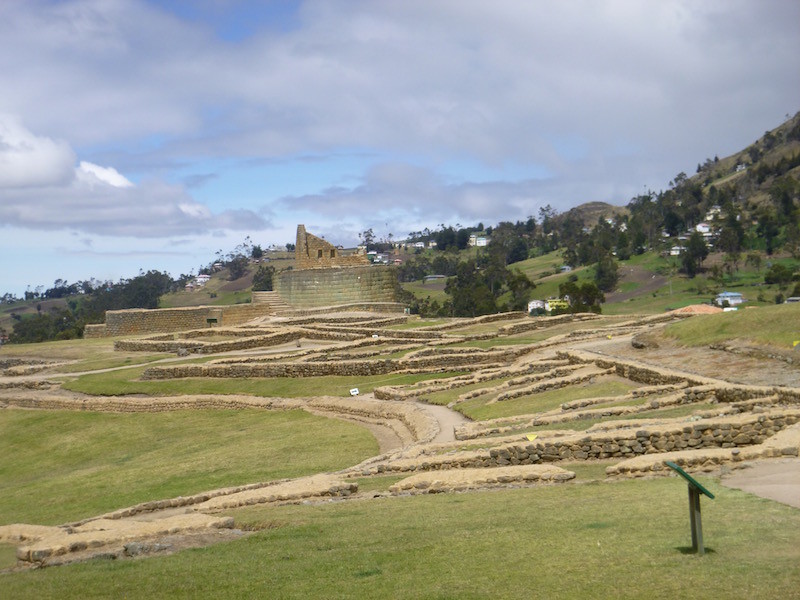 Ingapirca ruins, including the Temple of the Sun in the center.

Part of the original Inca Road that went from Argentina to southern Colombia. It’s in better shape than a lot of the highways I’ve ridden.

The stonework is pretty incredible. These stones were all cut and shaped by hand to fit perfectly together. The tolerances are amazing.

Looking off the backside down into the valley. Beautiful. 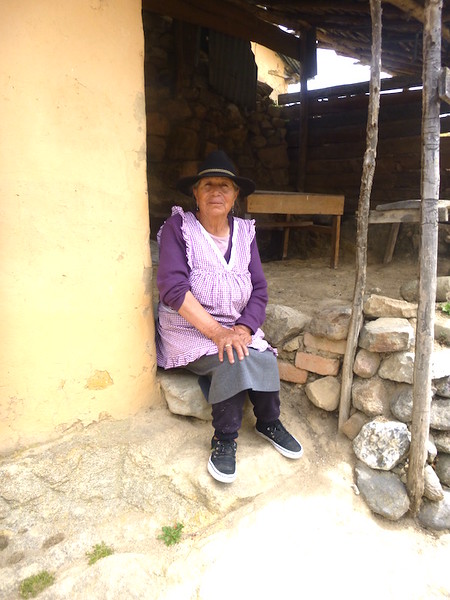 Traditional dress. Well, okay, maybe not the sneakers. But the hat is cool. And traditional.

I met Nick at Ingapirca. Nick started in 2012 in Alaska on his bicycle. He took about 6 months off, but he’s back and headed for Ushuaia at the southern tip of South America. And he prefers off-road. The security guard was a really nice guy that watched my bike while I wandered around the ruins. We talked for a while (in Spanish of course). He thought I was “brave” for riding alone, and he thought Nick was just “crazy”.

After leaving the ruins, I rode another hour or so to Cuenca (I’ve noticed the locals pronounce it “Kwenk”) and headed straight to the local Yamaha dealer to have my oil changed. The store is beautiful with all the current “Revs Your Heart” signage and colors. The guys here were extremely accommodating, changing my oil immediately.

Looking down from the second floor museum and offices. They had a lot of nice 70s and 80s vintage machines up here.

I had one of these before I left on my trip. I hope I still have it when I return. (First year YZ125) 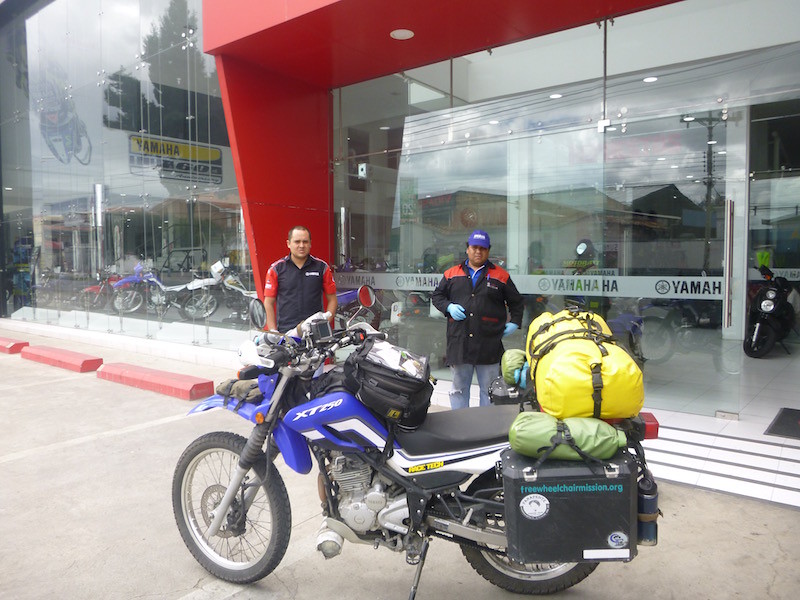 Why aren’t U.S. dealerships this nice?

When I arrived at my hostel, there was just barely room for my bike in the lobby. That’s because there were two BMWs already in there….belonging to Daniel and Josephine from Germany. Daniel made a movie a couple of years ago called Somewhere Else Tomorrow that won several awards. I met him in Flagstaff, Arizona in May 2014 at Overland Expo and he presented the movie there. Small world, again.

Daniel and Joey are also headed to Ushuaia by February.

I plan to explore Cuenca a bit tomorrow, then move a little further south.