It poured rain during the night, and the rain on the tent was extremely soothing. I probably had the best sleep of the trip so far.

In the morning, I visited the Teotihuacan Pyramids. The Pyramids of Teotihuacan are the third largest pyramids in the word, behind Cholula and Giza. This city was built between 100AD and 250BC, and includes the pyramids and many multiple-family complexes. It was a huge city, with a population of around 125,000 people in the first half of the first millenium AD. 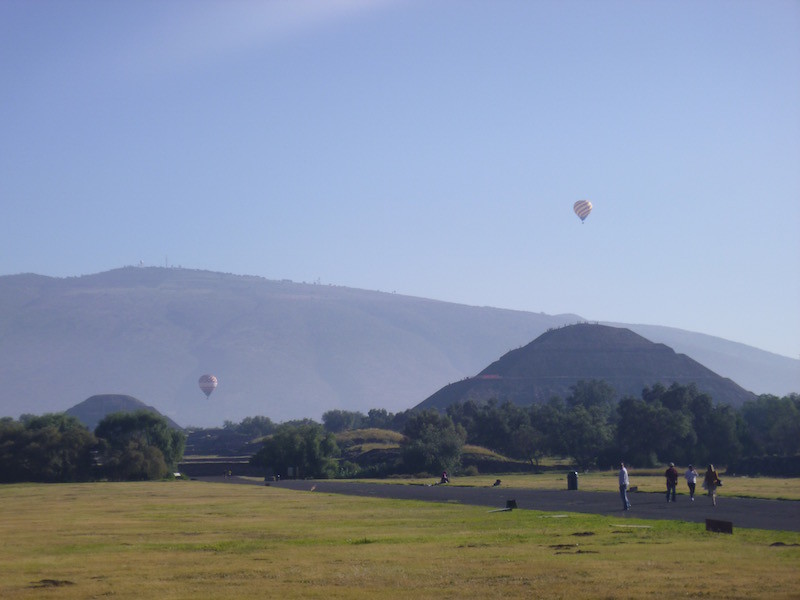 Pyramid of the Moon with hot air balloons in the background 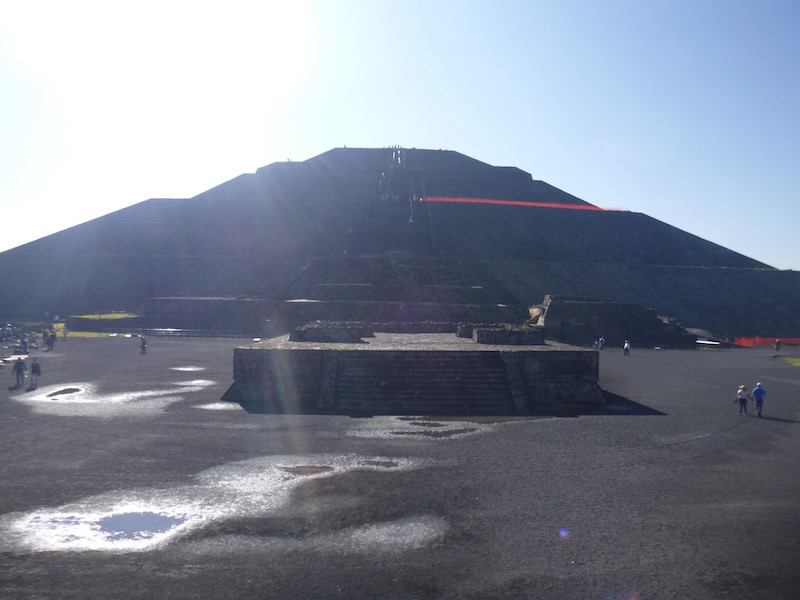 Pyramid of the Sun. Apparently the pre-Colombians have since discovered orange safety fencing. 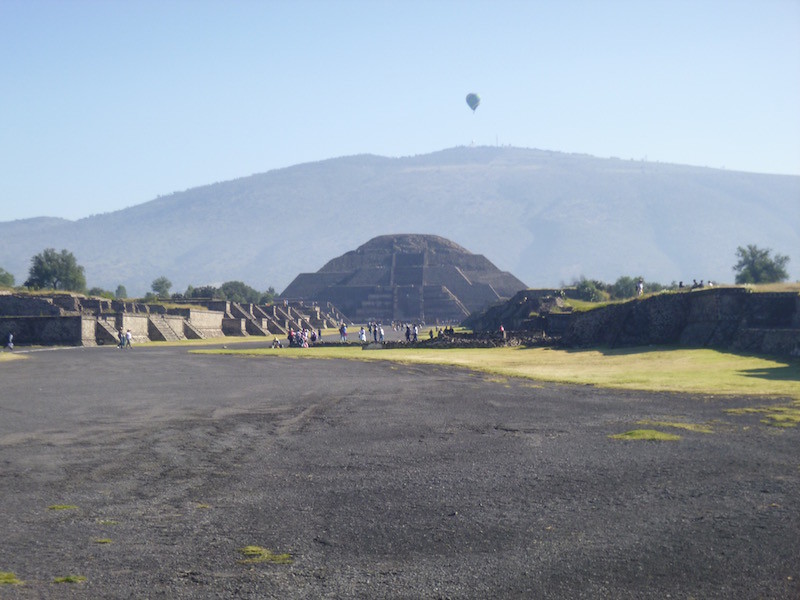 Gratuitous Selfie from the top of the Pyramid of the Sun

Having walked the ruins, I returned to the Teotihuacan Trailer Park, packed up, and said goodbye to Ilka and Gunther. 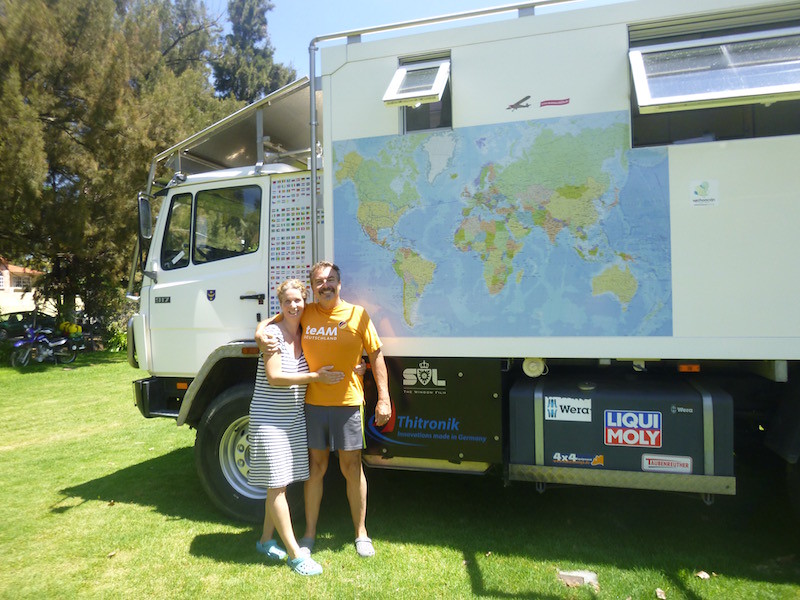 Ilka and Gunther. Two and a half years into a ten year journey.

Before leaving, the owner of the campground, Mena, brought me a peeled Tuna to try. It was extremely good, seeds and all. Nice, cool fruit. I’ll definitely be looking for more down the road.

I headed south, planning to stop for the night around Puebla or Tehuacan. However, when I got to Tehuacan, the hotel I had hoped to stay at turned out to be in the downtown of a very large city, with no parking for the bike. So I continued south, on a small backroad (that is also the main “free” highway). By around 7pm I was beginning to get concerned that I wouldn’t find a place to stay before dark, and I had made myself a promise not to ride after dark. The road turned to dirt, and after nearly 10 miles of dirt, the pavement returned. Not long after hitting pavement again I rounded a corner and saw a small Hotel sign in a window. Just before dark. Not surprisingly I was the only resident that night. The hotel was fairly clean, but not much ventilation, and although it cooled off later in the night, the room was muggy for the first few hours. 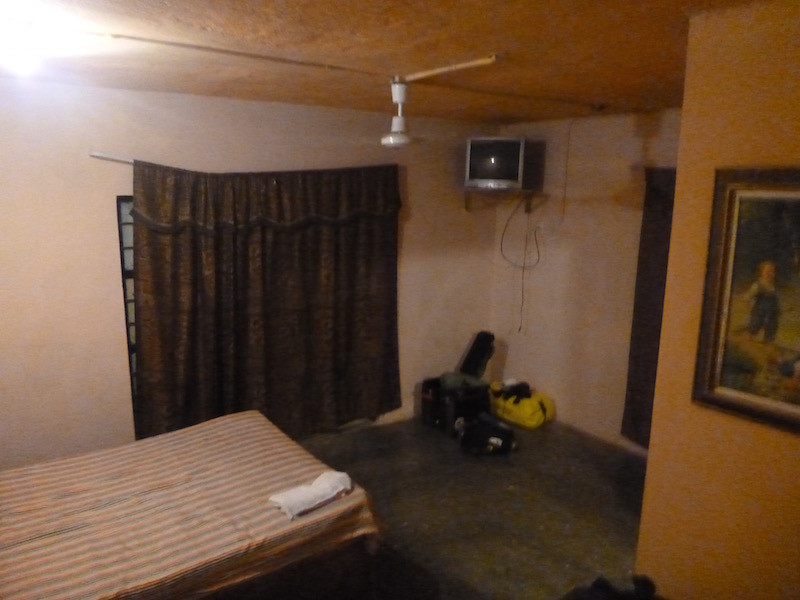 The scorpion in the shower didn’t help my ability to sleep. It was a restless night.

One thought on “Into the “Real” Mexico…the Good, and the Bad”