Leon is a big city. Too big for my tastes. So I decided to pack up and head for Granada, a smaller town on the shore of Lake Nicaragua. 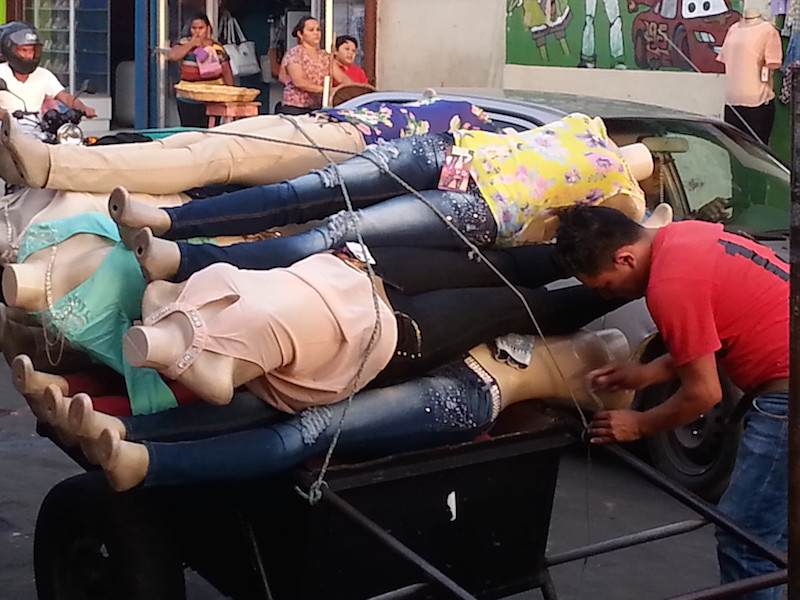 Heading out of Leon, this caught my attention. My mind immediately went to Monty Python and the Holy Grail: “Bring out your dead!”

In an attempt to make the ride between Leon and Granada a bit more interesting, rather than the short straight ride that it is, I headed to the coast first. The ride from Puerto Sandino down to El Transito was short but interesting. For most of it you would never know you were parallel to and just off of the Pacific Ocean.

If you look closely, you can see the ocean in the background. Notice that this is Nicaraguan Highway 52.

From El Transito, I took Highway 40 (another dirt road) back to Highway 12 and continued south towards San Marcos and eventually on into Granada.

Granada is a nice colonial town that has become quite a tourist spot. There are a lot of hostels here, and like many other places I’ve stopped recently, a lot of German backpackers. The town itself is fairly small, and easy to walk around. This morning I walked down to the lakeshore. It’s warm (more humid than hot really) so I chose not to take a boat to Las Isletas. There are a lot of tiny islands in the lake and a number of local boat operators that will take you there. 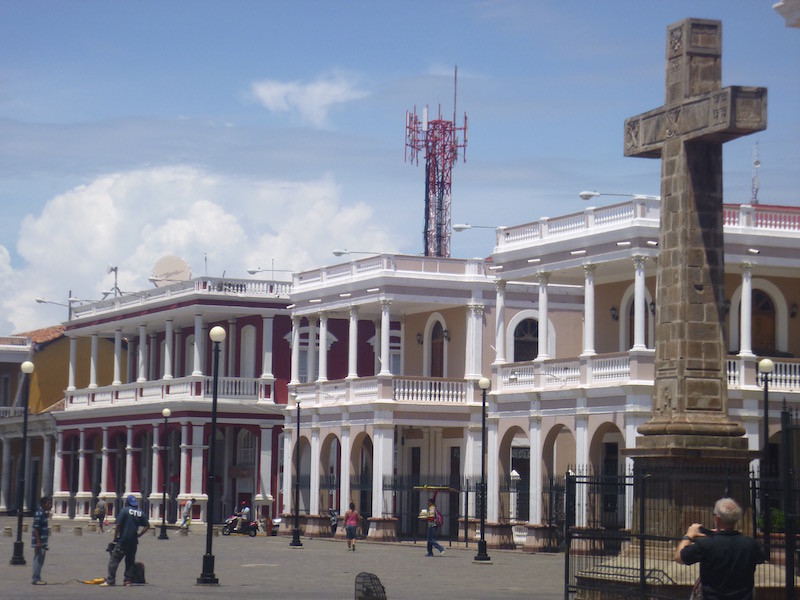 The Malecon along the lakeshore. 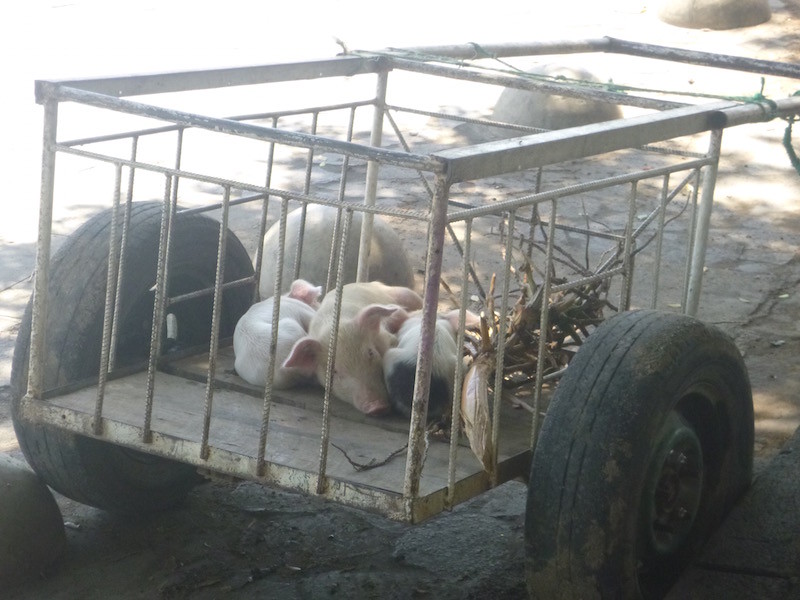 Heading back from the lakeshore I saw these three little pigs napping in a cart. 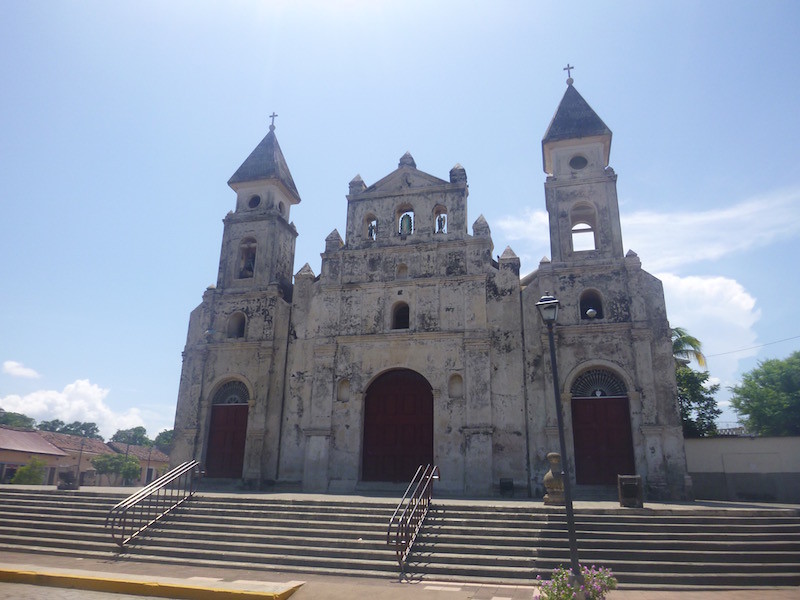 Just next to the Guadalupe Church is La Calzada, a nice if touristy pedestrian street filled with restaurants. The prices are very touristy also, so I ducked into a brick-oven bread shop and bought some great focaccia bread for lunch, and saved my money for dinner on La Calzada. 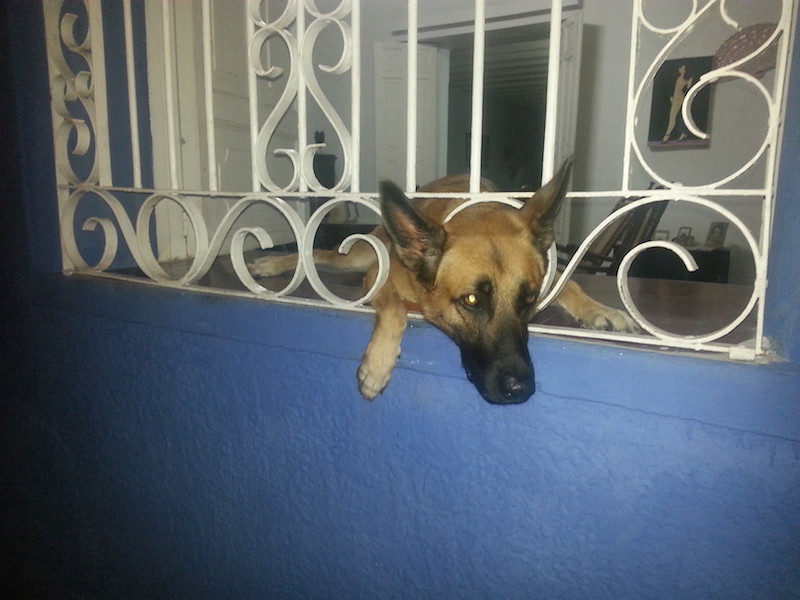 Walking back from dinner I ran across this guy. I’m still not sure if he was stuck, or this was his normal method of viewing the action on the street. He seemed content. 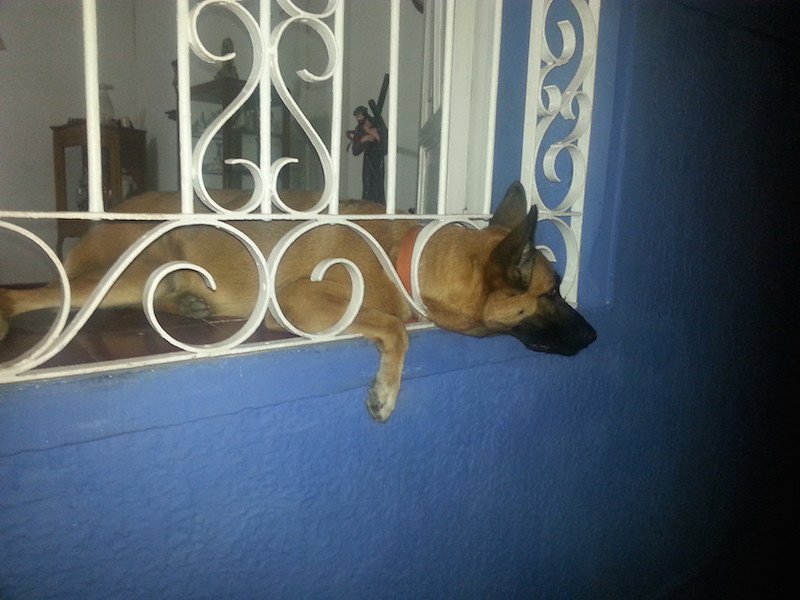 2 thoughts on “Leon to Granada”