This morning I said goodbye to Ove and Aase, the owners of Magic Stone B&B. I feel like I made new life-long friends in the two days I was there, and I definitely feel that I will see them again in the future, though probably in a different town.

Ove & Aase, two of the nicest people you will ever meet and one of the best places I’ve ever stayed.

I headed west and then north, back towards Quito, but at Latacunga I turned west again and headed toward Zumbahua. The climb up to Zumbahua was windy, drizzling, and about 42°F at 13,000 feet elevation. Most of today was spent between 10,000 and 13,000 feet. 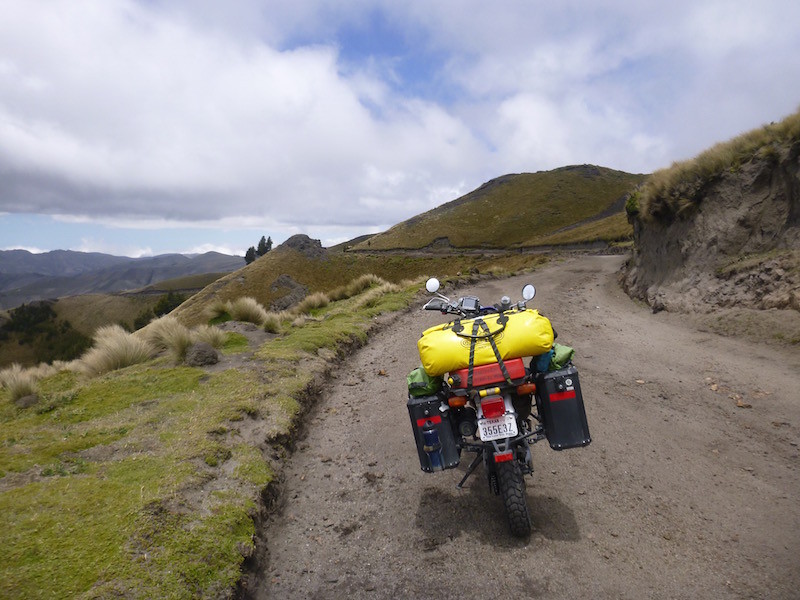 The road from Zumbahua to Quilotoa is paved, but that doesn’t mean you have to go that way!

Laguna de Quilotoa sits in a volcanic caldera at just under 13,000 feet, and is the western-most volcano in the Ecuadorian Andes. At least by now the sun was beginning to break out. 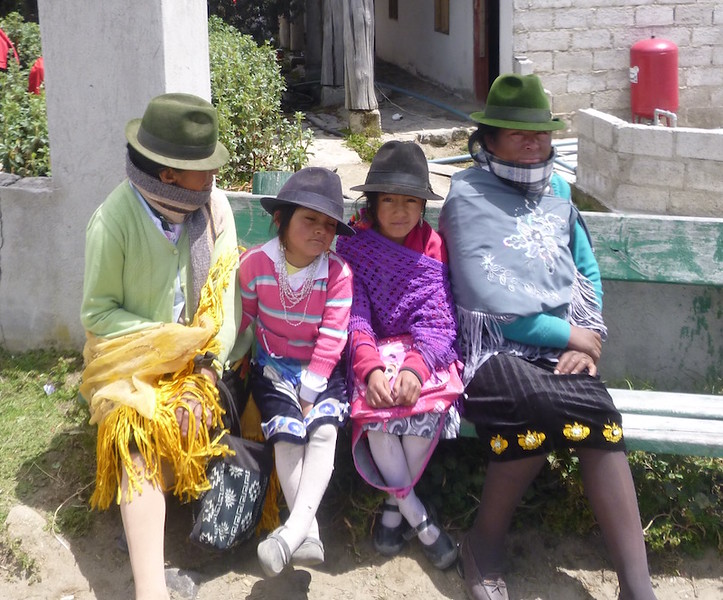 Nearly everyone in this area wears traditional dress. All of the women I passed, whether selling produce, herding sheep or cattle, or working in the fields, wore the traditional dress and hat.

Not long after leaving Sigchos on my last leg headed back to Latacunga, I met Ian Willcox on his KTM. He’s from Scotland, but started in Australia and arrived in Bogota, Colombia about a month ago. He has a tremendous blog/website. He’s also headed south with a similar time frame, so chances are good I’ll run into him again somewhere down the road.

Ian said I was the only other motorcycle traveler he’s met since he got to South America. I’m sure that will change.

I planned to stay in Latacunga because I had heard of this incredible festival called Mama Negra, that (supposedly) takes place on the second Saturday in November. I guess somebody counted wrong this year, because after I checked into the hostel I found out the festival was last weekend. Doh. Oh well. The “other” attraction here, Cotopaxi, is closed due to the recent eruption. So I’ll likely head south again in a day or so.

I’ve stayed in places in Japan and France where the bathroom was the shower, and the drain was just in the middle of the bathroom floor. It makes sense in a small bathroom. This one is a little different: the sink, mirror, light switch and electrical outlet are literally IN the shower. You have to step over the ledge and behind the curtain and stand in the shower to get to the sink. But the toilet is outside the ledge and curtain.