Another day of nothing to do but recover, so I thought I’d post a couple of interesting photos I took recently…

I’m sure this will make the next Martha Stewart book: Don’t have a shower curtain? Or don’t want the ugly inconvenience of a shower curtain, but want to keep the water in the shower?

Simple! Wrap duct tape around the shower head to act as a diverter. Well, it kinda works. And it IS cheaper than a shower curtain. Yep, this is what you pay for when you stay at the hottest places in Bolivia. 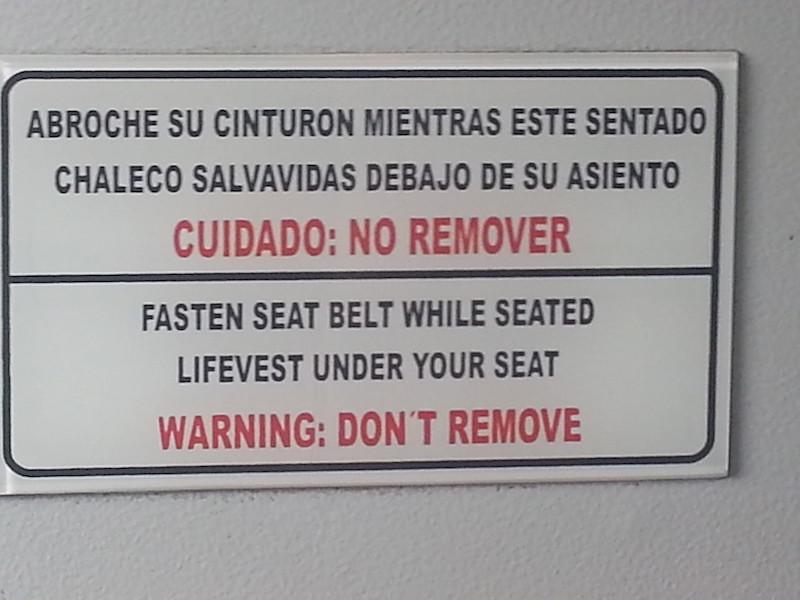 As seen on the flight from Lima back to Huanuco, Peru. “OMG!! We’re gonna crash into the ocean! Quick! Where’s my life vest?” “It’s under your seat. But you are NOT allowed to remove it!”