Thursday was a day off from racing, and I took a ride around the TT course as well as a stop in Douglas to walk through the paddock area, and a visit to a few other places.

Before heading out, Brett and his dad and friend stopped by to repay me with a new inner tube for the one I put in his CRF the day before. I insisted he keep the new tube as a backup. During the fix-a-flat the day before, Brett had commented on my portable air compressor I was carrying with me, and I had mentioned that I didn’t have a backup plan if the compressor failed (originally I had packed a few CO2 cartridges in my fender bag with a spare tube and tire levers, but I had lost the bag on the Paso Roballos crossing in between Chile and Argentina). Unbelievably, Brett handed me a new bicycle hand pump as thanks for helping him out. Totally unexpected. Continuing my interaction with great people along my trip.

Totally unexpected gift from Brett after fixing his flat the day before. 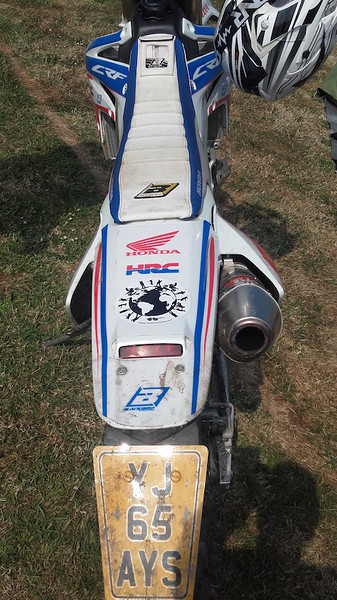 “2RideTheGlobe” is now riding along on the Isle of Man trails as well.

After fixing his tire, they had headed back up the mountain and while riding the trails, met up with David Knight’s brother (for those unaware, David is a former World Enduro Champion and all-around expert racer). They had a great afternoon riding some challenging trail, but eventually got separated and had a bit of an extra challenge getting themselves out of a precarious situation they had ridden into. As usual, these make for great stories after you’re finally back home safe.

There are at least four motorcycle museums on the Isle of Man, but perhaps the most interesting one, in an odd, eccentric kind of way, is Murray’s. 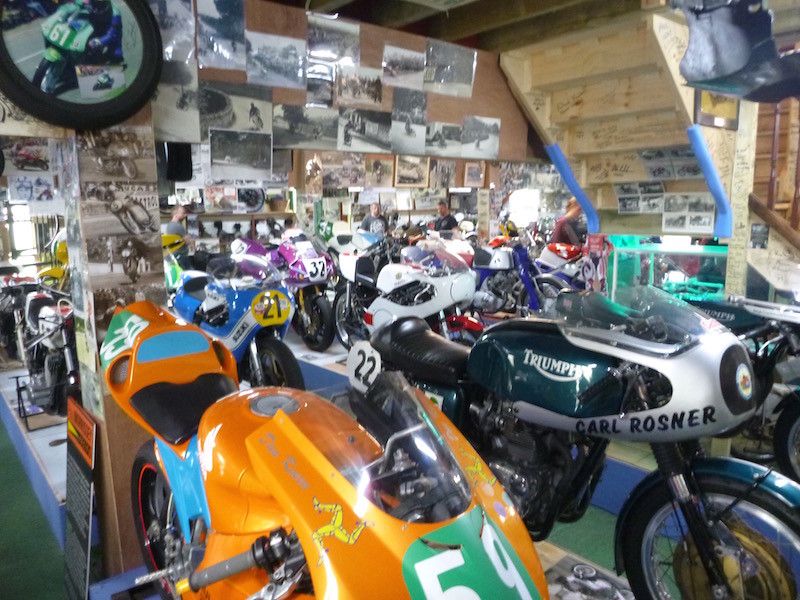 Nice collection of racers at Murray’s.

Organization? This IS organized…

After Murray’s, I headed a half mile down the road to the Fairy Bridge. This place has always been a place to pay tribute to the “little people”, but it has become a series of memorial tributes to people (mostly riders) lost in the past year.

Next I headed to the paddock area. Even though it was a day off, the paddock was mostly open and it was interesting to see a very similar setup to US roadracing, with the large transporters and pit area. 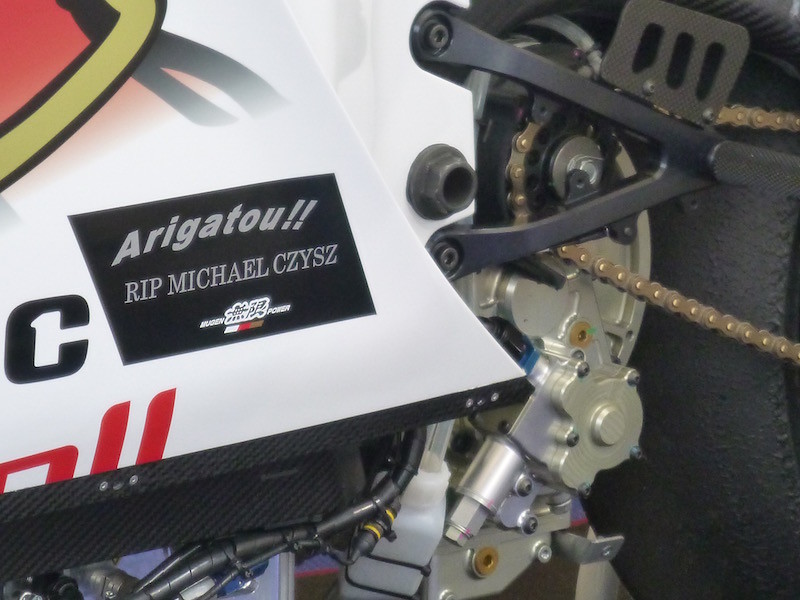 Nice tribute to Michael Czysz on the Mugen electric bike. 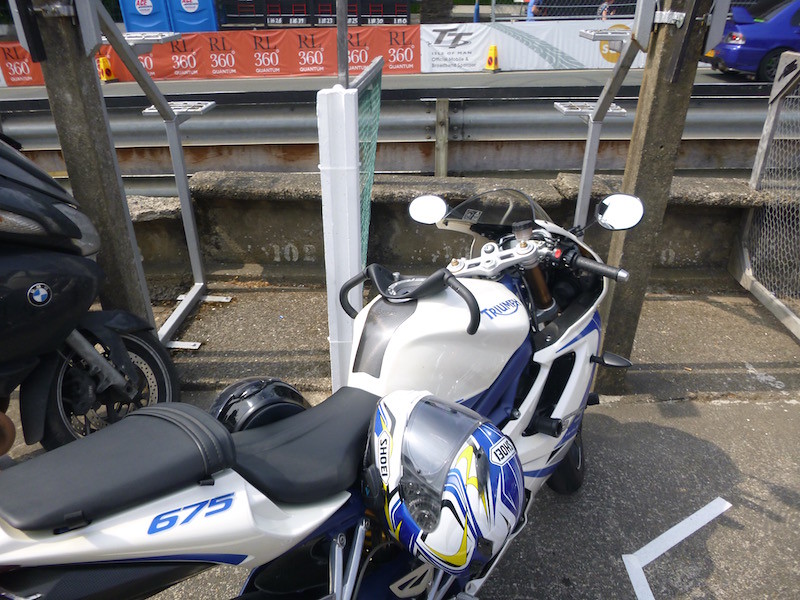 I hadn’t seen one of these before: passenger handhold. Odd, but I suppose it makes sense if you’re going to ride like a total idiot on the street with a passenger. 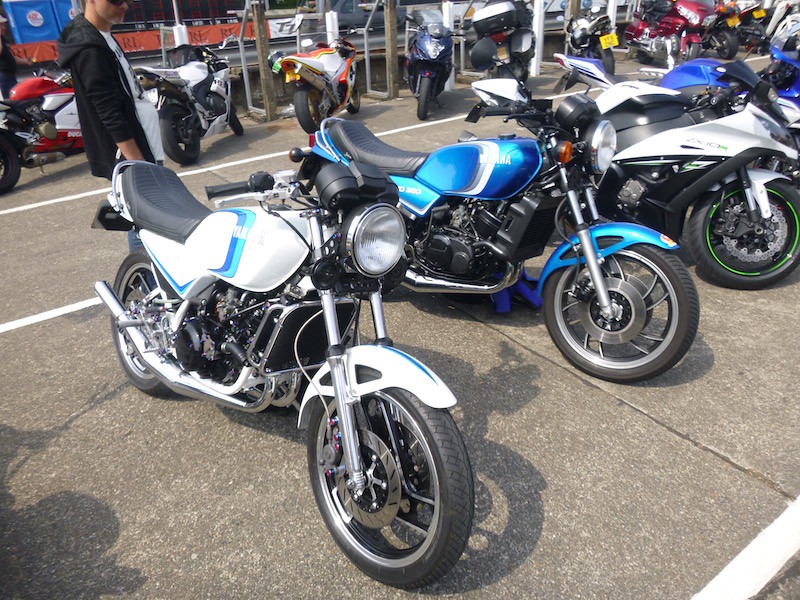 A matched set of Yamaha RD350LC two-strokes. Lots of two-strokes on the street here.

Yes, I am a geek: I find these little Hondas cool. Nicely modified version.

As I walked back to my bike, these guys were parked near me and preparing to leave: two on 250 two-stroke dirt bikes (but street legal here), and their riding buddy on an off-road version of a BMW K-bike. I know which one I’d pick…

Later in the day, my friend Alfred from Georgia showed up. This is his third trip to the IoM TT races, and it was great to see him and talk about future TT plans. 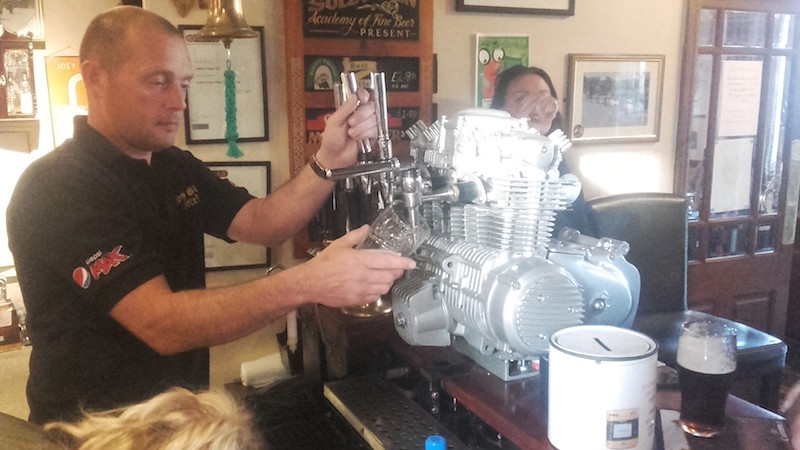 Alfred took me to dinner at the Sulby Glen Hotel and Pub, where they pour draught beer from a Honda 4-cylinder engine. Very cool.

11 thoughts on “Random Photos from Isle of Man”