This road truly seems to go on forever.

If you’ve ever driven through the King Ranch in South Texas, or up Highway 395 between Victorville, California and Ridgecrest, then you know the feeling of driving a long, straight two-lane road with nothing but desert scrub in either direction as far as the eye can see. Now, instead of that long, straight road going a hundred or even two hundred miles, imagine it going for 1,800 miles. In other words, if you left Raymondville, Texas (near the Mexican border) and drove north through the King Ranch, the scenery wouldn’t change until you got to, say, Winnipeg, Manitoba, Canada. That’s the same distance. With a few dots in the road along the way for towns, but for the most part, nothing and nobody. Yep, Argentina is a big country.

Thankfully there are occasional detours to places that are a little more interesting.

Rada Tilly. I camped here one night at the municipal campground a couple of blocks from the beach. Nice town. 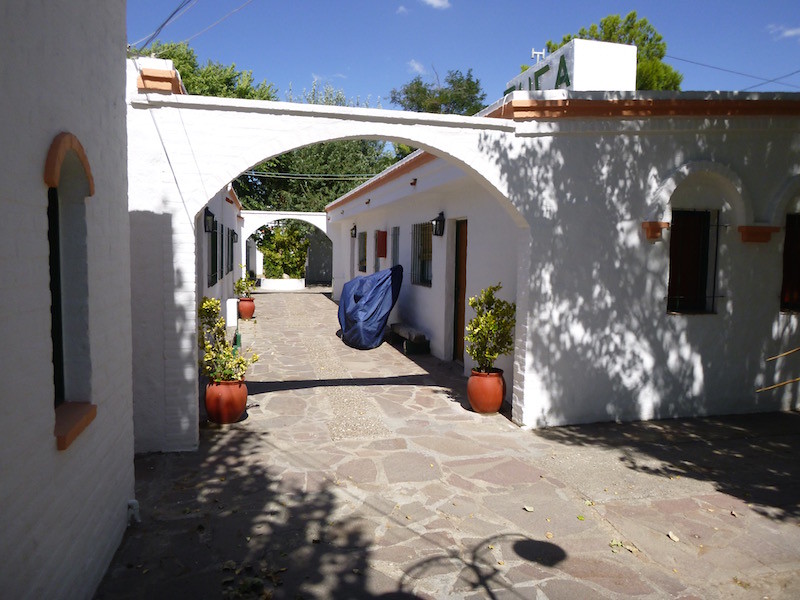 Puerto Madryn. I spent a couple of nights at the Ruca Hue bungalows. Reasonably priced, with my own kitchen, good wifi, and walking distance to the main area of town and groceries. Always nice when the staff encourages you to park your bike as close as you want to your front door.

Playa Larallde on Peninsula Valdes. Thirty miles off of Ruta 3 heading east across the peninsula, then six miles down a gravel road (the last mile was actually just beach sand). I had the whole place to myself all day and night, with the exception of a few hours in the evening when a couple of fishermen showed up. It was so dark that night (just a sliver of moon) that I was amazed at the stars and the Milky Way in the sky. And for the first time I saw the Southern Cross.

Low tide. That big rock sticking out in the water is about 15 feet from the water to the top. 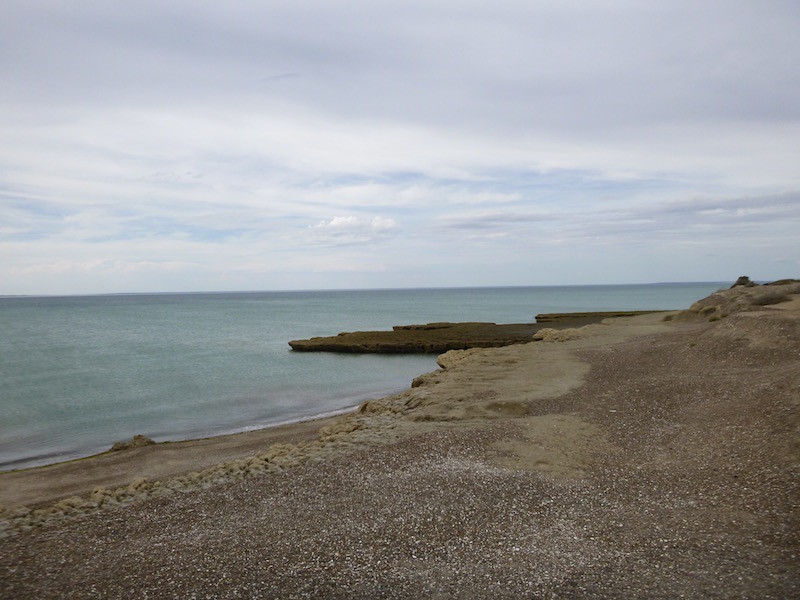 Nearing high tide. At high tide, the rock was completely submerged. Made it easy to figure out where to put my tent.

Only 771 more miles to Buenos Aires!