The ride from Grutas de Tolantongo to San Miguel de Allende was relatively quick and the weather was awesome, with beautiful blue skies and temperatures ranging from the low 60s to the high 70s. We passed through Queretaro on the freeway…a bit like riding a 250 down the 405 freeway in Orange County, but without having to split lanes. Orderly, with construction zones. Queretaro is a big city with a nice clean look to it, at least from the freeway.

We pulled into the San Miguel Tennis Club mid afternoon. The tennis club is a number of clay courts and a campground that is fantastic: clean, secure, and right in town, with hot showers and fast wifi. We can walk to everything from here. There are a few other overlanders staying here, including Sebastian and Andrea and their two kids from Boston who are touring for two years in a caravan (motorhome), and a German couple in a MAN overland coach who have literally been here for years. Andy and Emily (and their two dogs) from Destino Pura Vida came through last night from Texas in their Subaru on their way to their new life in Costa Rica. 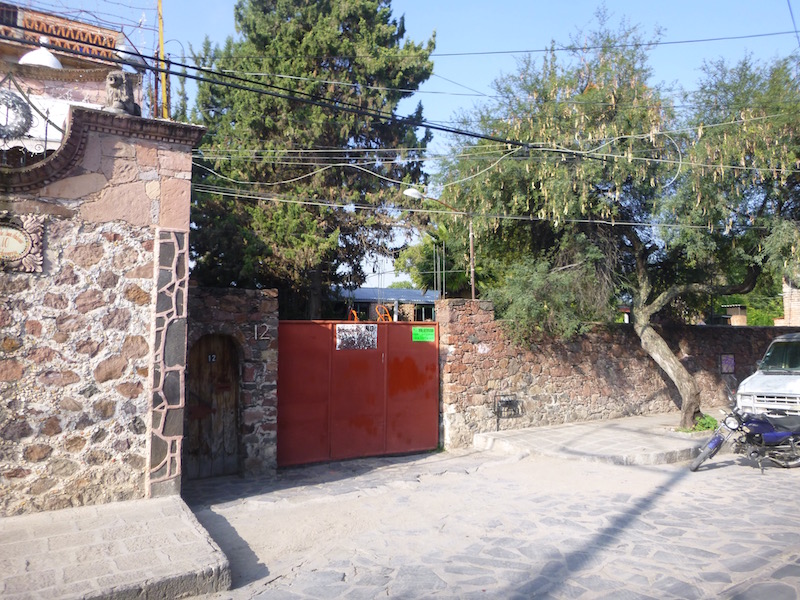 San Miguel is an absolutely gorgeous old colonial town with many buildings from the 17th and 18th centuries, and a large artist community. The city center is designated a UNESCO World Heritage Site, and there are no traffic lights, no neon signs, etc. While many of the colonial buildings have been remodeled into businesses or residences, the exteriors retain their original appearance. There has been a huge influx of expats from the U.S., Canada, and Europe and the influence shows. As we rode into town the GPS routed us through a suburban neighborhood that looked like a Mexican version of Beverly Hills. Later I walked by a real estate office, and saw townhouses listed for around US$180,000 to $200,000 and there were many beautiful homes listed for $700,000 to well over a million dollars. There are still many reasons people consider retiring here even with the elevated prices: the weather is great, and other expenses are still reasonable compared to the US.

One of the things I find interesting about cities like San Miguel is the courtyards. As you walk down the streets, there are solid walls with a door. The facades look very unassuming. The door opens into a large courtyard which often contains beautiful gardens, seating areas, and more. The homes or hotels or businesses are often located behind the courtyard. 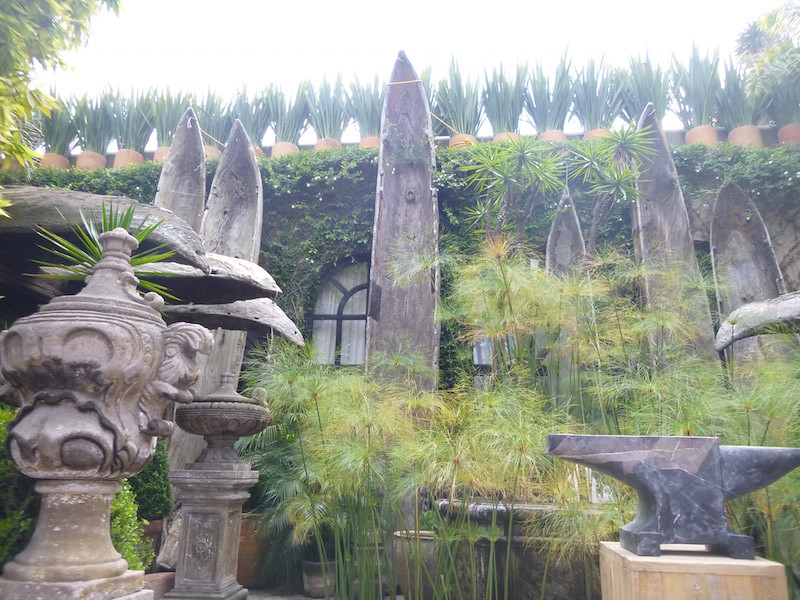 Behind the courtyard gates

Many of the doors on the walls I walked past looked to be hundreds of years old. The beauty and prizes they hide are everywhere in San Miguel. 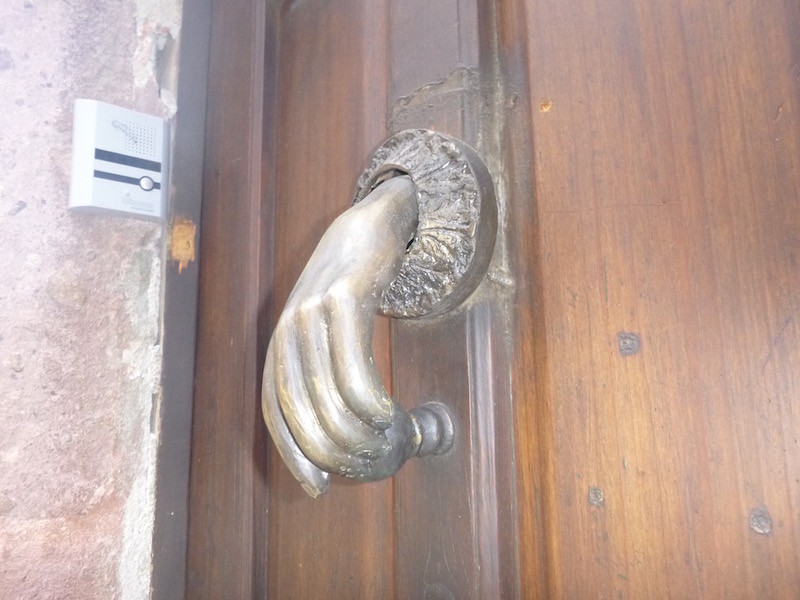 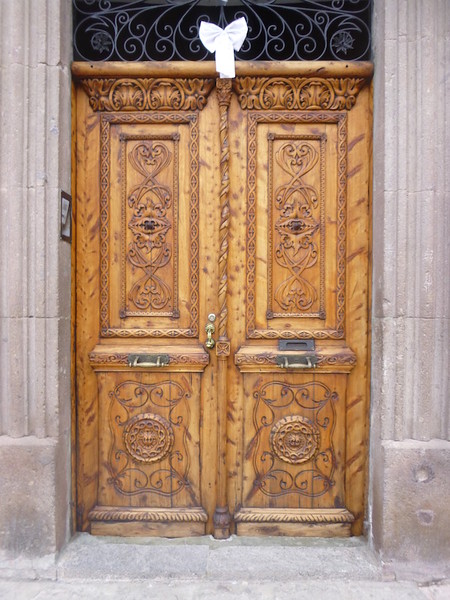 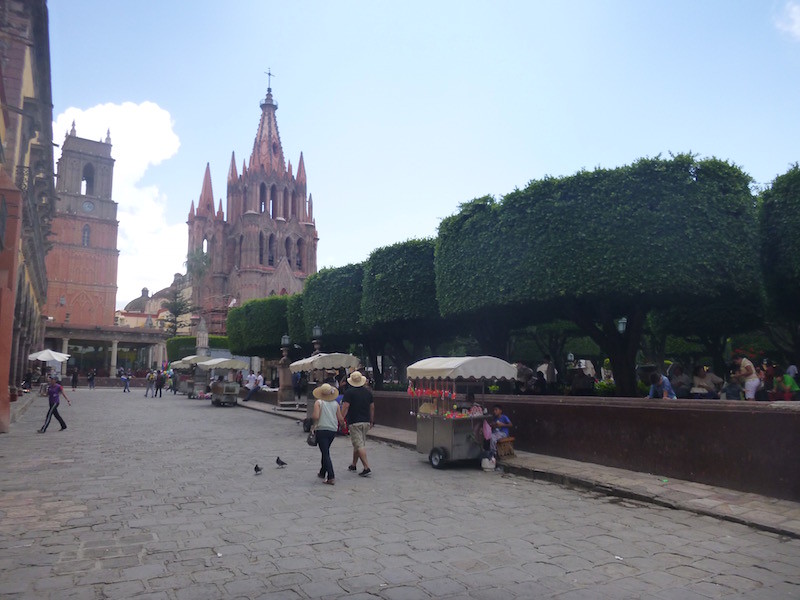 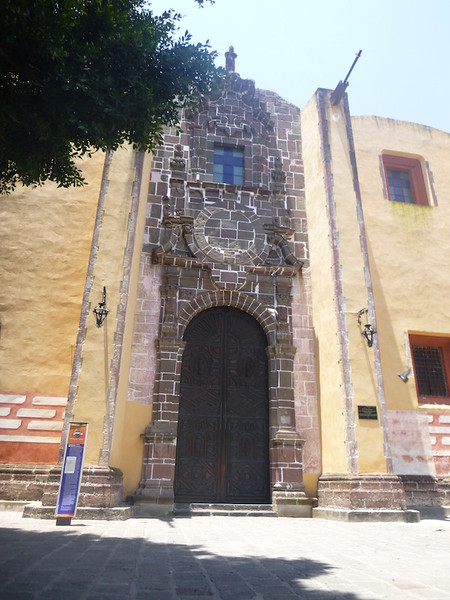 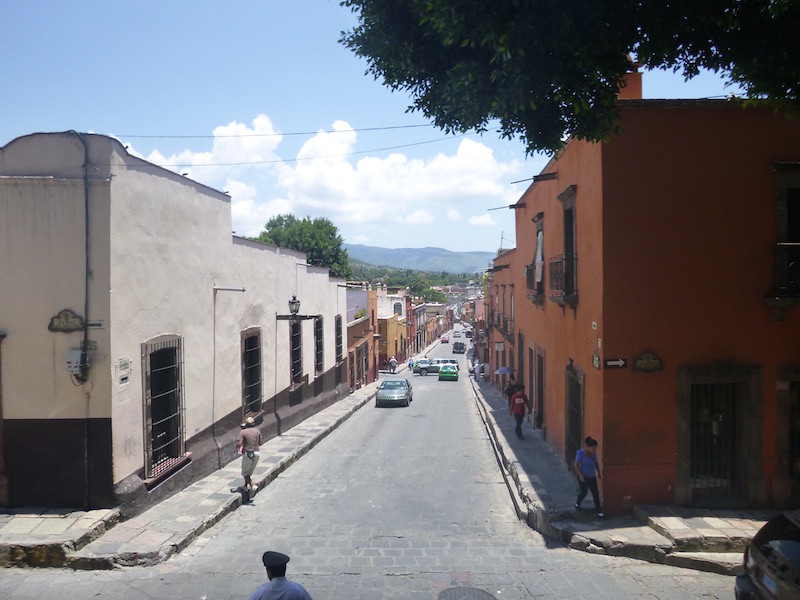 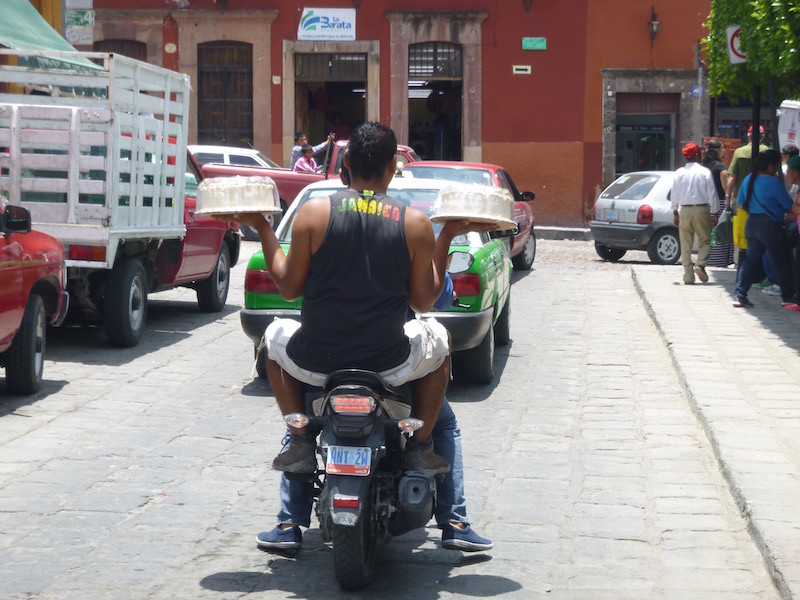 This was impressive. The passenger on the scooter is not holding on, but has a beautifully decorated cake in the palm of each hand, in traffic. 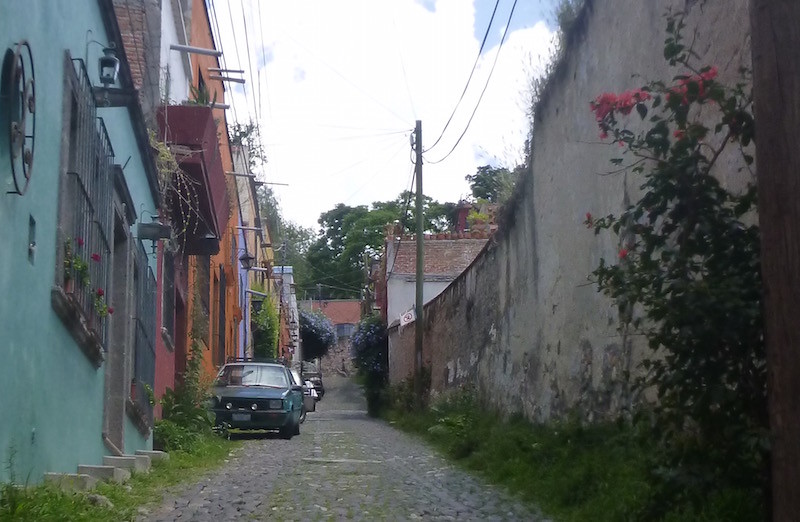 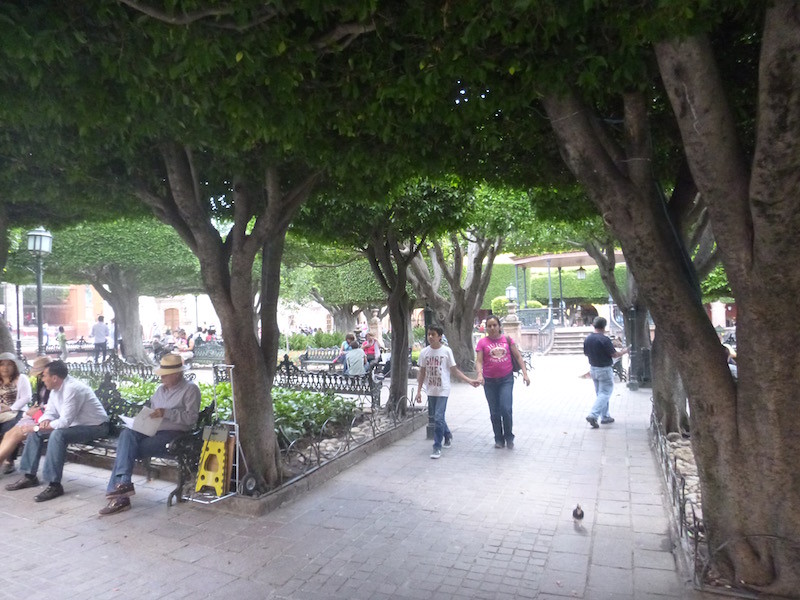 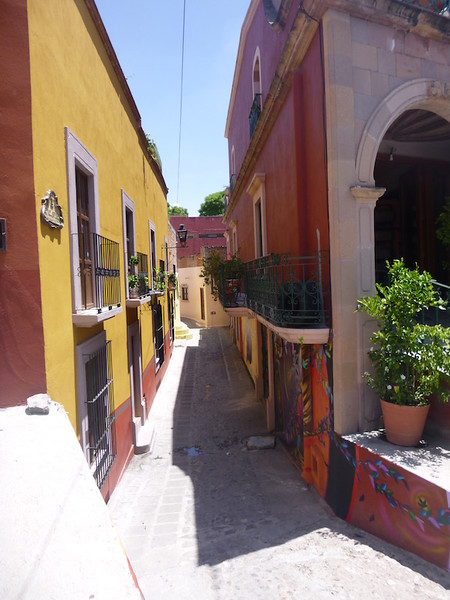 While wandering the town Monday, James ran into Natalie, who is from Paris and in Mexico on work but just visiting San Miguel. I joined them later that evening for dinner and some lively discussion about international politics at an Italian restaurant. It was different to hear nothing but U.S. English throughout the restaurant aside from Natalie’s French accented English. Definitely too many Americans here (one statistic I read said that ten percent of the population of San Miguel is foreign). Very different from everywhere else we’ve been so far. Personally, I like a lot less English, a lot less U.S. influences, and more local flavor.

Another new rule of thumb for me: if there’s a sushi restaurant in town, the town is too big. As much as I love San Miguel, it’s time to move on.