The border crossing from South Africa to Namibia was smooth, for the most part. No “helpers” like in Central America. Nobody offering to watch my bike for a fee. Then again, there isn’t much of anything at the border. Checking out of South Africa and checking into Namibia were both relatively painless, although I did have to pay a “Road Tax” as I entered Namibia of ten dollars (154 Rand). This was my first land border crossing using the carnet, and at least here, where both sides are accustomed to seeing a carnet, it sped the process along quite a bit. No having to make copies of registration or title. Nobody bothered to walk outside and verify the VIN on the bike. 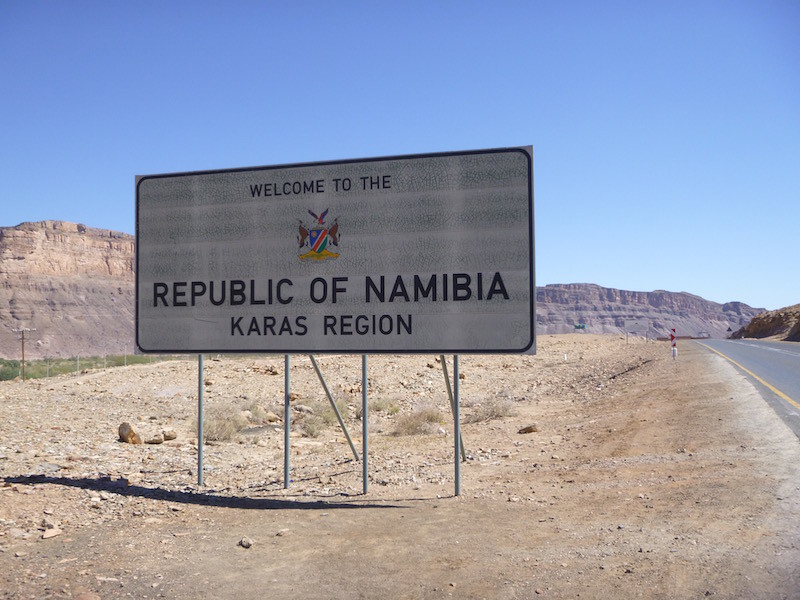 My International Driver’s License was one of the items in the package of documents that I lost in Buenos Aires. I’ve never actually been asked for it before. Ever. In the past twenty or so years of travel, not once. Of course now here I am in the middle of nowhere, Africa, and the border guard is demanding it.

So I tried to explain to him that I had one, but I had lost it in Argentina.

“You can’t drive without a driver’s license.”

Oh, great. This is not going to go well. I again explained that I had one but lost it, and that I had a copy of it on my computer.

“Did you report it lost?”

“Yes, I have an affidavit from Argentina where I reported it lost. But it’s in Spanish.”

Frustrated, he waved me on.

Well, that could have gone worse. Not even a bribe.

So now I’ll have to try to find a place to print a copy of my IDL and hope if I am asked again, that they accept the printed copy.

More highway miles today, but the scenery has definitely changed to desert, and getting more desert-y all the time.

After a hundred or so miles, I stopped for fuel, then turned west onto a gravel road for another 47 miles, eventually arriving at the Cañon Roadhouse, just outside of Fish River Canyon. 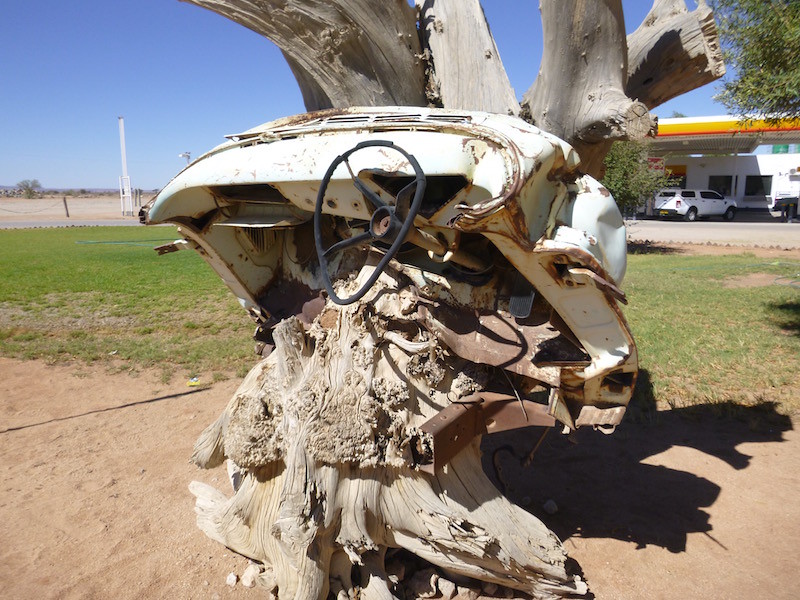 Never leave your pickup truck parked too long in one place. You never know when a tree might grow through the middle of it.

On the way to Cañon Roadhouse. The gravel road was nearly as good as the highway and allowed for a comfortable 50 mph. 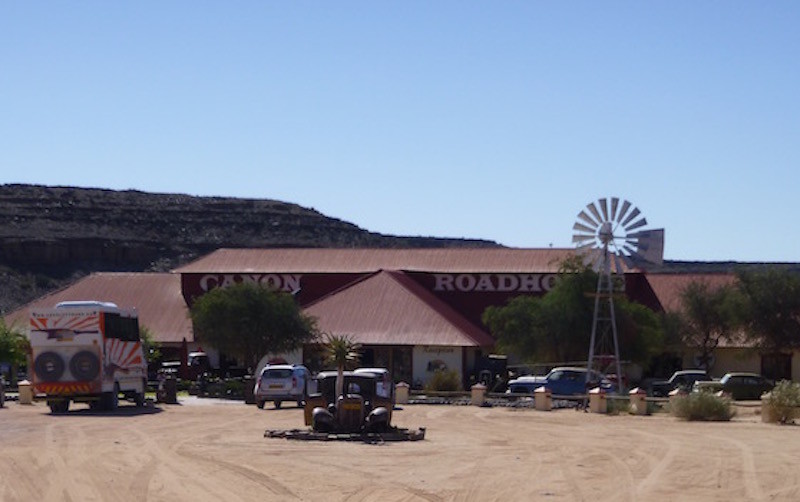 This place is straight out of a Mad Max movie. Lots of old cars and trucks around, including inside the reception area and restaurant. My kind of place. Except that rooms here are around $90 a night, which is way outside of my budget, so I opted for their campground behind the roadhouse. Nice shade trees, very nice bathroom facilities, and I could still take advantage of the reasonable restaurant prices, so I skipped my pasta dinner for a night. 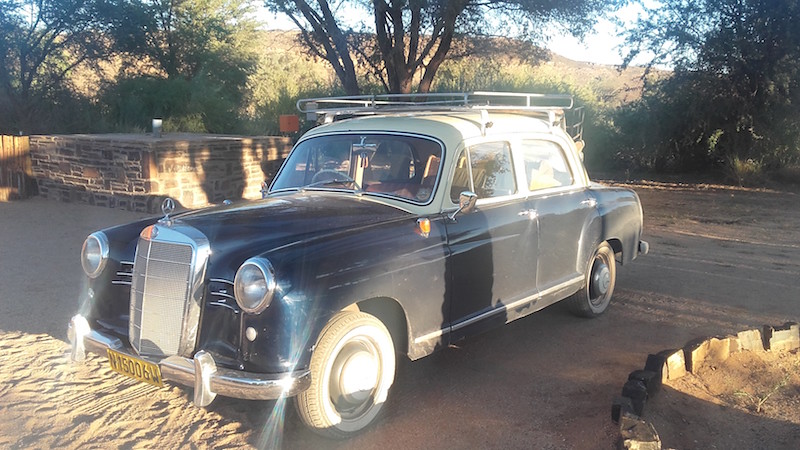 This sign is in the entrance to the campground. I think what it really means is “You and the wild animals occupy the same space.”