We’re back on Central European Time (one hour later), and back on Schengen Time; that is, our clock is ticking on the 90 days we are allowed to remain in the 26 Schengen countries during a 180 day period.

We crept out of London (traffic is a nightmare), and four hours later had made the 110 mile trek to Folkestone to board the Eurotunnel to Calais, France.

The ride on the train under the English Channel is only about 30 minutes, and we spent the time chatting with several British bikers that were headed to France for a club meeting of older motorcyclists.

Once off the train we headed north to Bruges, Belgium for a couple of days of sight-seeing.

First, the beauty of Bruges:

Bruges, “The Venice of Belgium”…it’s also famous for its beer and chocolate, and the water here kind of looked like chocolate too. 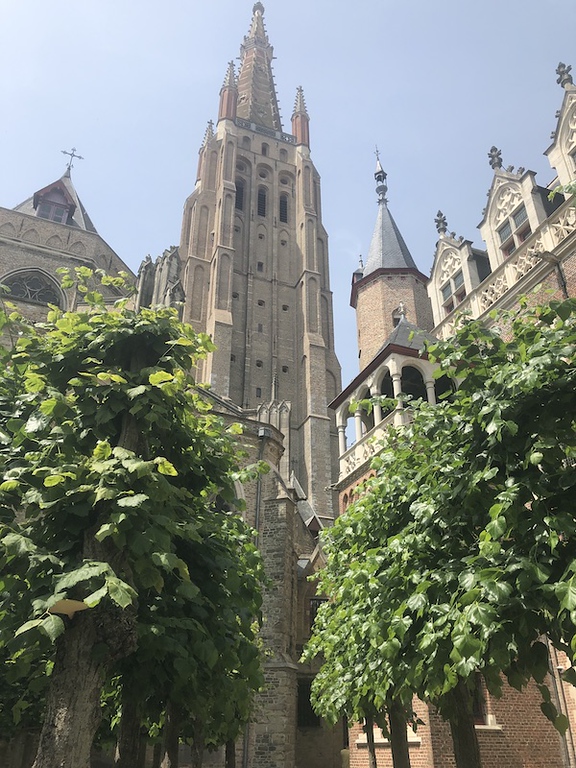 The Church of Our Lady in Bruges. The Madonna and Child sculpture by Michelangelo is here. I would insert a photo of it, but they charge so much to see it that I couldn’t bring my cheap self to buy two tickets. I’m pretty sure it looks just like it does on the internet though.

Market Square. The medieval Belfry of Bruges is on the right. 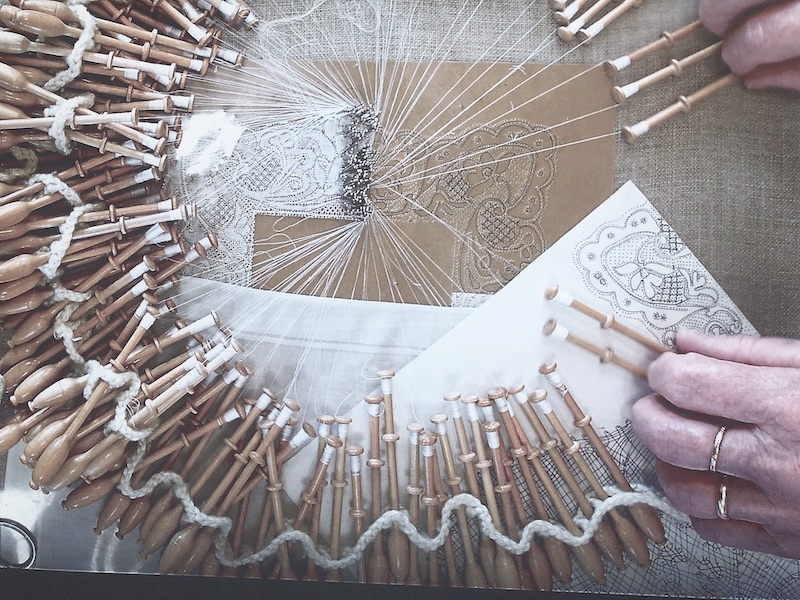 We also went to the Lace Center, where they have exhibits of lace craft work, as well as demonstrations by women making lace. The minute detail is pretty astounding. 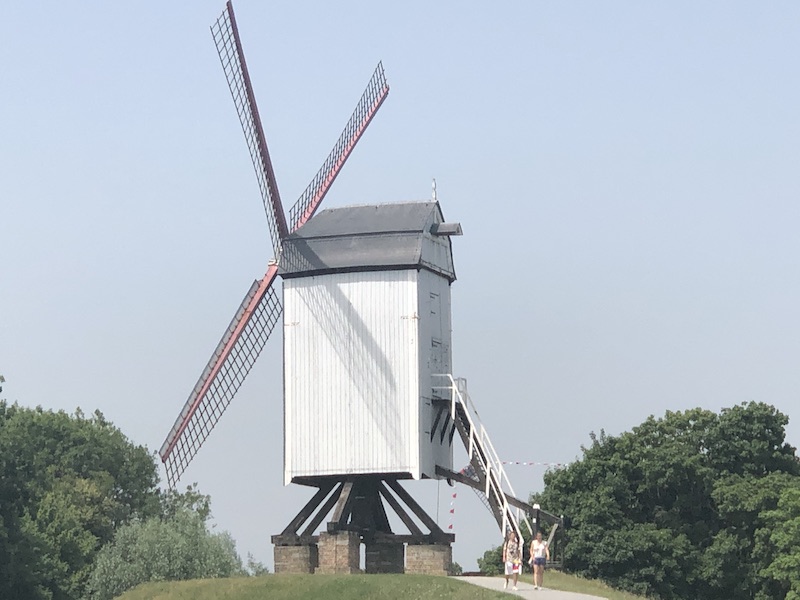 A couple of old windmills. I don’t know the exact dates of these, but this style goes back to the late 1300s in Belgium, and were commonly used to grind oil.

Are the pennants the new Belgian high-tech method of saving the birds from death by windmill? Just kidding, of course. I’m sure lots of birds have met their fate in Belgium and Netherlands over the past 600 years.

Then, the not-so-beautiful part of Bruges, at least to an anti-social hermit like myself:

The sheer number of tourists is a bit stifling, even this early in the season. The tour boats were packed, and there were so many of them that it became a bit of a traffic jam at times.

This is the entrance to the De Halve Maan brewery. We stopped in here to have a beer and a snack on our walk around Bruges. The local Bruges Zot beer is brewed here, and sent 3km by underground pipeline to their bottling plant in the suburbs. The beer from the taps here comes straight from the tanks, and was very good. But the local tour guides line the tourists up in the entrance alcove to tell their story, thus blocking the entrance for paying customers. Too many people for this hermit.

Back at our campground, it was filled to capacity, and there were some pretty interesting campers there.

This Citroen Type H van has been converted to a motorhome. Citroen built these between 1947 and 1981. This is a 1970s model, though you’d be hard pressed to tell the difference. The current owner has had it for 26 years.

We were walking through Bruges when we saw one of these “Side-Bikes” pass by, pulling a trailer. When we got back to the campground, there were two of them there, each with their own pop-up tent camper.

I had never seen one of these before. They’re made in France, and have a 16-valve, 2000cc Peugeot car engine placed at the rear of the sidecar, which drives both the rear wheel of the bike and the sidecar wheel. The driver sits scooter-style, low with feet forward, and the accelerator and clutch are operated with the feet, like a car. The enclosed sidecar is wide enough for two people, and is well appointed.

When we arrived in Bruges, western Europe was experiencing a record-breaking heat wave. But by our second night, a storm front had blown through, and the temperature had dropped dramatically. It rained most of the night and into the morning, but a break in the weather mid-morning allowed us to pack up our wet tent and head north again, this time to Amsterdam.