Getting on the road at sunrise or shortly after has a lot of advantages in Africa. Mostly, it’s much cooler, but there are also less vehicles on the road, so less dust.

That’s not fog…that’s the dust from one truck.

This oryx is larger than a horse, and weighs a lot more. When they are standing on the road or next to the road and get spooked, they usually — and I say usually, not always — run for the side, and often run through the fence. They don’t try to jump it, they just put their head down and plow through the fence. It’s painful to watch. I slow way down around these guys.

I left Sesriem early even though I was only going 53 miles today. I arrived at Solitaire around 8:30am, and it was still relatively cool. 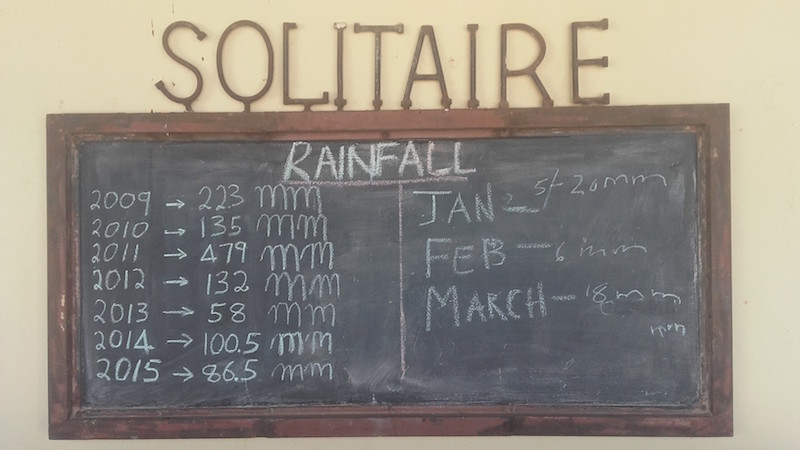 I found a campsite and had breakfast. Before the day got too hot, I decided to check the valve clearances on the bike while I had some shade and could let the bike cool down (another relative term). 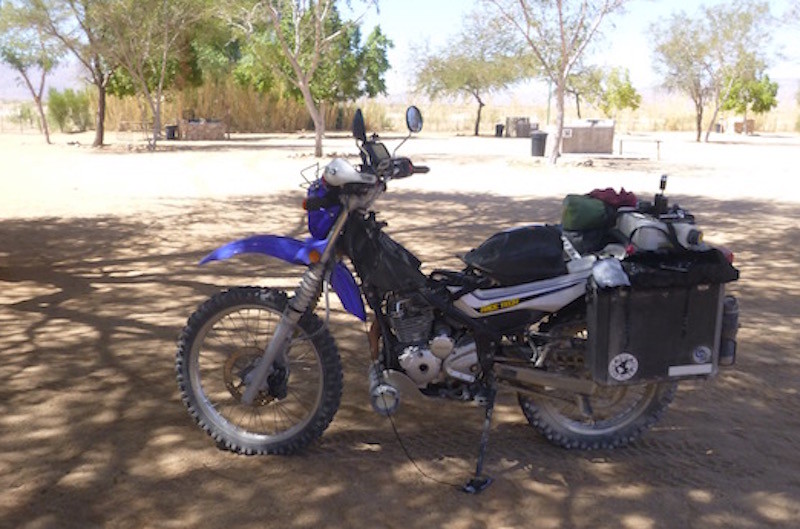 Valve clearances were right where I set them in Panama, nearly 15,000 miles ago.

I just happened to arrive at Solitaire on the perfect day. It seems that the owners were throwing a party for all of their staff this night, with a big buffet dinner, and they invited me to join them. It was a great meal, and my first potjiekos, which is a southern Africa traditional stew cooked in an iron pot.

Sunset in Solitaire with the moon high in the sky.

In the morning I again packed up early and set off for Swakopmund, which my gps said was 169 miles away, with the last 23 miles from Walvis Bay north being paved.

The gravel on this road was better than the previous two days. This is a well traveled road, but I only saw four cars in 150 miles. 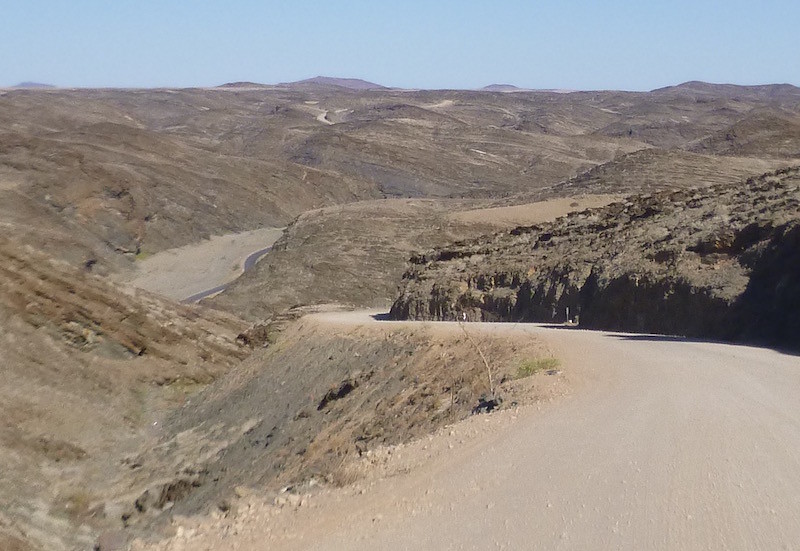 There were two “passes” on the road to Walvisbaai (Walvis Bay). After cresting this one, as I was heading down, I noticed beautiful pavement at the bottom. I’ve learned to be skeptical after Ruta 40 in Argentina. Sure enough, the pavement was 1 kilometer long, then went back to gravel. Why this one kilometer was paved, in the middle of nowhere, I have no idea. 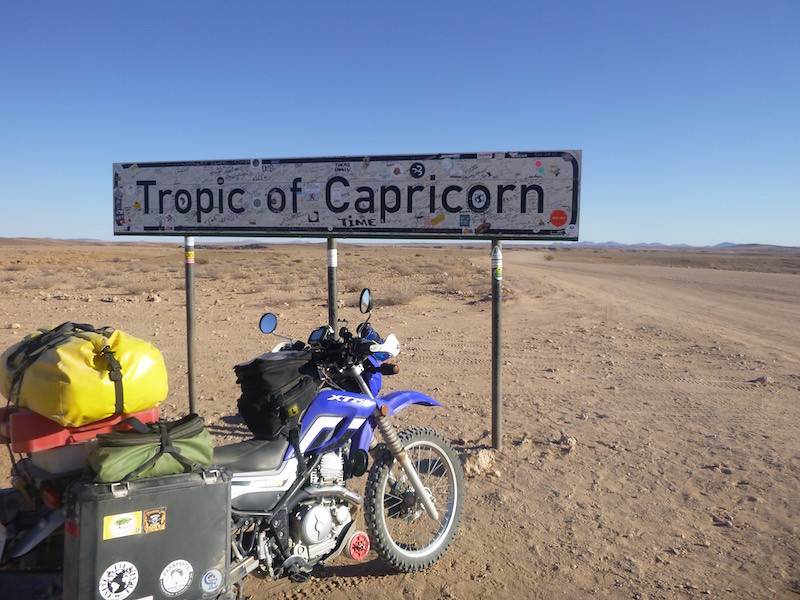 Yes, that is a 2RideTheGlobe.com sticker in the middle of the last “o”.

Off the current topic a bit, but something I wanted to address:

On most of the main roads in Namibia (and South Africa for that matter), there are these rest stops:

They all have a shade area, and many have three rings with trees in them, along with a braai stand (BBQ). 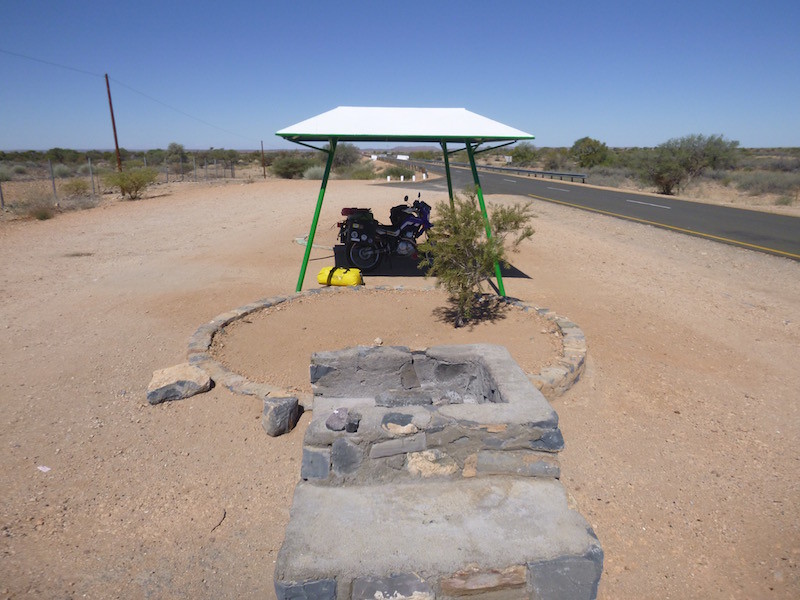 Braai stand at the rest area.

The braais are wood-burning. But this is the desert, so where do you find wood?

2 thoughts on “Sesriem to Swakopmund”