After a good night’s sleep, we pack up without making breakfast or coffee, because we are headed to a place that has five cent coffee. 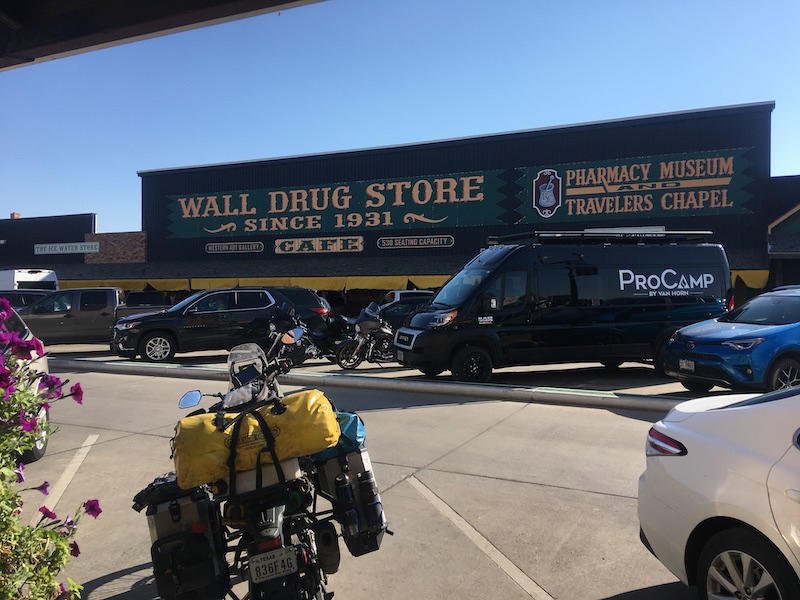 This place is kind of a cultural icon, in a “See Rock City” kind of way, and is known throughout the US. The story behind it is pretty inspiring, especially in a town of 800 people.

From Wall, we head south to the Badlands.

Badlands National Park. Both the local natives and French Explorers in the 1800s referred to this place as “Bad Land”, and the name stuck. 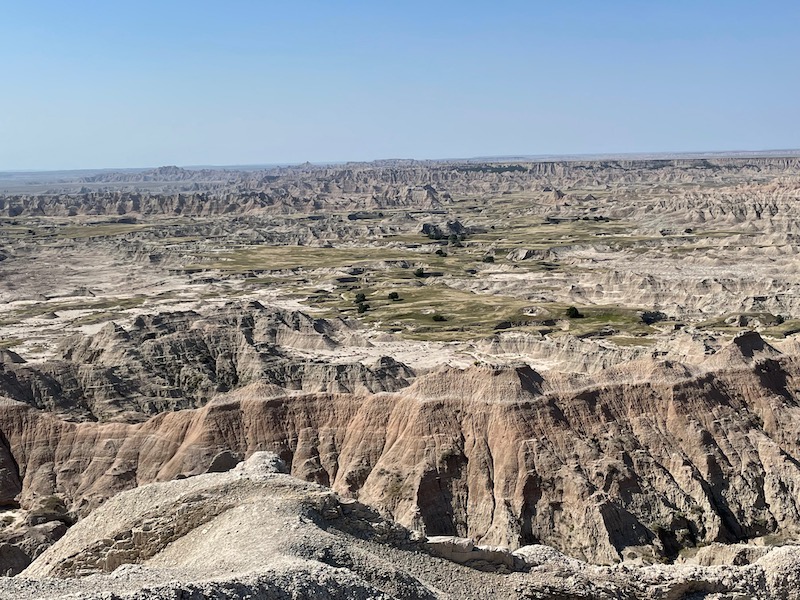 Reminded us a lot of Bryce Canyon in Utah.

On the way out of Badlands National Park we see three things that catch our attention: The first is a place on the west side of the road that has a big billboard proclaiming “Feed the Prairie Dogs!” This is a bit of a shocker, since we’ve been hammered with signs for days saying “Don’t Feed the Wildlife”. And sure enough, out in an open field, there are people squatting down, hand-feeding wild prairie dogs, and petting them. Two thoughts come to me:

1. I wonder how many people get bit every day?
2. Why hasn’t every prairie dog within a hundred miles moved here?

The second thing we see on the side of the road is this:

I’m old enough to remember the AMF days of Harley Davidson, when they had real quality control issues. Back then it was fairly common to see both t-shirts and bumper stickers that said “If Harley Davidson built an airplane, would you fly in it?” Well, here’s the helicopter version. (Okay, it’s not really a H-D helicopter. It just has a big bar-and-shield on the side in hopes of getting the Sturgis crowd to pay for a ride.)

And the third is this:

These goats were standing in a large, almost perfect circle in a field. We have had many theories since seeing this as to how and why.

Although it requires a bit of backtracking, I’ve been wanting to visit the Minuteman Missile National Historic Site for a while. The visitor center is on the Interstate just north of Badlands. After viewing a very informative movie there, we ride another seventeen miles back towards Wall to view the Delta-09 missile silo. You can’t enter the silo, but they have replaced the top hatch with a glass dome that allows a view into the silo, which contains what I assume is a mockup of a Minuteman Missile. Or at least a deactivated one. 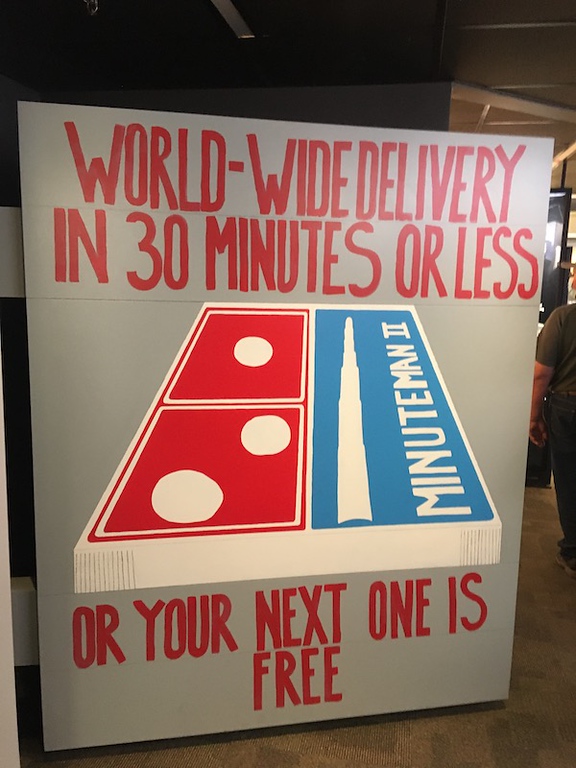 Even Cold War Missile Operators have a sense of humor.

The Delta-09 missile silo near Wall, South Dakota. There are still many active nuclear warheads in the area, and now that we have seen what the silo looks like from ground level, we actually recognize several more of them as we pass by on our way south through Nebraska.

Looking down into the silo at a Minuteman Missile.

After doubling back, we pass through Badlands National Park again and head south to Wounded Knee. The memorial here is not the official US government type, and if it were, would no doubt tell a different version of history. As a kid, I remember being told about the “Battle of Wounded Knee”. However, since that time it has been, um, clarified that it wasn’t a battle as much as a massacre of local people by the US government.

At the end of the day, we camp at Chadron State Park in Nebraska. We have had two full days of Speed Touring, and are now on our way towards Texas.