The ride into Split from the north reminded me more of the area around Warner Springs, CA, just east of Temecula. Rocky hills dotted with low scrub and less trees than Slovenia. It was an enjoyable ride through a different scenery.

Arriving into Split, we found ourselves in a real city again, with traffic and small, tight residential streets. We found our apartment for the next two nights just above the city center. The small studio apartment had a small gated courtyard in the front with a table where we could sit and relax and enjoy a drink, or breakfast in the morning. Our host brought us two beers and a home-made snack of glazed nuts and orange rinds, and pointed out the two small bottles of liquor on the kitchen table, along with shot glasses.

A ten minute walk down to the city center brought us to Diocletian’s Palace. It’s pretty hard to miss, as it’s absolutely huge. This massive building, or city of buildings within a building, was built around 300 AD. Parts of it still exist in its’ original form, but much of the interior has been transformed over the centuries, becoming homes, hotels, businesses, and more. Walking through it from one end to the other, down narrow hallways that open into large interior courtyards, feels like walking through a Roman city. The walking surfaces are all paved in stones that over many hundreds of years have been worn into a slickly polished surface. I can’t imagine trying to walk here in the rain.

An entrance into Dicoletian’s Palace from the south side. 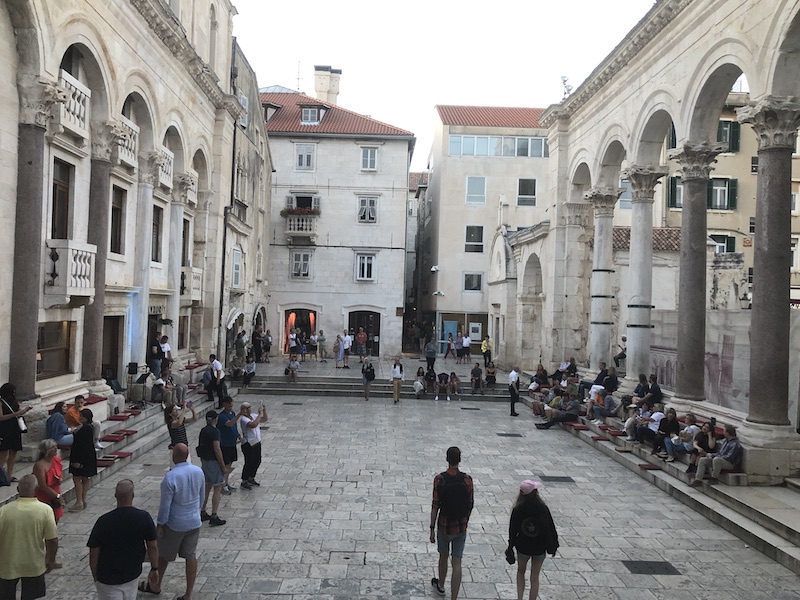 Those newer looking apartments and shops at the far end of this plaza are not at the end of the Palace; they are deep within it.

We ate dinner at Kodoba Joze, a small restaurant just outside the tourist area. The coastal cities of Croatia are known for their seafood, and we intended to sample it.

We lazed around the next morning, and got a late start, eventually wandering just across the pedestrian bridge from our apartment to Plan B Pub, which came highly recommended from our host. She wasn’t wrong, as the hamburgers were excellent, and reasonably priced.

This burger had beef, grilled onions, an egg, bacon, mushrooms, pepperoni, gorgonzola, and ham on a sesame seed bun. All for about $6.

Back to the apartment for more laziness before walking back down to the city center, the harbor, and Bacvice Beach. 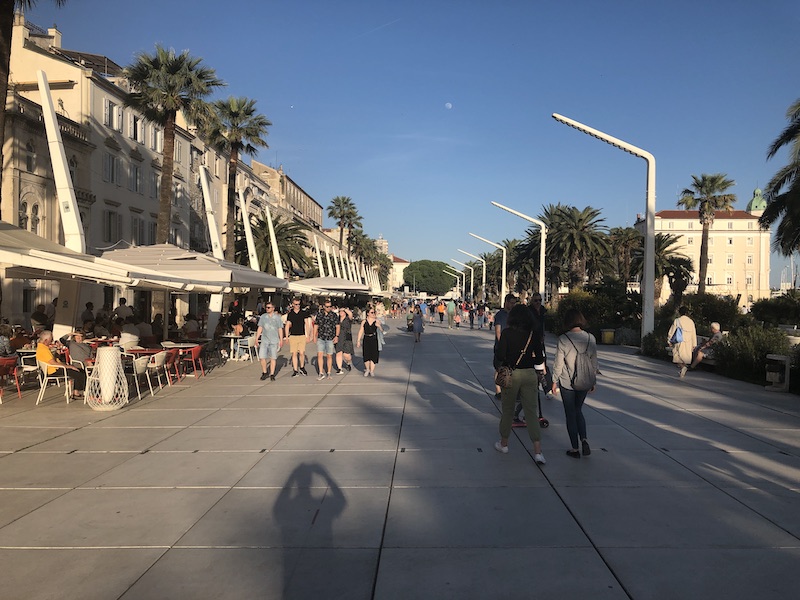 The strand along the harbor front. As with just about everywhere else here, lots of restaurants with sidewalk tables.

We eventually wandered over to Fife, another seafood restaurant with outside tables on the harbor. We had that all-too-familiar encounter with the obnoxious American tourists, sitting two tables away, talking much too loudly and trying hard to impress others with their travels. I especially enjoyed two of their amplified conversations: the first where she loudly proclaimed her love for Austin, Texas, saying she went there every chance she had. And the other, when she was suddenly introduced to another young American girl; the obnoxious one stated with much fervor, “I’ve been here for two weeks” (in an obvious attempt to declare her long-term travel). “It’s great, but I’m getting over it. How long have you been here?” To which the new arrival explained, dryly, “I live here.”

Best comeback ever. I barely kept from spitting my water out. 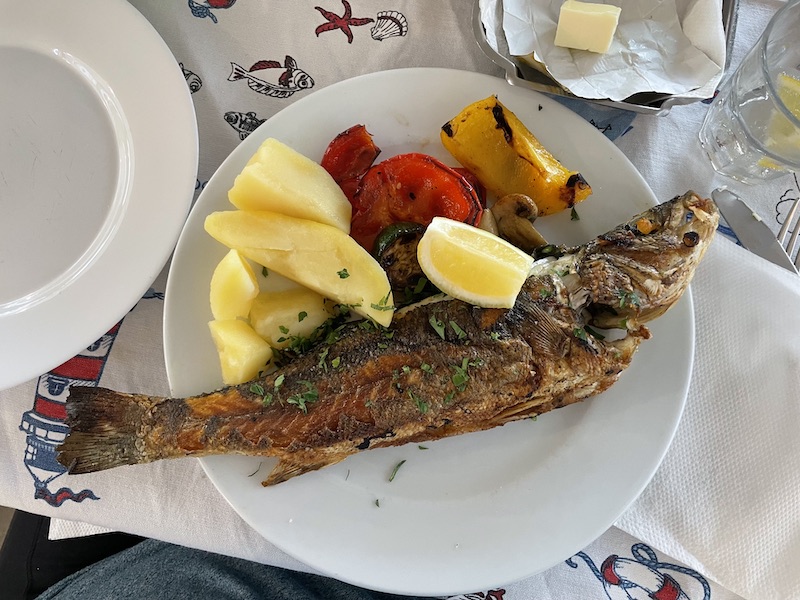 We enjoyed Split, and the peacocks that paraded around just outside our door, but we were also ready to head further south. So after two days, we loaded up and headed south on the coastal route toward Dubrovnik.

If you’ve never been around peacocks, they are as loud as everyone says. They sound like screaming cats.

Unlike the local cats, who don’t scream at all.

One thought on “Split”