Swakopmund is a nice town. As I was walking back from dinner one night, several things crossed my mind:

I left Swakopmund and headed up the coast to Henties Bay. There is a reason why this is called the Skeleton Coast. 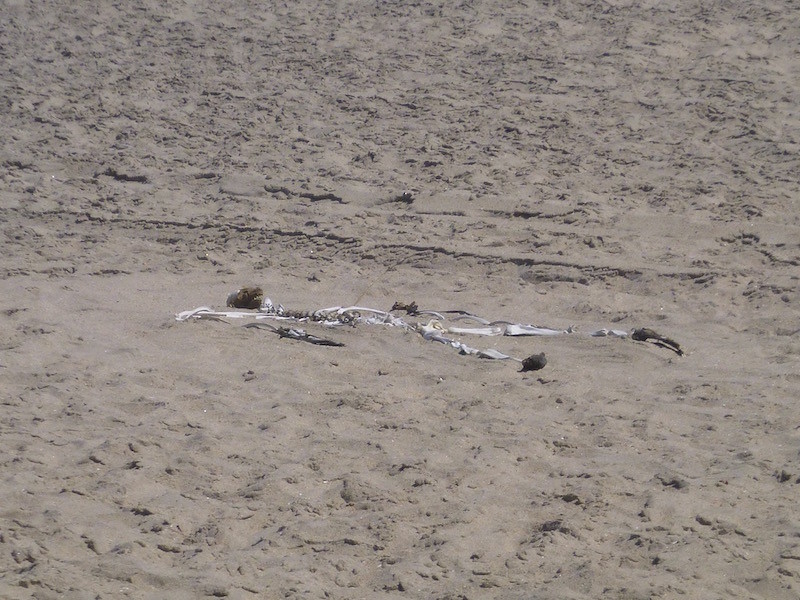 And that’s not it. Actually, the term “Skeleton Coast” was first used by author James Henry Marsh as the title for his 1944 book about the shipwreck of the Dunedin Star cargo liner. Since then, the name has stuck, and it’s even used officially on maps today.

The coastline between Swakopmund and Henties Bay is like most of the Namib coast, I think. Desert flows all the way down to the sea. There are occasional communities or sometimes sole shacks between the highway and the beach. If not for these small settlements, there would be nothing man-made in sight except for the ribbon of unmarked asphalt road. South of Swakopmund is a community called Langstrand, which is the first indication on my route that there are people with money in Namibia. Langstrand looks like a high-end beach community in California, with beautiful one- and two-story stucco homes with large windows looking out on the ocean in one direction and on continuous desert in the other.

North of Swakopmund, there is not much of anything for the sixty or so miles to Henties Bay. 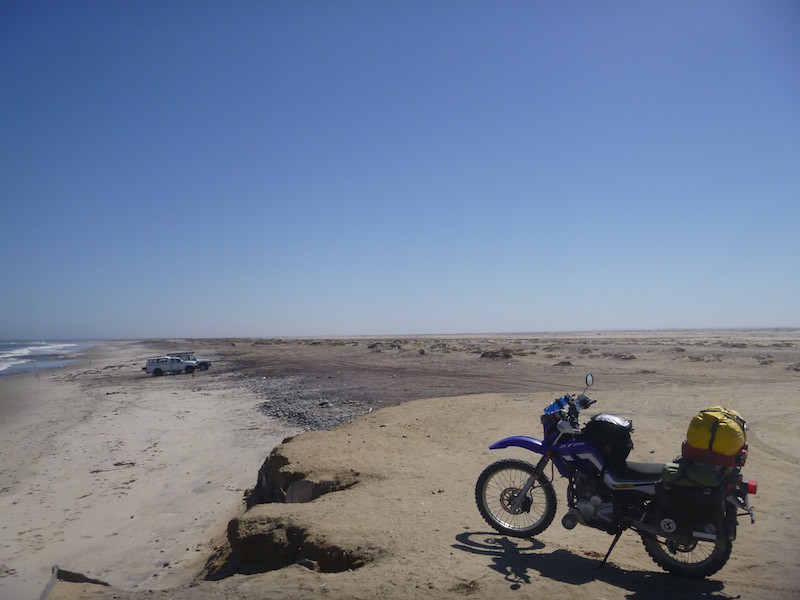 Just desert as far as the eye can see. And a beach used only by a few fishermen. 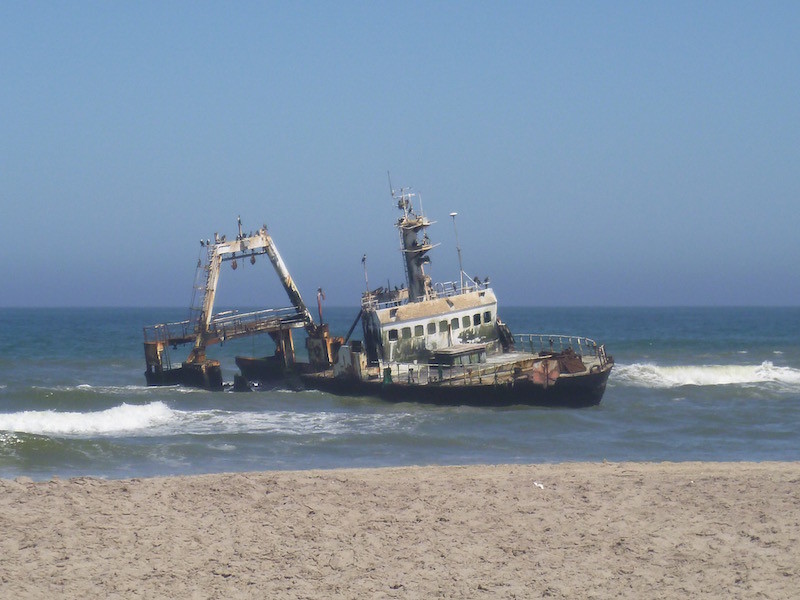 The Zeila fishing trawler, shipwrecked on the Skeleton Coast south of Henties Bay.

At Henties Bay, I turned east onto a gravel and sand road for another 76 miles until I reached the small village of Uis, near Brandberg Mountain, which is the highest spot in Namibia at 8,550 feet. I spent the night at Brandberg Rest Camp. Two fo the residents here are parrots, and they hang out on the patio near the swimming pool. They are quite entertaining. One makes the sound of a car alarm going off, while the other says “Warning!” at the same time. As the cat walked by, one of them taunted the cat, saying “Meeeeoooow”. They also whistle several tunes, including the military whistling march tune.

I didn’t bother to take photos along this stretch from Henties Bay all the way to Windhoek, as quite honestly, there wasn’t much to see. If you’ve spent much time in the Mojave Desert in Southern California, then you’ve seen it.

From Brandberg, I rode another short 50 mile day of sand road to Omaruru, and camped again at the River Guest House. This lodge has a great camping area behind it, with huge trees and lots of shade. It also has a lot of “Camp at Your Own Risk” signs, so I had to ask the owner what I needed to be aware of, since there seemed to be a problem. He said, “Oh, it’s not like there’s lions or anything. Just lots of snakes and scorpions.”

Oh. No problem then. I made sure the tent was zipped up tight that night.

2 thoughts on “Swakopmund, the Skeleton Coast, and Brandeberg Mountain”