I spent the day walking around Luzern. Being a Sunday, most shops were closed, but that didn’t stop the tourists from coming out. This is a beautiful city, and the weather just invites the crowds to hang out near the lake and in sidewalk cafes.

Part of the old city wall

Spreuer Bridge. Originally built in the 13th century, it was destroyed by a flood in 1566, and rebuilt after. It’s one of two existing covered footbridges in Lucerne. 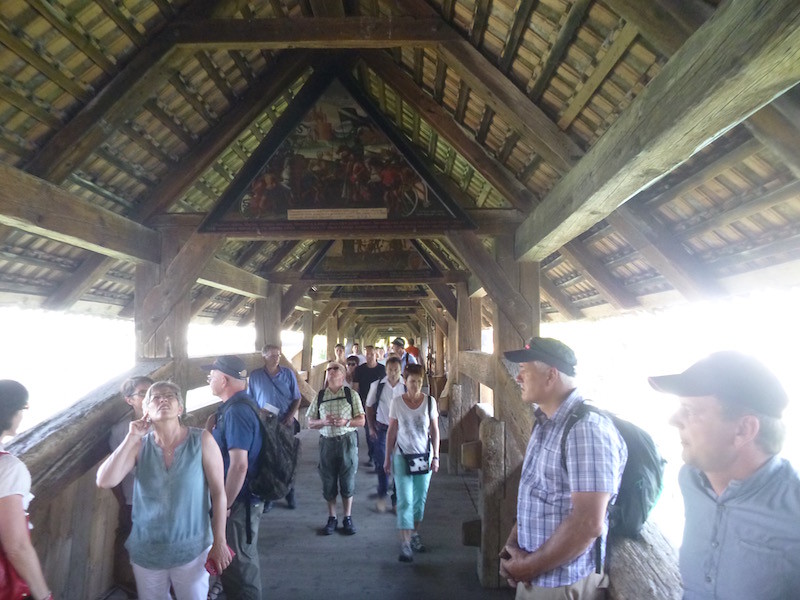 Inside the bridge in the triangular structures above are these paintings of the Danse Macabre or Totentanz in German. 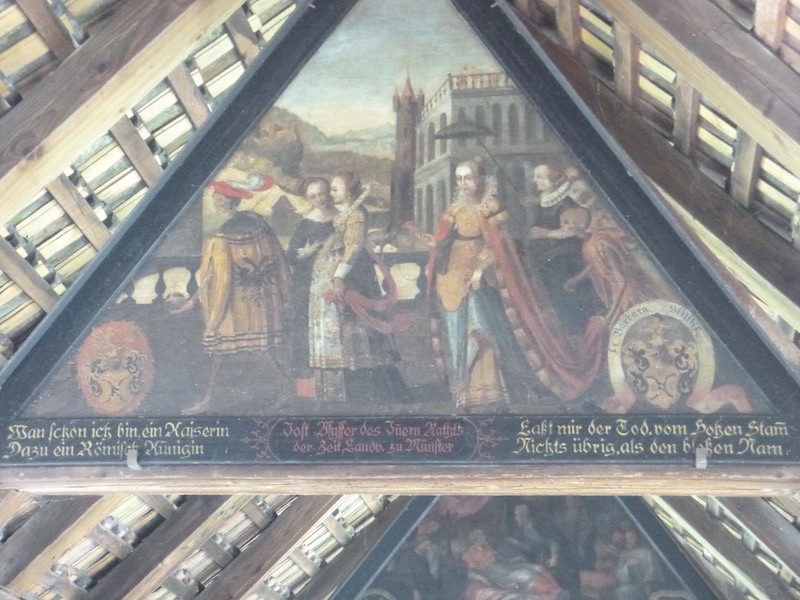 These paintings were done from 1616 to 1637 and still exist in this open public structure. Tell me where in the States this would exist without being covered in graffiti the first night. 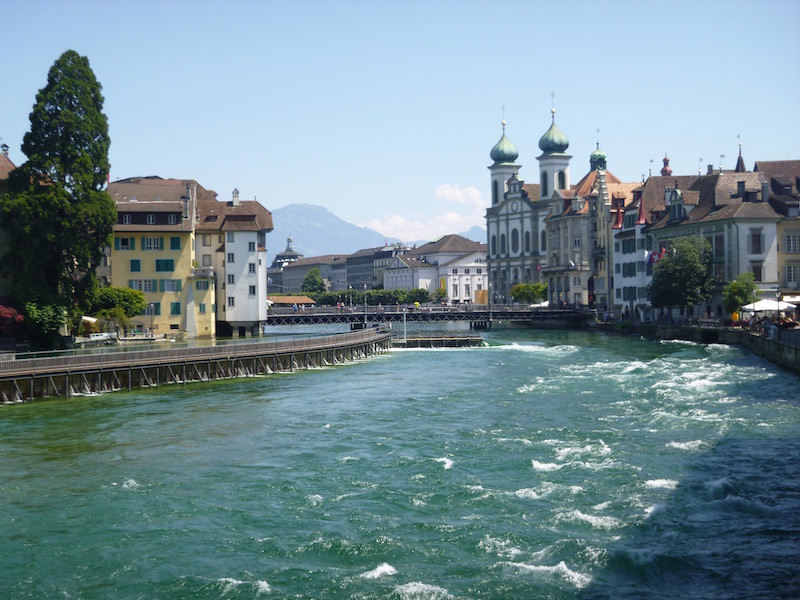 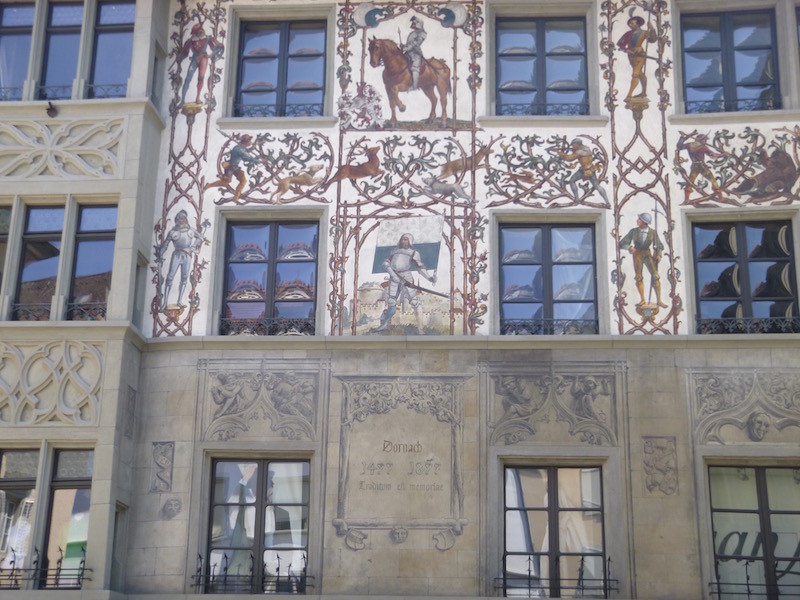 Some of the paint work on the outside of the buildings is pretty extraordinary. 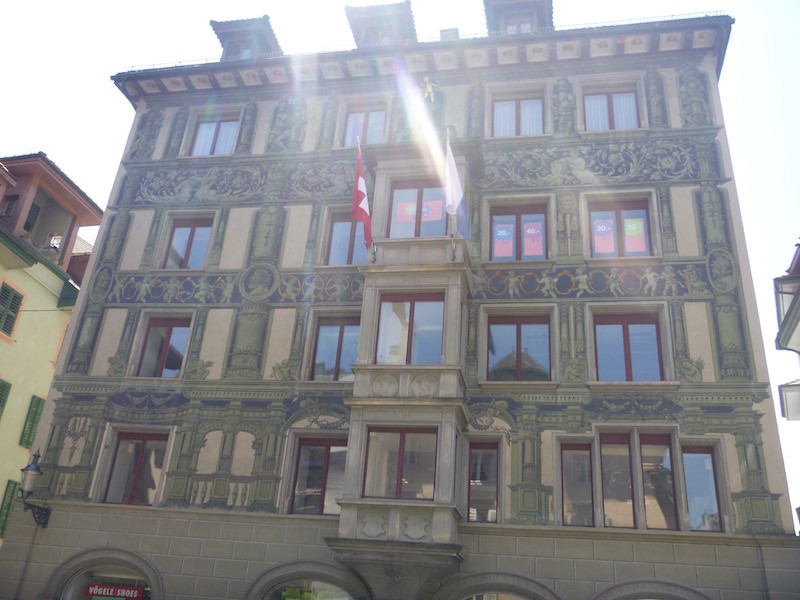 That’s all painted on the outside of the structure.

The Jesuit church in Luzern on the left. Unfortunately the interior was closed for renovation.

The Kapellbrücke, or Chapel Bridge across the Reuss River. This is the world’s oldest truss bridge, and the oldest wooden covered bridge in Europe. A large part of the bridge burned in 1993, but has been restored. 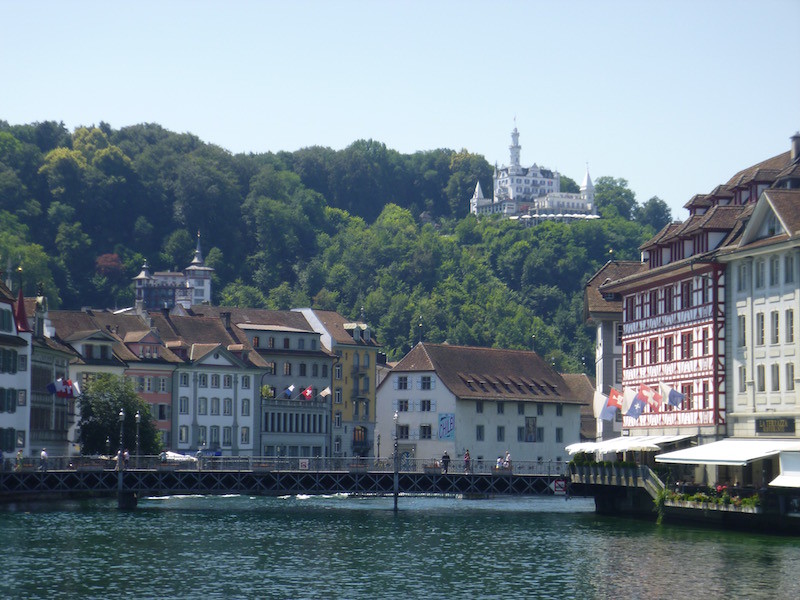 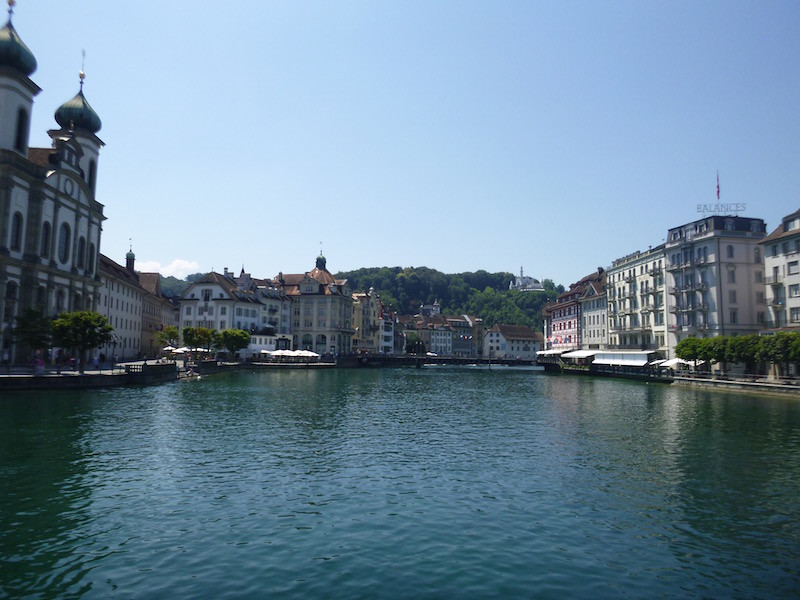 I was once again honored to be invited to a family BBQ and gathering at the home of Judith’s brother’s family. Although english is definitely a second (or third) language for them, they were willing to try to communicate with the language-challenged American. And food transcends language barriers. Although I draw the line at grappa. As Lucasz said in Poland, “You can practice for Russia by drinking vodka here”. But Croatian grappa is beyond the limits of this non-drinker.