I left Cape Town mid-morning, taking a back road north and around the city, through beautiful rolling hills and more vineyards. The weekend bicycle crowd was out: road bikes on the pavement, mountain bikes on a trail alongside the road, and occasionally mountain bikes doing laps in the large vineyards, which I thought was pretty cool.

My lunch destination was Paternoster, a small fishing village on the coast a couple of hours north of Cape Town. 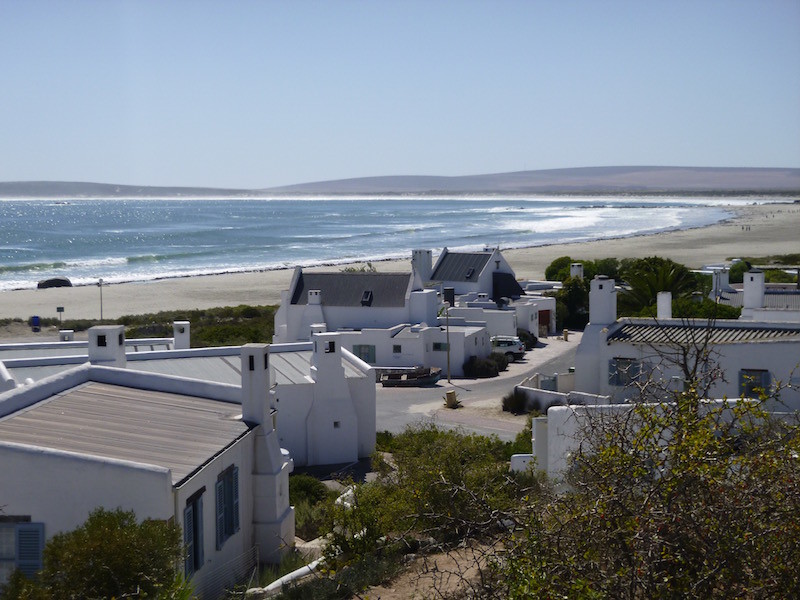 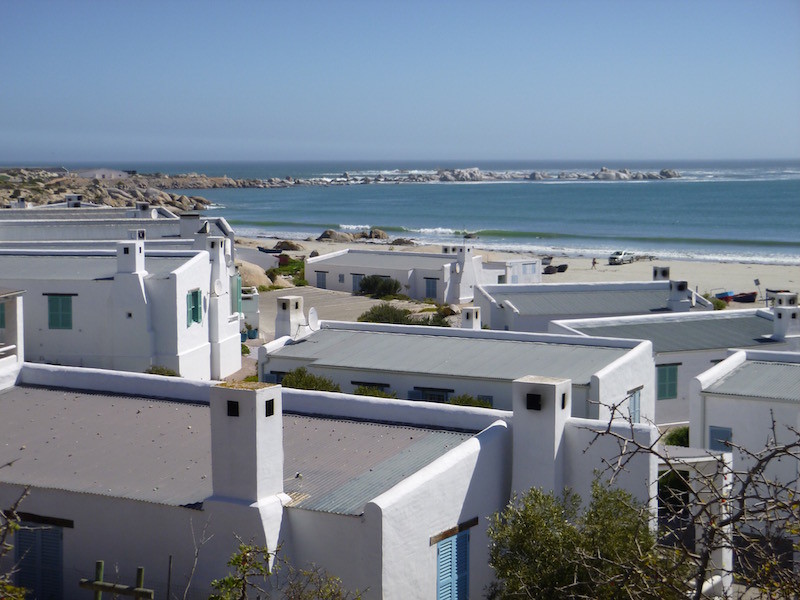 Specifically, I wanted to eat at The Noisy Oyster, just because I liked the name. However, I seem to have a knack for bad timing.

Sign out front says they are closed Sunday, April 3rd. Not all Sundays, just today. Just my luck.

So I ate down the street instead. 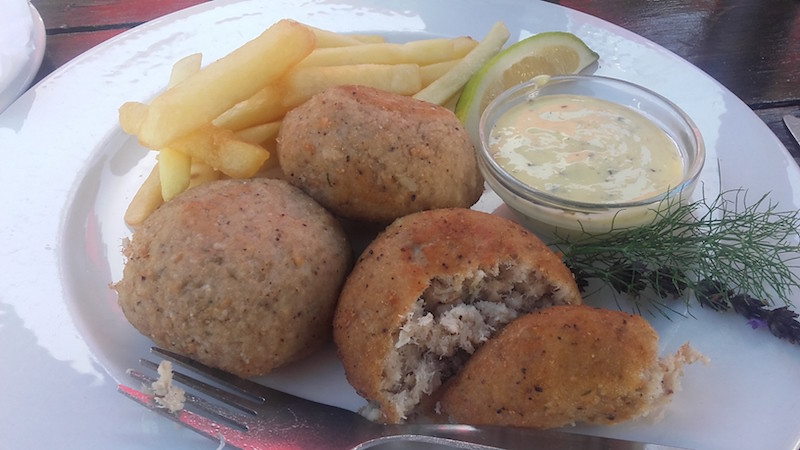 After lunch I took another back road out of town, eventually joining up with the N7, the main road north, which is also known as the Cape Namibia route. After another couple of hours, I turned east off N7 onto a gravel road and headed into the Cederberg Mountains. 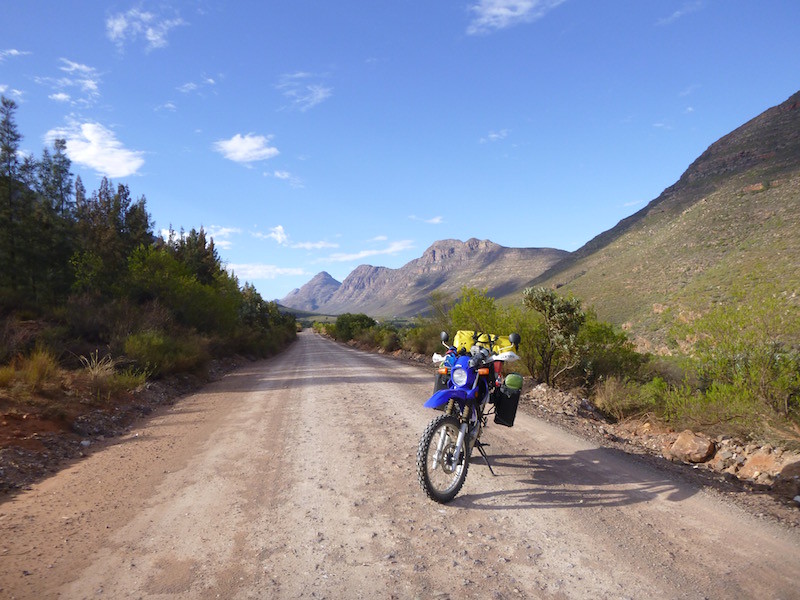 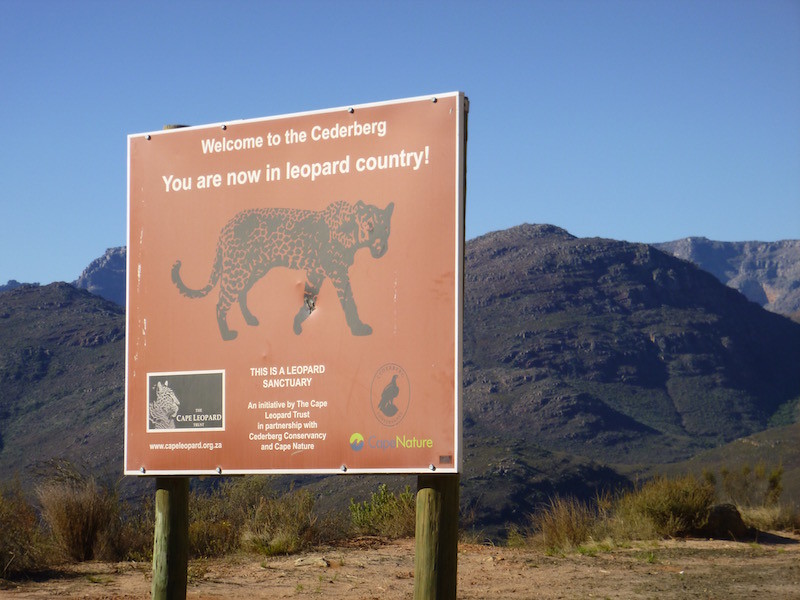 Well, at least it’s not baboons…

My camp site for tonight was a small campground along this gravel road. It took me several tries to find it, even though there’s a sign at the road for it. After searching and not finding it, I rode back up the gravel road to a hill. From the top of the hill, I could see the grassy spot that is the campground, so I knew I was close. Eventually, I took the correct turn through a citrus grove that dumped me into the campground.

I was the only one there. In fact, I never saw anyone else, including the owner. The place had nice bathrooms, and nice, clean stainless steel sinks for kitchen prep, along with a heavy wooden door that had been turned into a kitchen prep table. There was also electricity, with outlets over the table and lights in the bathroom that worked. The campsites had a few small trees that provided enough shade.

The stars were out in force, and it was a beautiful night. I slept incredibly well, and in the morning, after packing up and still never seeing a soul, I left a 100 Rand note (about $6.80 — the going rate for most decent places I’ve camped) and one of my stickers under a rock in the middle of the kitchen table before leaving.