I traveled the Great East Road from Lusaka towards Malawi for two days. Just past the Luangwa River bridge the road turned to fresh pavement. 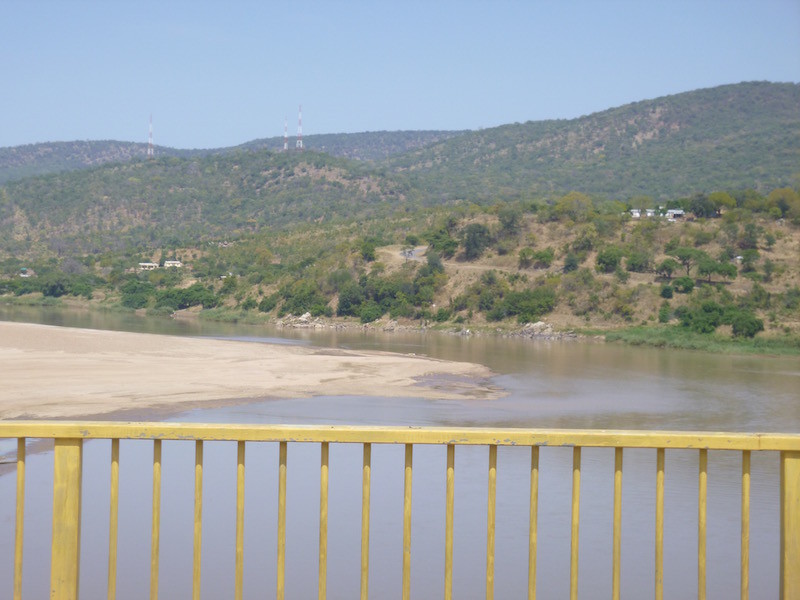 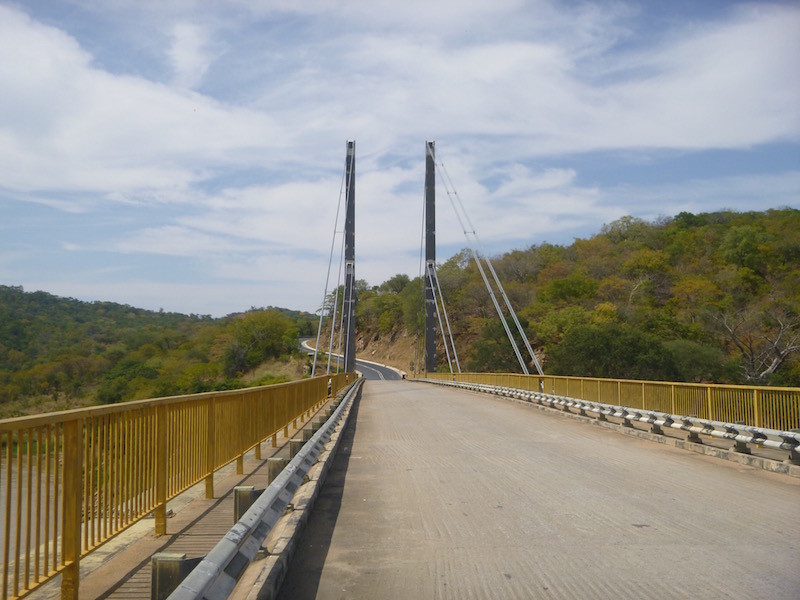 Nice new pavement on the other end of the bridge.

Fresh pavement, no striping yet….curves and hills. Like a racetrack.

Of course, it only looks like a racetrack. In Africa, fresh pavement means fresh potholes. But they were fewer and farther between than before. And for the first time in weeks, I had curves in the road as well as hills. It was a nice change of scenery. I saw a lot less wildlife, but a lot more goats and cattle crossing the road. This part of Zambia is heavily agricultural. Besides the goats and cattle, there is a lot of corn, sugarcane, soybeans, cotton, and other crops. 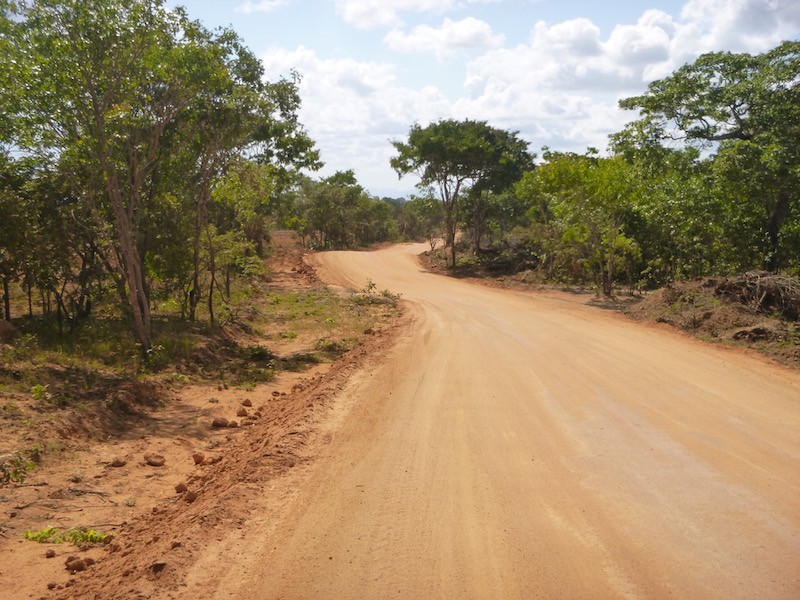 Not all of the Great East Road is paved, yet. This 25-mile-long section was great. Had it been raining, it would have been a different story, as this was hard-packed clay.

“Subdivision” along the Great East Road.

While the agricultural lifestyle and economic situation appears similar to Central America from my very unprofessional view, there are definite differences. In Central America, most families rely on public transportation — collectivo vans — to get them to town and back, and there were very few personal cars; you almost never saw a house with access from the road for a vehicle. Here in Zambia, there are more cars and less public shuttle vans. But the overwhelming choice of two-wheelers in Central America and Zambia is quite different: in Central America there are many, many 125cc to 200cc motorcycles and scooters. It seems more than half of all families have one for transportation. In Zambia, there are very few motorcycles. The family transportation tends to be a bicycle, or on foot. There are hundreds of bicycles on the roads, usually very heavily loaded with large sacks, lumber, even goats, on front and rear racks. Some of the loads tower above the rider, and in some cases, the man (or boy) ends up using the bicycle like a wheelbarrow, simply pushing the bicycle with the large load on it. I also saw bicycles being used by women, although more rarely, with small children. More often, the woman was a passenger, sitting on the back rack of the bicycle, side-saddle.

Riding down the road, it’s common to suddenly see a person or a bicycle emerge from the bush and onto the road. Closer inspection reveals a small footpath disappearing into the bush to a house or houses. I can’t recall how many times I stopped on the side of the road to take a photo or have a drink, thinking I was in the middle of nowhere and there was nobody else around, only to have people emerge from the bush in all directions. It’s very rare to have a moment that you do not see someone on the road, either walking or on a bicycle. Here it is common for people to walk for miles on the road. In Latin America, it was much less common; they typically waited for a collectivo to pick them up.

The sheer quantity of people is hard to fathom, especially after coming from Namibia, where the population is so much less. The number of children you see under ten years old stands out as well. I suppose this means that the population here is still growing in large numbers.

3 thoughts on “The Great East Road”