My name is Pat Williams. For one year, in 2015-2016, I rode a small, 250cc, air-cooled single cylinder motorcycle across four continents and through 34 countries. After 32,000 miles, I returned home, having gone through six sets of knobby tires, a chain and sprockets, and little else on the bike, including not a single flat tire. To this day I still have the original inner tubes in the bike with no patches.

BoliviaMy original plan was to travel for three years, but after a year I decided to return to the US, and return to work, in order to save more money and complete my trip at a later date. During this time I have continued to meet, host, and assist other world travelers, especially those preparing to head south from Texas to Mexico and beyond. 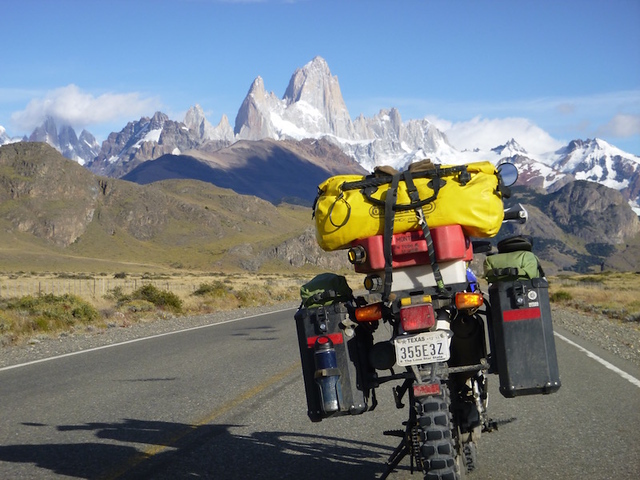 ArgentinaThis is my story of my one year voyage on an 18 horsepower motorcycle. Many of the other motorcyclists I met along the way assumed that because of my bike I was a beginner rider or had no idea what I was doing. I assure you both are incorrect. I left my 1200cc motorcycle in storage in the United States to do this trip on a 250, and never once regretted it.

TanzaniaI hope you enjoy what you find here. Feel free to contact me should you have any questions or doubts that you too can travel this way.