Bad News: I discovered this morning that my rear rack is broken completely through in two places where it meets the left pannier rack. The ripio (badly corrugated roads) along with the heavy weight I have on the rear of the bike has finally started to take its’ toll.

Bad News: The welding shop is closed. The guy is out of town until next week.

Good News: There’s a hardware store here, so I bought a few hose clamps, and used one of my tire irons, the hose clamps and some zip ties as a brace until I can find a welder.

Bad News: It’s another 120 miles of ripio across Paso Roballos today, and in the process my front fender pouch manages to fly off somewhere before the border crossing. Of course I didn’t see it. So I lost a spare inner tube, my other tire iron, and a few CO2 cartridges I was keeping as a backup inflation method (my compressor works fine so far). 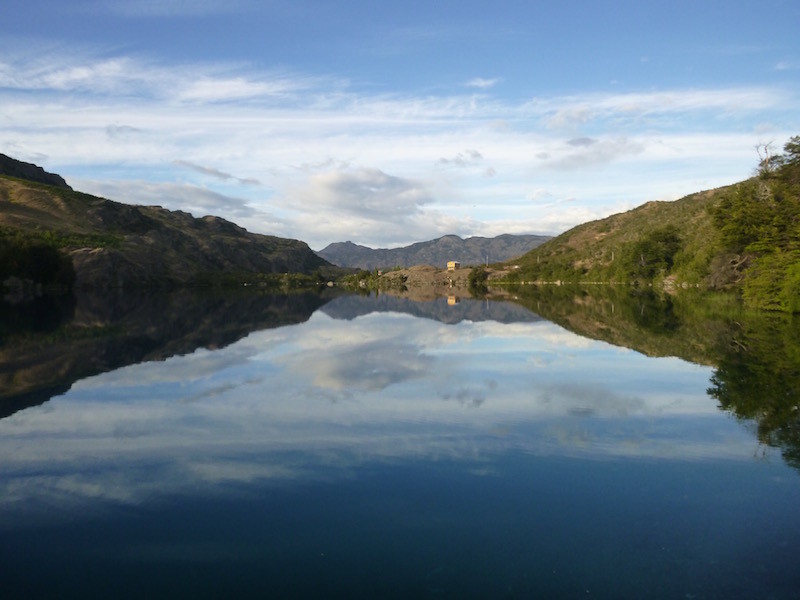 From my campsite in the National Park outside of Cochrane.

Heading towards Parque Patagonia on X-83, just north of Cochrane. The road here is relatively smooth and nice. 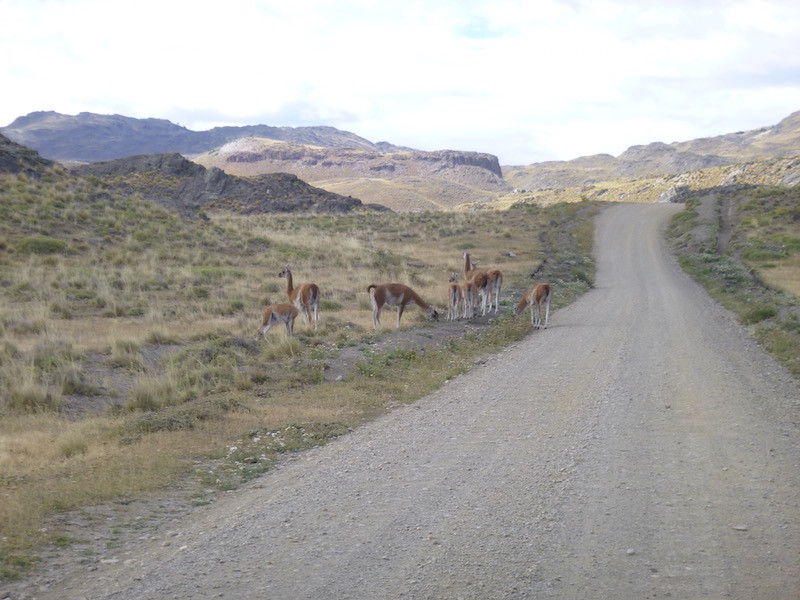 Lots of these guys running across the road. Also ostriches at one point. 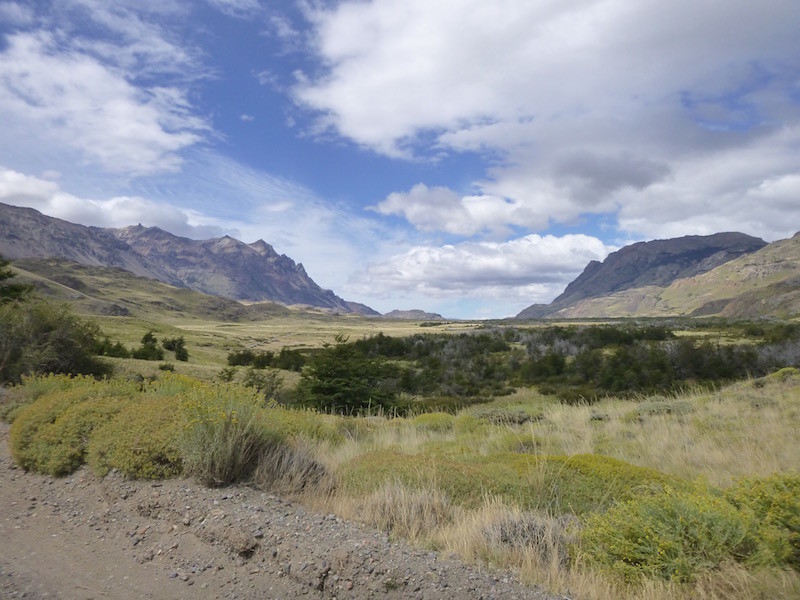 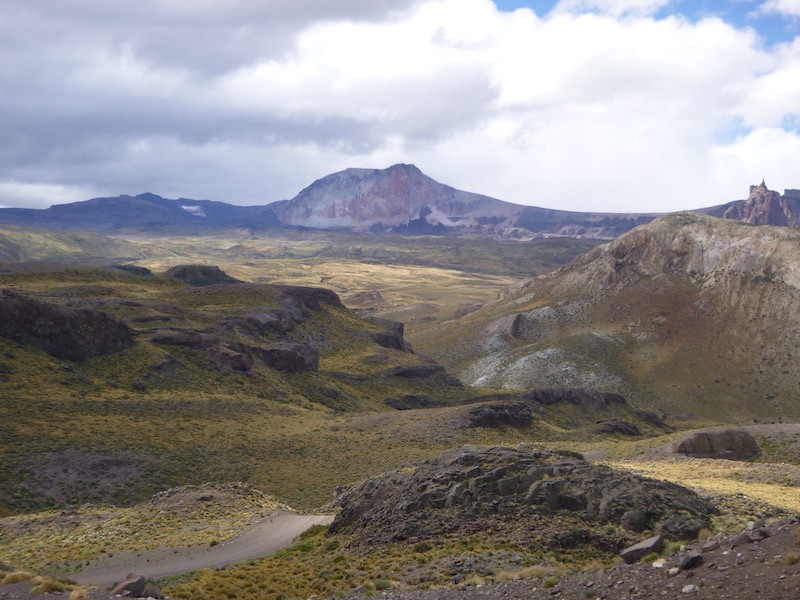 I’d like to thank Dr. Michael Bell, DDS in Austin, Texas, and Dr. Stuart Anderson, DDS, in Corona, CA. Both of these guys are clearly excellent dentists, as none of my fillings fell out over the 100 miles of hellish corrugated road. The scenery was a nice distraction also. 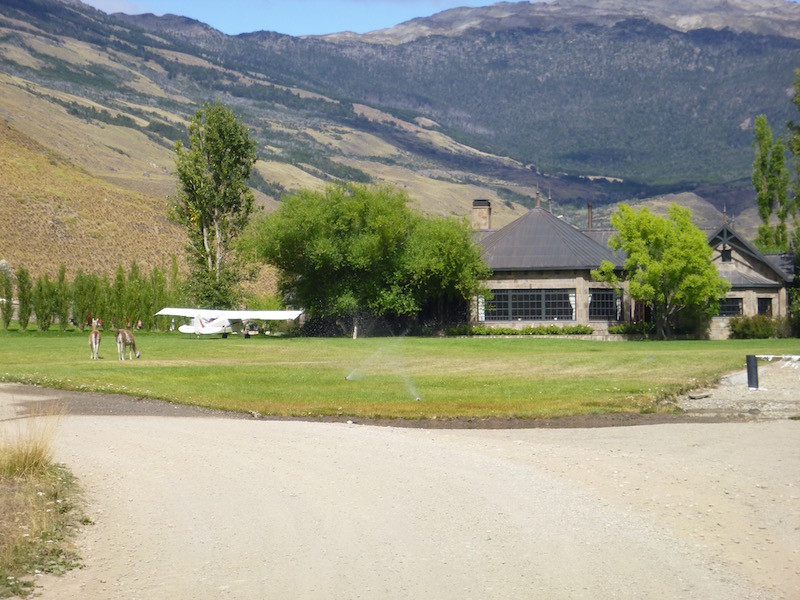 Parque Patagonia headquarters. This is where Doug and Kris Tompkins spent their time. I didn’t ask if it was Doug’s plane out front, but that’s my guess.

Good News: I still have one tire tool, clamped to my rear rack. It wouldn’t be the first time I’ve changed a tire with one tire tool, and luckily these tires are fairly easy to change.

Bad News: My phone seems to have also suffered today, though I don’t think the ripio is that bad in my tank bag, since the package of cookies next to the phone was fine. Not sure what’s up with the phone, but it definitely topped off today’s cascade of fiasco. It won’t power up or charge. It’s a brick at this point.

Good News: Ever since I bought a Garmin Montana in December, the old Zumo has behaved itself and worked fine, even on the ripio. I definitely don’t need to be carrying two GPS units (although my phone was my backup, and it’s now dead, along with several apps I’ve been relying on), but as soon as I get rid of one GPS, I’ll wish I had it.

Another “road goes on forever” photo. Ruta 40 north of Gobernador Gregores, just before the rain started. This was the first pavement in many days, and also the beginning of the brutal crosswinds that will just get worse further south. Anything over about 45 mph was scary. It’s amazing how much guardrails change wind direction. After a while you learn to prepare for the beginning and end of the guardrails by leaning less and more.

Bad News: Twenty miles out of Gobernador Gregores, it starts to rain, and my fuel system woes start to appear about the same time. I just barely limp into Gregores in the rain before dark.

Good News: The nicest guy I’ve met in Argentina is a welder in Gobernador Gregores.  It ain’t pretty, but in 20 minutes and for $4 my rack is back in one piece, for now at least (would have been faster, but he’s a funny guy and we were enjoying joking with each other, even though he doesn’t speak a word of English and my Spanish is pretty poor). I also managed to clean my fuel pump/filter/injector again this morning. My fingers turned black pressing on the filter screen…not a good sign. I wish it was a detachable/replaceable filter, but like many fuel injected bikes, the filter is in the fuel tank before the pickup for the fuel pump. Thus it’s integral to the pump, which I think is about $350 retail. Ouch. I’ll keep cleaning it as long as possible.

Bajo Caracoles, Argentina. Notice the pumps: completely covered in travelers’ stickers. That’s what I noticed at the time. About fifty miles later is when I noticed how badly my bike was running.

Good News: As my Spanish teacher in Guatemala likes to say: “Es La Vida”. I always liked his attitude.