We said goodbye to our San Miguel neighbors Sebastian and Andrea (unfortunately the kids were at summer camp when we left and we didn’t get to say goodbye to them), and headed the short distance to Guanajuato. 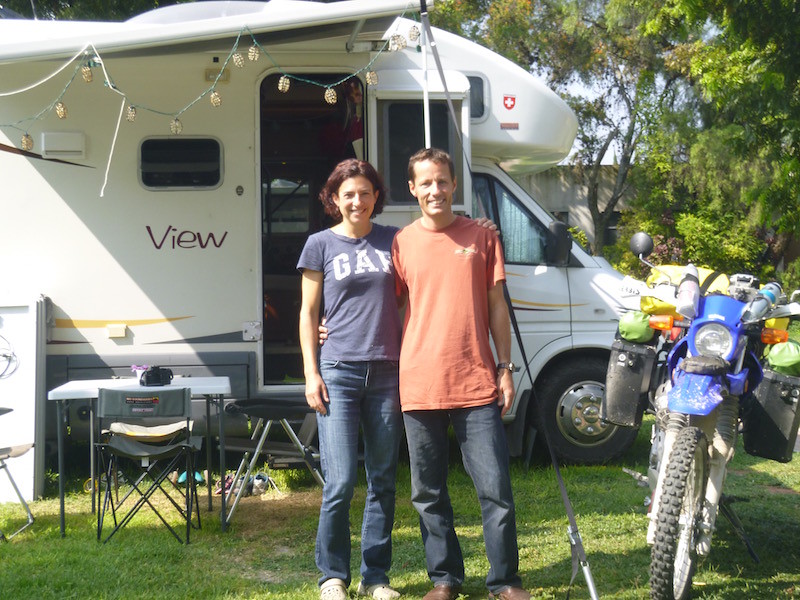 Guanajuato is just a great place. It’s historic, it’s lively, it’s relaxing, the weather is great. If I had more time, I’d stay here for another couple of days. Or a lot longer.

Every single street and alley I walked down in Guanajuato was picturesque. The city lies in a ravine or small valley, and aside from a small portion of the centro, everything is on a hill. We stayed on the east side, and walked about 15 minutes down into town. There’s a lot of history here, and culture. Using the Jardin de la Union as a central staging point, I set off to see the sights. 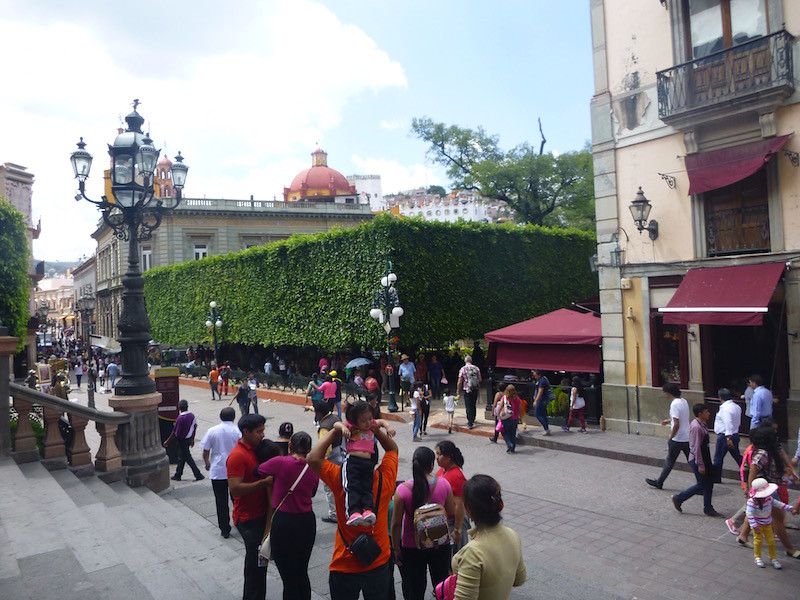 Jardin de la Union. Those are individual trees that have been trimmed into one giant shade cover around the square. Lots of park benches, and sidewalk cafes on the exterior. 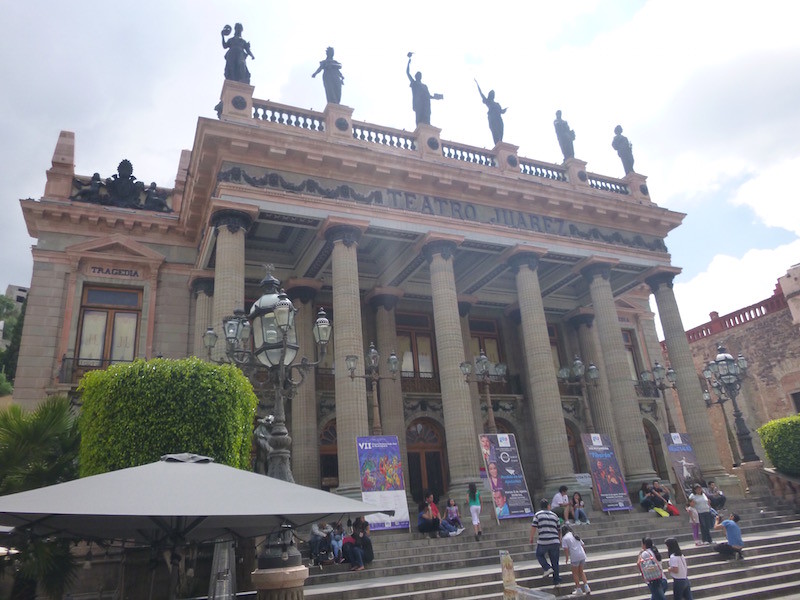 Across from the Jardin is the Teatro Juarez, a beautiful theater built in 1903.

Inside the Teatro Juarez

As if this statue isn’t freaky enough, if you can zoom in on the right knee, there’s an evil looking face in it. 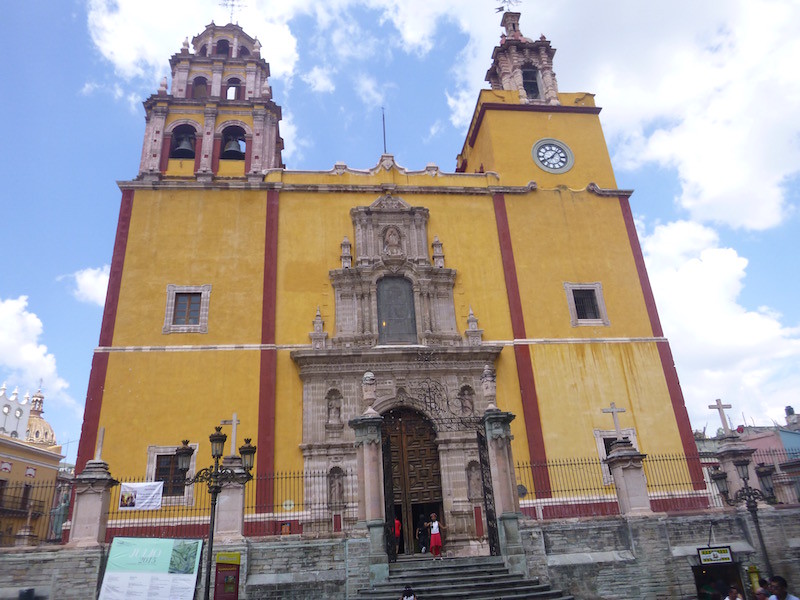 The Callejon del Beso, or Alley of The Kiss. There’s a Romeo and Juliet kind of legend that goes along with this place, which is pretty cool. I won’t write the whole story here…you can Google it. Note the step painted red in the photo. That’s part of the superstition behind the legend. 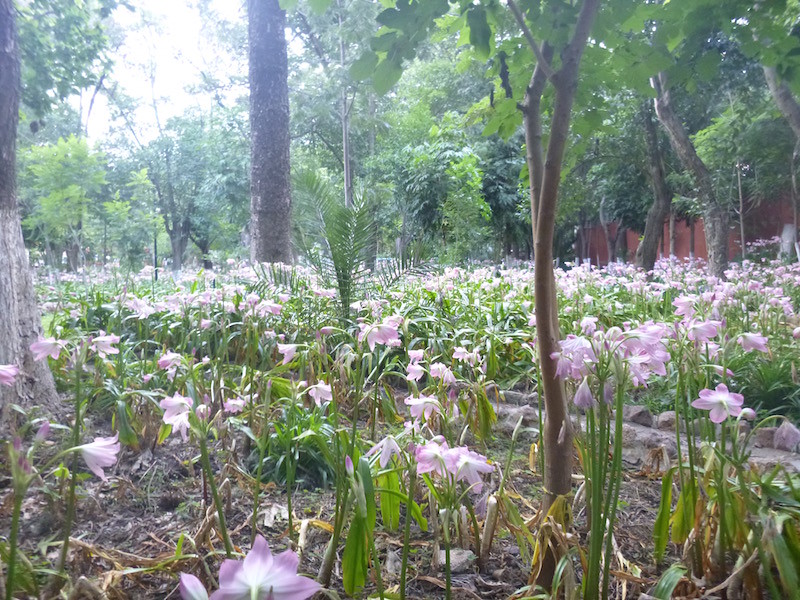 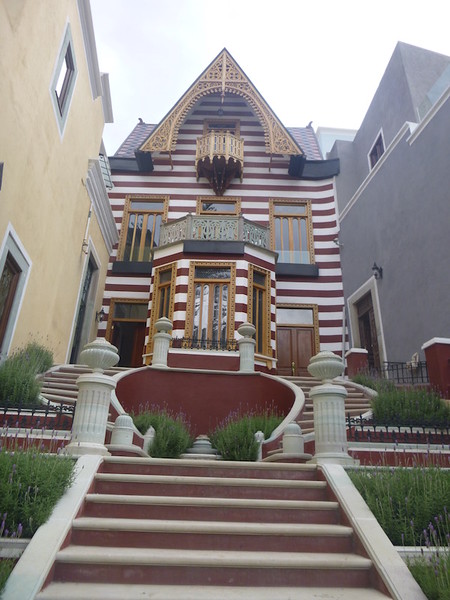 I have no idea. 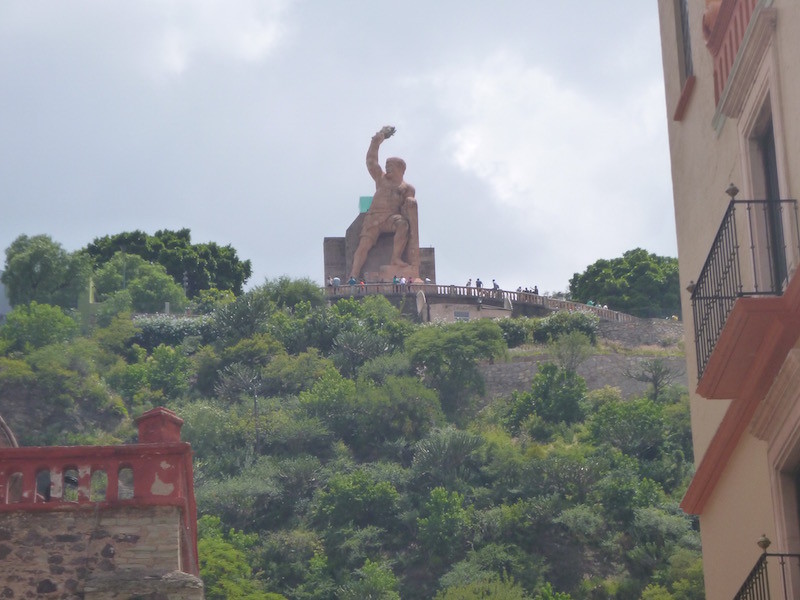 Looking up at the Monumento El Pipila from near the Teatro Juarez. This is another fascinating historical story about a local hero in the 1810 Mexican war of independence.

I usually just tell you to Google stuff rather than repeat history here, but the story of El Pipila is too good not to mention. Near the beginning of the Mexican War for Independence from Spain in 1810, the Spanish had barricaded themselves in the granary in Guanajuato, known as the Alhondiga. The building is very large and made of stone, with large wooden doors. Hidalgo and his men were looking for a way into the Alhondiga when Juan Jose Martinez, a miner known as El Pipila, volunteered to crawl to the doors with a large stone on his back for protection from the Spaniards’ muskets. There he set the doors on fire, which allowed the Mexicans to enter the Alhondiga and slaughter the Spaniards.

Later, in retaliation for the uprising, Spain captured Hidalgo and three other leaders of the independence movement — Allende, Jimenez, and Aldama — and executed them. Their severed heads were placed at the four corners of the Alhondiga as a reminder to the Mexicans not to plan such wars. The heads remained there for ten years, until Mexico finally won its’ independence.

The large stone statue of El Pipila shows him with torch in hand.

I also visited the Museo de las Momias, or Museum of the Mummies. The place seems to get a lot of attention, but you can see it all in about 10 or 15 minutes. There are a number of mummified corpses on display, most if not all of whom are thought to have died during a cholera outbreak in 1833. 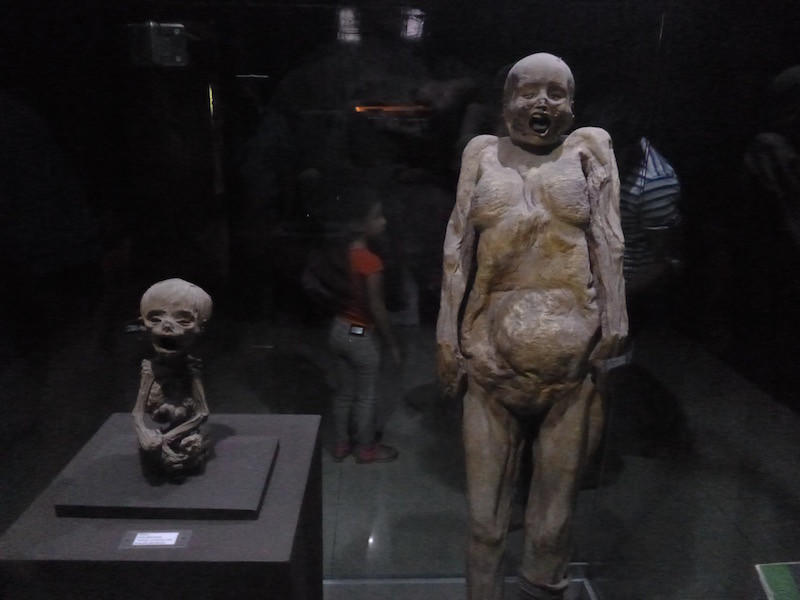 Mummified remains of a woman and her 5-6 month fetus. Yep, it’s weird.

The childhood home of the artist Diego Rivera is here in Guanajuato as well, and has been turned into an art museum, housing many of Rivera’s works as well as expositions of others. I spent a couple of hours there. It’s very well done. Unfortunately I realized after I left that I didn’t take any photos of Rivera’s work. 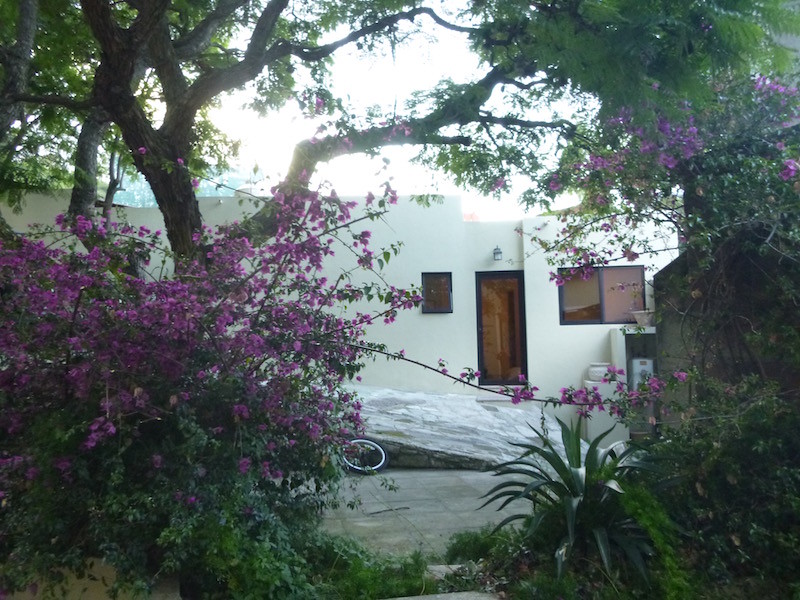 The nightlife here is great, the people are friendly, and there are a ton of museums and historical landmarks to tour. I could definitely stay here longer. But I told myself that Mexico is close to home, and when this trip is over, it’s easy to return to these places. In fact, if I wanted to just drive a car to Guanajuato and didn’t mind the tolls, I could be here in 14 hours. So as much as I have truly enjoyed Guanajuato, I must leave. Although I will most definitely return.