I left the Cañon Roadhouse and headed west, continuing on a nice dirt road for about forty miles, until it became not so nice… 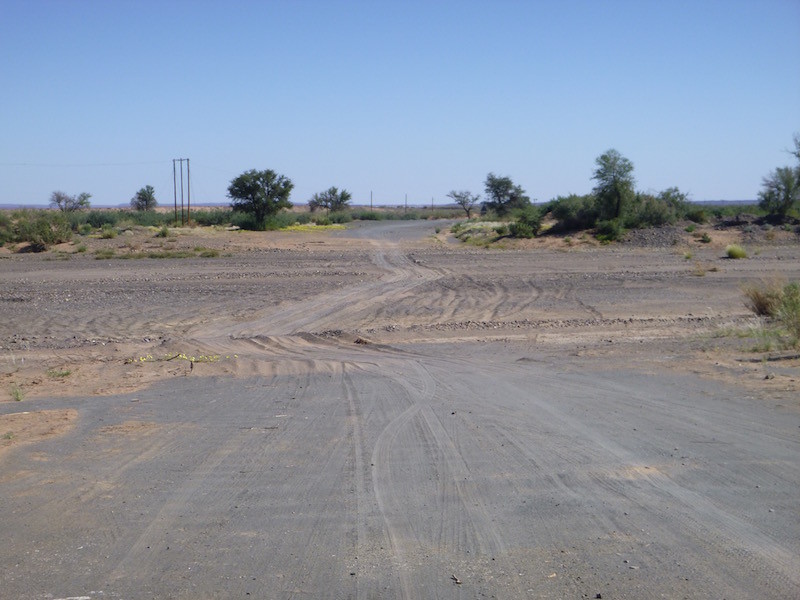 Deep sand dry river crossing. Which would have been okay, but on the other side the deep sand continued.

After another 17 miles of deep sand, I eventually popped out onto the pavement again, and continued towards Luderitz and Kolmanskop.

About 80 miles before the coast, the landscape turned to pretty much nothing but sand and sand dunes. 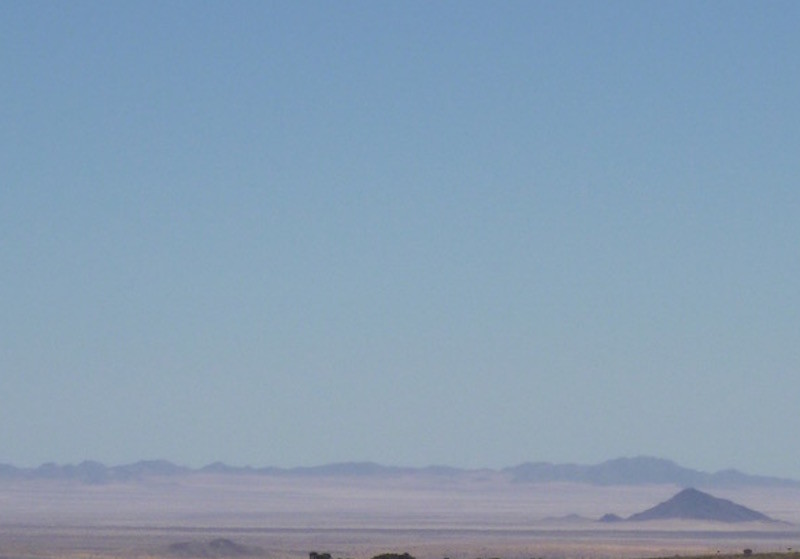 And wind. Which of course equals blowing sand. Some of it was piling up on the road, making for some interesting sand dunes on the pavement.

Just a few miles before the coast I came to Kolmanskop, or as it was originally spelled: 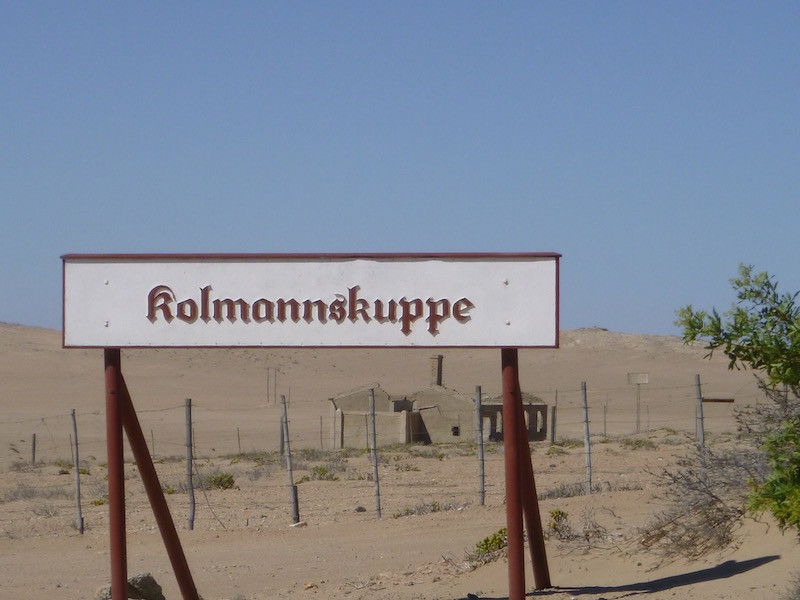 This was a town built in 1908 to house the German managers and operations people for the nearby diamond mine. It was built in a German architectural style, with a tavern, a bowling alley, a ballroom and a theater. They produced their own ice here (in 1908!) and even had a hospital with the first X-ray machine in the southern hemisphere. When the mine started being depleted of diamonds, the town eventually was abandoned, and the blowing sand has begun to reclaim the area. 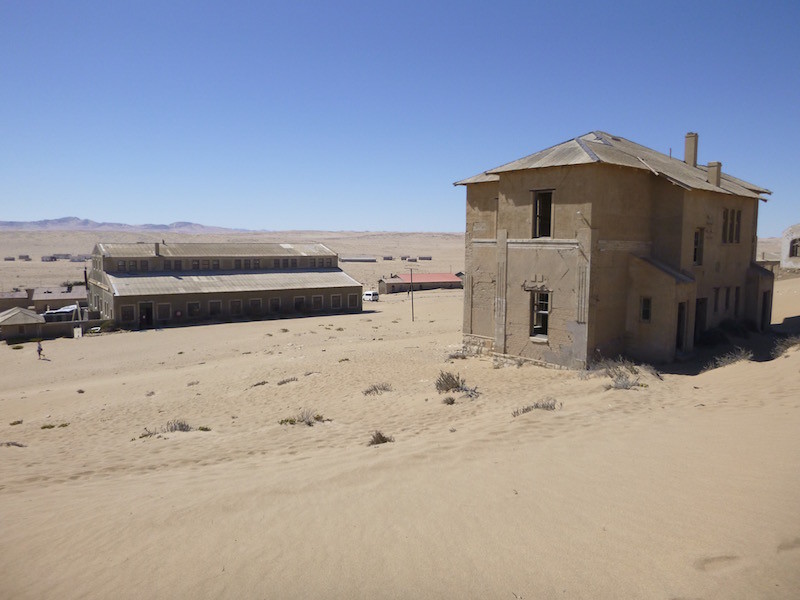 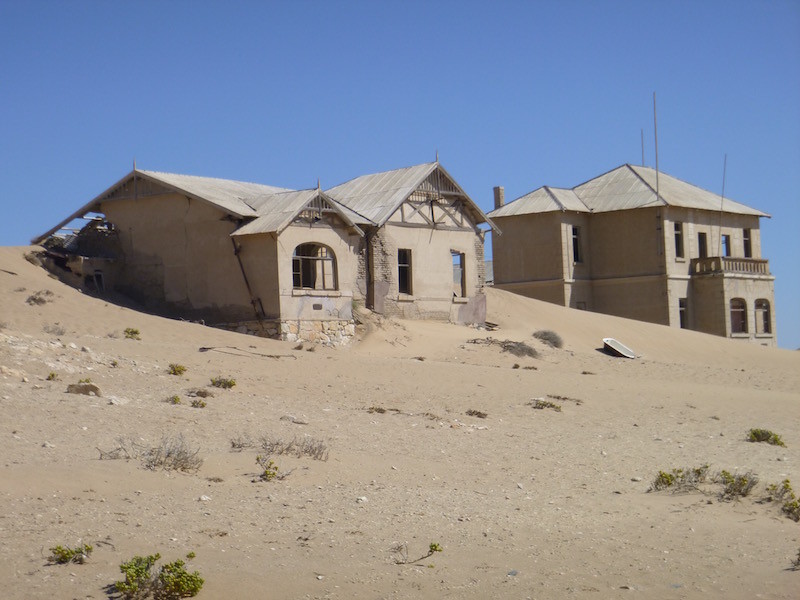 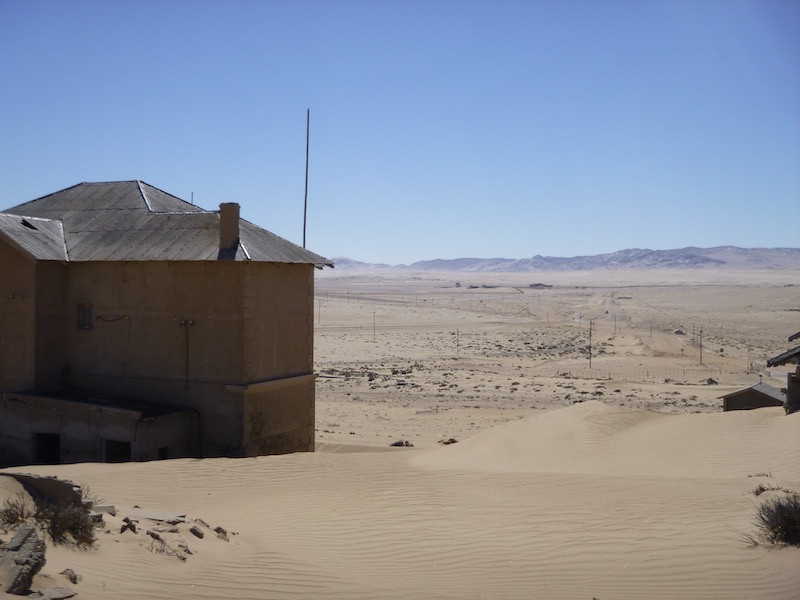 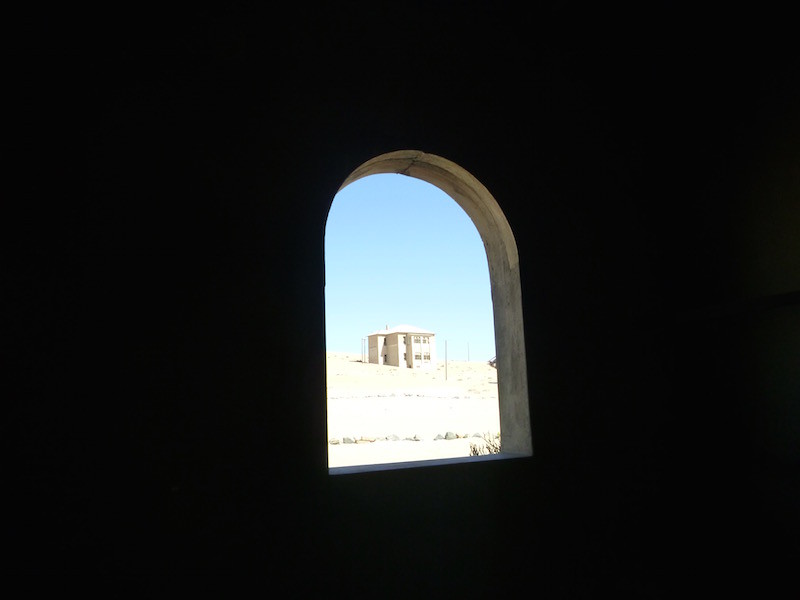 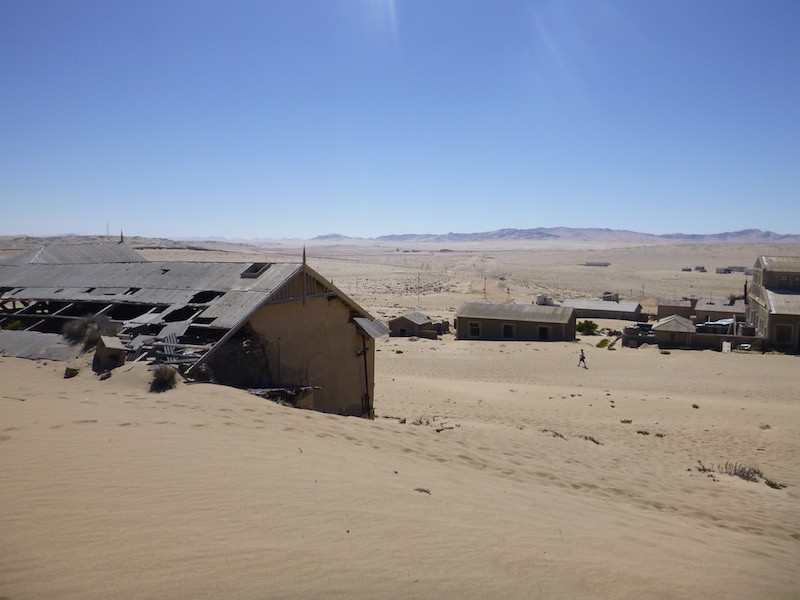 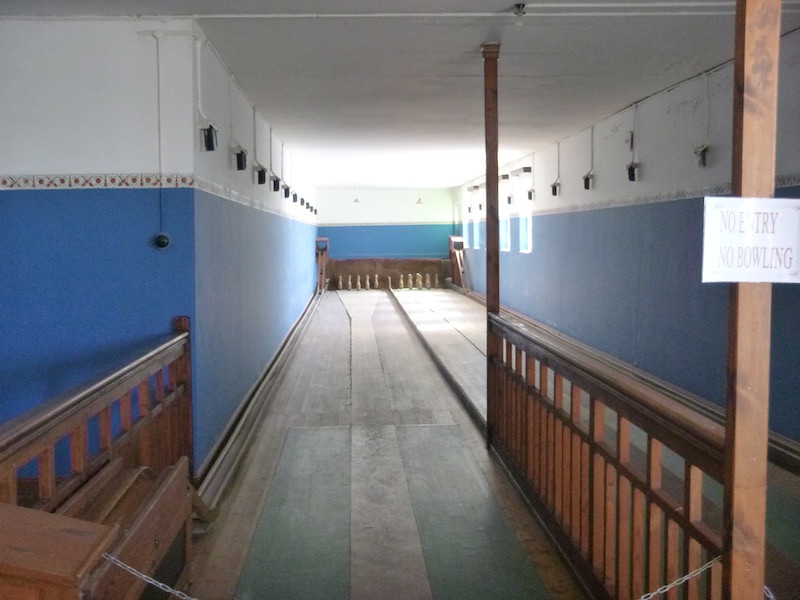 Bowling alley in the tavern.

This tram was pulled by donkeys, and ran on tracks around the entire town. Ice and goods were delivered to the homes by the tram, and people could ride the tram to the stores and back. Public transport in the desert in 1908.

Leaving Kolmanskop, it was a short but very warm ride into Lüderitz. This town on the Atlantic coast of southern Namibia is known for seals, penguins, and wind. It was hard for me to imagine penguins here, as it was just under 100 degrees F when I rode into town. It turns out that I am here during a very unusual weather pattern, and the average April temperature here is around 68F.

Due to the winds, kite surfing, windsurfing, and sailing of all types are common here. The world speed records for all of these have at one time or another been set in Namibia at either Lüderitz or Walvis Bay.

I stayed the night at a backpackers hostel in Lüderitz, concentrating on saving funds for my upcoming tourist activities. I didn’t find much in the town to keep me around, so I headed out the next morning, back the way I came, across the dunes and desert towards Helmeringhausen.

7 thoughts on “Kolmanskop: Ghost Town in The Dunes”