This is my third wildlife “safari” tour through a total of four parks in Africa, and they have all been a little different, as the terrain is different in Namibia, Botswana, and Tanzania. I have to say that while Etosha National Park in Namibia was impressive, the Ngorongoro Crater, while much smaller, is definitely the most impressive so far.

The crater floor is around 100 square miles, and is 2,000 feet below the rim of the crater. There are 25,000 large animals in the crater, including Cape buffalo, black rhino, elephant, wildebeest, lion, waterbuck, gazelle, hippos, eland, and zebras. Because there are very few trees in the crater, the animals are easily viewed.

I spent the night before near the entrance gate to the park, at a place called Panorama Camp. This place has these cool little igloos for rent.

The rim of the crater is nearly 8,000 ft (2,400m) above sea level, and climbing up to the rim to enter the crater felt like driving through Jurassic Park. The clouds were thick, and the jungle is dense. I kept waiting for the dinosaurs to step out of the jungle. Eventually the road crests the rim and descends into the crater.

There are few trees in the crater, so the wildlife is out in the open in constant view, allowing for close interaction and photos.

Looking into the crater from the rim. 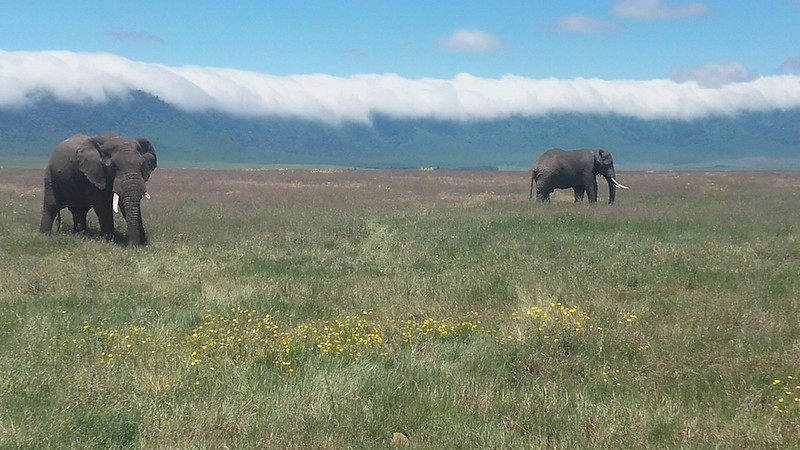 Hippos in the grass.

Yes, he really walked that close. Probably six feet from me. 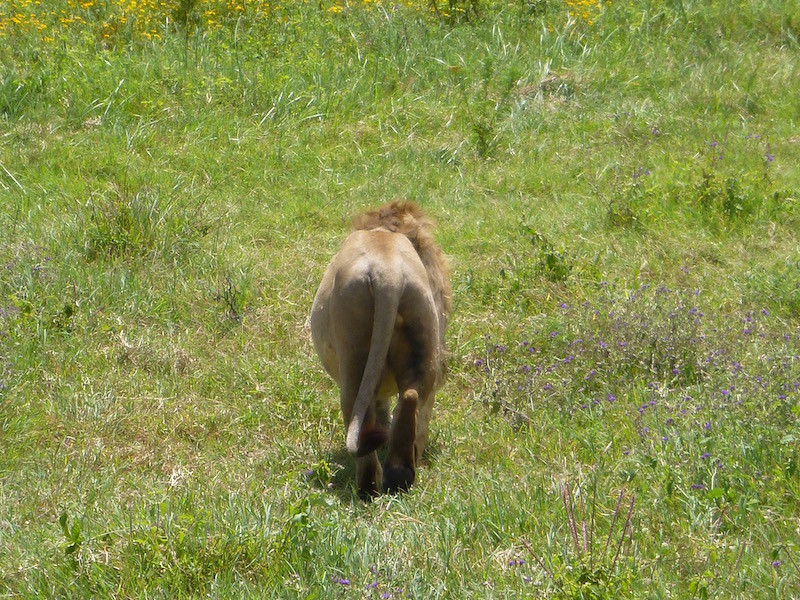 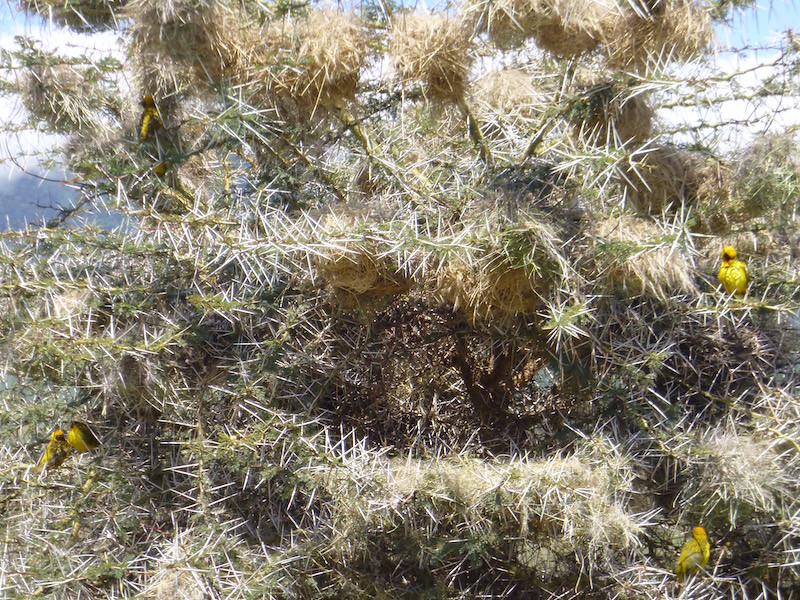 Here’s a reminder of why you always have to be alert in Africa. I was taking photos of these really cool yellow birds in this thorn tree….

Then I looked at the base of the tree and saw this…gotta look hard.

Better view from the other side of the tree…

This lake was full of hippos. If you stood and watched they would surface every few minutes then duck under again.

If I wanted to see a lot of wildlife and could only go to one place, I think the Ngorongoro Crater would be it. Due to the lack of trees in the crater, there are no giraffes here, but just about everything else you’d want to see is here and easily viewed.