We left Real de Catorce early Thursday morning as we had a long day of riding to get to Xilitla. Apologies to Tejano Marcos who recommended we do the horseback ride up to the top of the mountain before leaving Real. It was 45 degrees when we woke up, and hard to leave. A great place.

First stop was breakfast at Normita’s. 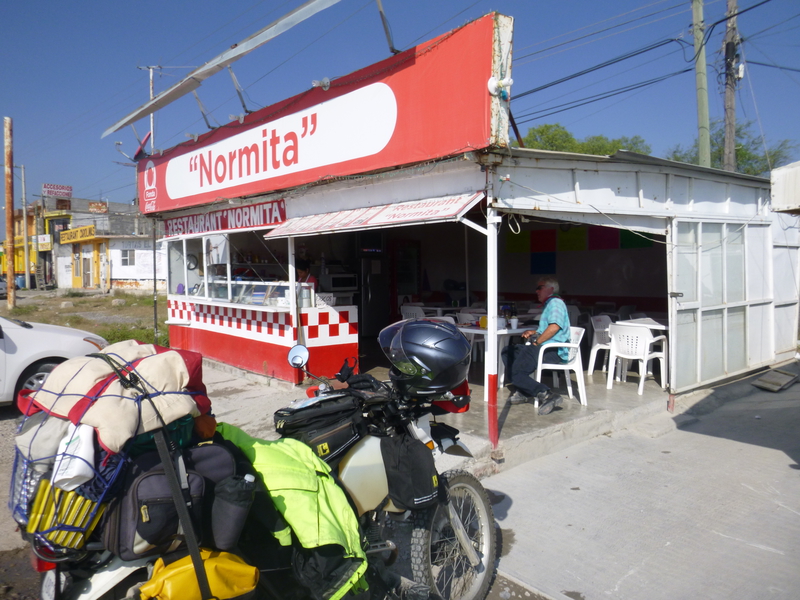 It warmed up as we headed across the altiplano toward Ciudad de Mais and up the mountain. Crossing over and down the other side toward El Naranjo, the hills changed from arid, desert landscape to lush, green tropical looking with turquoise river.

In Xilitla, we stayed at Finca Santa Monica campground, a short walk from Las Pozas, which is what I came here to see, and it didn’t disappoint.

The campground is essentially a large lawn with a couple of cabanas and a large palapa. There were a number of other campers there each of the two nights we spent, all from other parts of Mexico. One group of younger rastafarian drummers looked like they had been there quite a while. We saw (and heard) them performing in front of Las Pozas one day. They sounded good but even so I was glad they shut down at a reasonable time in the evening.

Reading with my new friend Donque.

Las Pozas is simply indescribable. Built at the direction of Edward James from the 1960s through his death in the 1980s, it is a labyrinth of paved walking paths and stairs to dozens of structures. There are also several pools on the grounds that you can relax in, fed by a large waterfall. The entire property is very tropical. I can’t begin to do it justice with words or photos, but will post several photos in hopes of giving it some flavor. 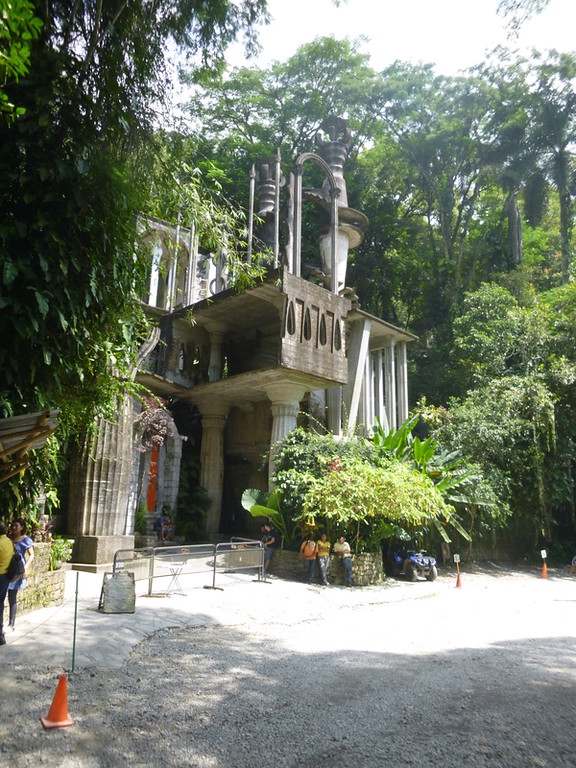 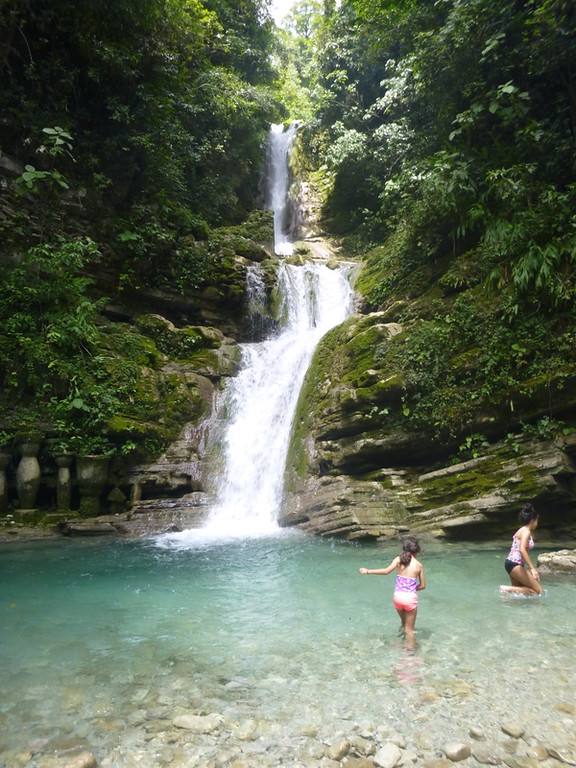 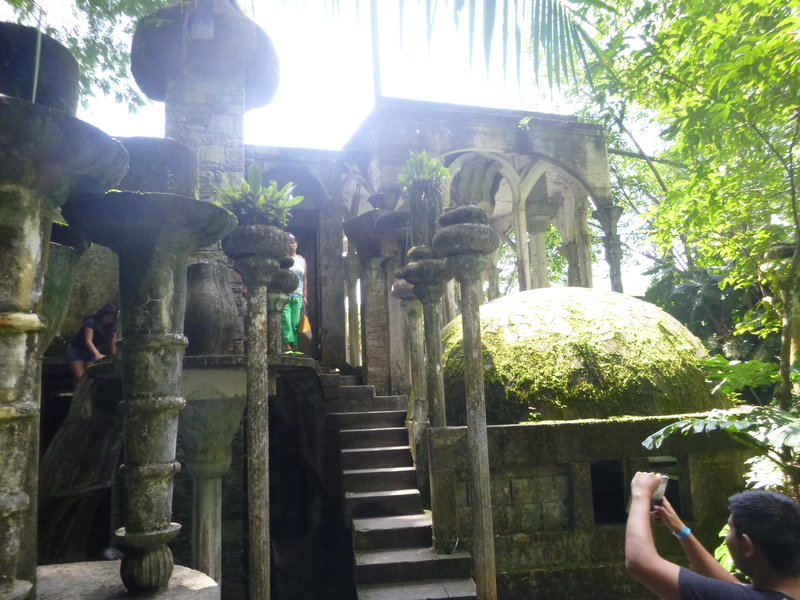 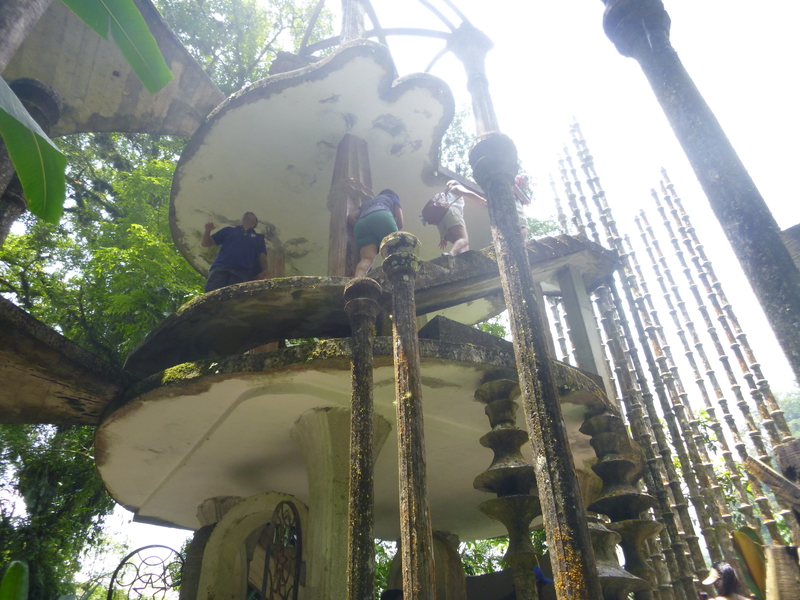 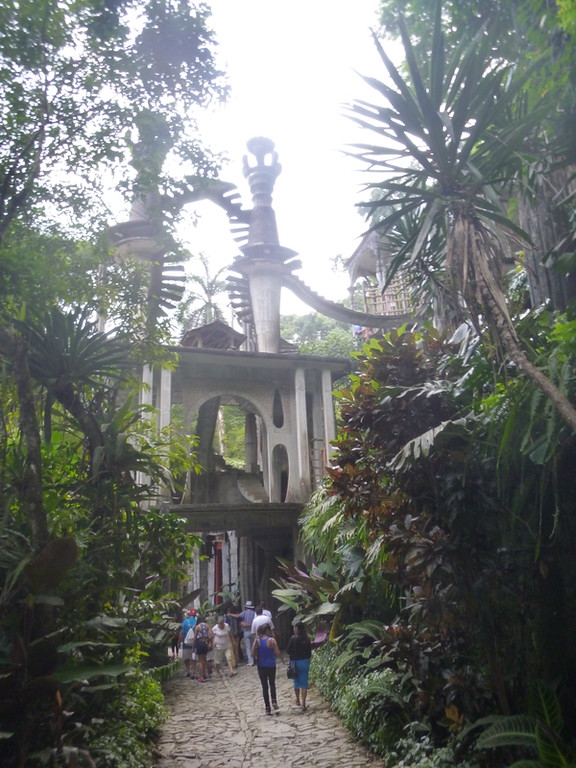 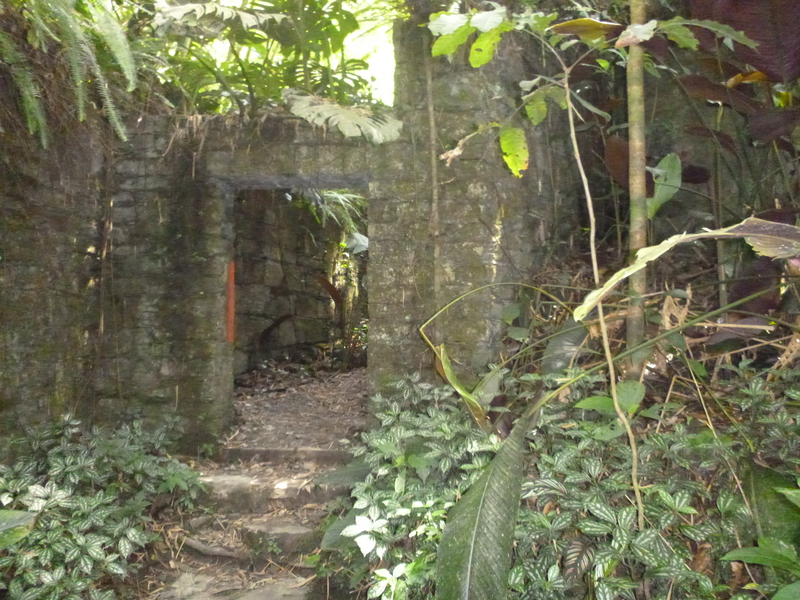 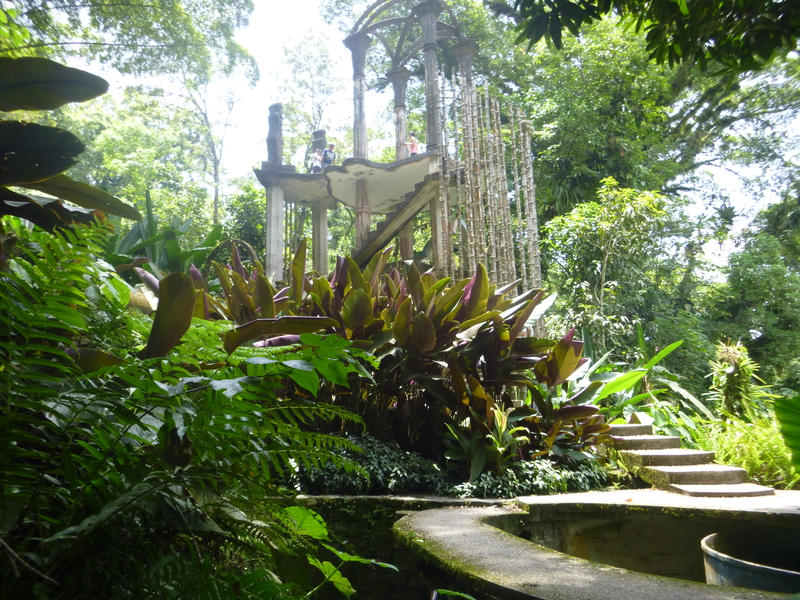 Edward James was a party animal ahead of his time. Check out this “Go/No-Go” No-Fat-Chicks gauge at this entryway. I’ll have to include this design in my next home.

The hardest working guy in Finca Santa Monica. And a really nice gentleman as well.