Just south of Bahia Blanca the scenery finally begins to change. Things start looking greener. Trees appear. I spend the night on the coast in a public park called Balneario Maldonado. A nice older couple manage the campground, and it’s just me and a guy from Buenos Aires staying there.

In the morning I pack up late, taking my time. The weather is good — clear skies and temperatures in the upper 60s and low 70s — and my days are getting shorter, both in mileage and in daylight. Today is my last “long” day in South America: 245 miles to Azul.

South of Tres Arroyos I pass a couple on a Kawasaki KLR on the side of the road. They look like they are in need of help, so I turn around and ask. They are from Buenos Aires, and have been to Ushuaia and are headed home. It seems the KLR has stopped charging and died. He has a small set of home-made jumper cables, and I offer to try to jump the KLR from my XT250. We succeed in killing my battery as well, which is tiny and the KLR is really dead. Fortunately my bike push starts easily and I’m able to get it going again. No such luck for the KLR. I offer to give him (or her) a ride to the YPF service station 15km up the road in search of a new battery, but he insists on waiting for a car to stop that hopefully will be able to jump-start the KLR. They thank me profusely, but I feel bad as I ride away leaving them on the side of the road.

I pull into that YPF station several minutes later for fuel, and there are a half dozen other bikes there already. They are the Fuser biker club from Punta Alta (just north of Bahia Blanca), and are returning home from a weekend ride. They stand there bug-eyed while I discuss riding my 250 from Texas to Ushuaia and now to Buenos Aires. You can almost see the wheels turning. Most of them are on 250s, with a 400 and a 600 thrown in. Suddenly their world seems to be getting bigger. They can imagine traveling further on their 250s. We sit down and have lunch together in the fast food restaurant at the station, and, as usual, have a conversation in Spanish only. It’s getting easier, but can still be exhausting, probably for them as well, since I have to ask them to repeat several sentences. 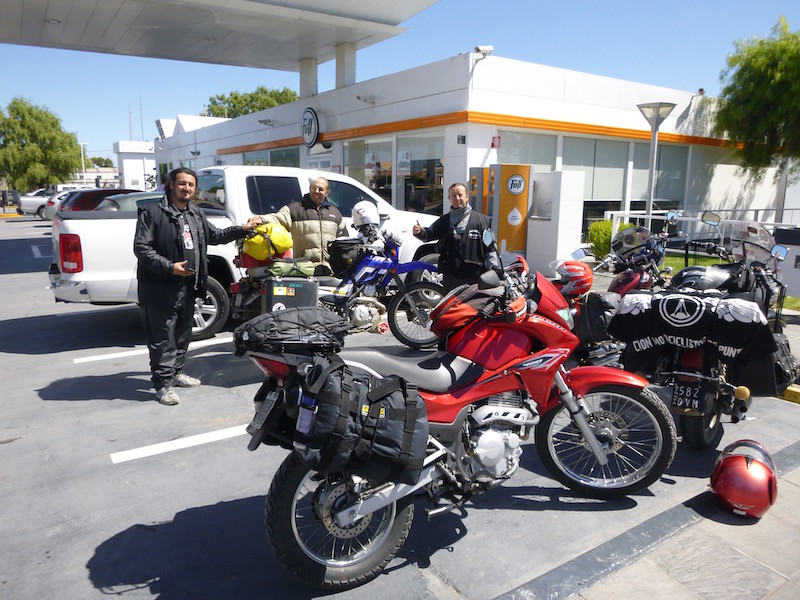 After lunch and trading stickers, I head north and they head south. The landscape continues to get greener. Crops appear; corn, soybeans, sunflowers, olives.

Hard to see, but sunflowers as far as the eye can see. 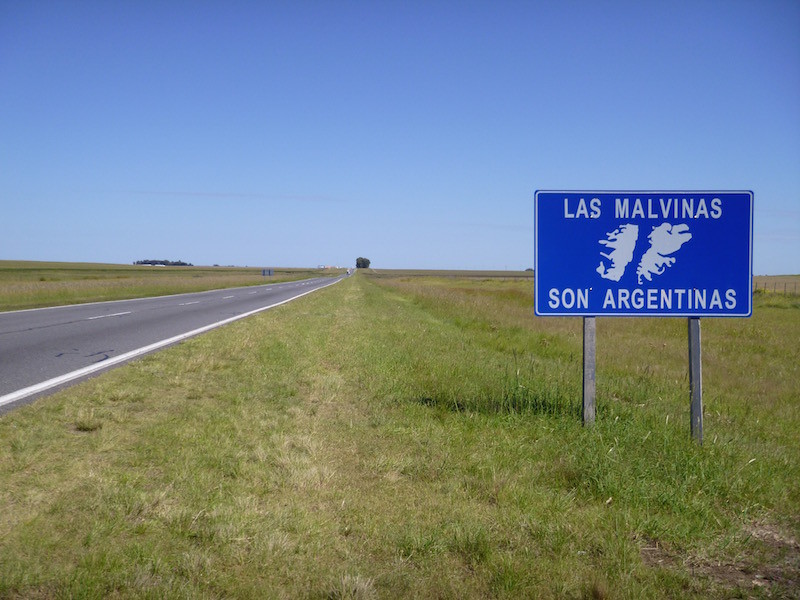 These signs are randomly placed along the highway; not anywhere near the Malvinas (or Falklands) Islands. It seems Argentina wants to be sure to remind everybody who these islands belong to.

For seven months, I’ve been riding with a Sena bluetooth headset on the side of my helmet, but I haven’t used it once. I used it constantly in the States, but in Mexico, Central America, and especially Peru, I didn’t want any distractions taking my attention away from the other drivers. Now, on Ruta 3, I finally feel comfortable that I can listen to music in my helmet again. It seems appropriate to listen to Gotan Project as I make my last days towards Buenos Aires.

As I pull into the campground in Azul, I am approached immediately by a gentleman in a new motorhome. He invites me over for a maté (tea), and wants to discuss travel. Hector and Olinda are from Buenos Aires and have just purchased their motorhome. They are clearly excited about traveling.

Hector and Oly and their new motorhome.

“Oly” wants to take it to Central America and Mexico. We have a spirited conversation about getting the motorhome around the Darien Gap to Panama, and she begins to make a list of places to see in each country, asking questions about my route. They are not computer-literate, so I pull out my Michelin World Map that I have traced my route on with a black Sharpie, and we talk about where I’ve been, and why I chose to go where I did (and didn’t) go. This couple speaks absolutely zero English. I spend a good two hours with them before I even get the tent off the bike. It’s fun, but at the same time, exhausting. Hector gives me a tour of the motorhome. I am actually amazed at how much space there is and how nice it is considering it’s built in a Mercedes Benz Sprinter. It has a bathroom, and double bed, a nice kitchen with a fold-down dinette, and lots of storage. I tell them that next time I’m doing this trip in their motorhome.

With all of the time spent talking with others, it’s been a long day. I finally get the tent pitched, and cook the last of my pasta for dinner. 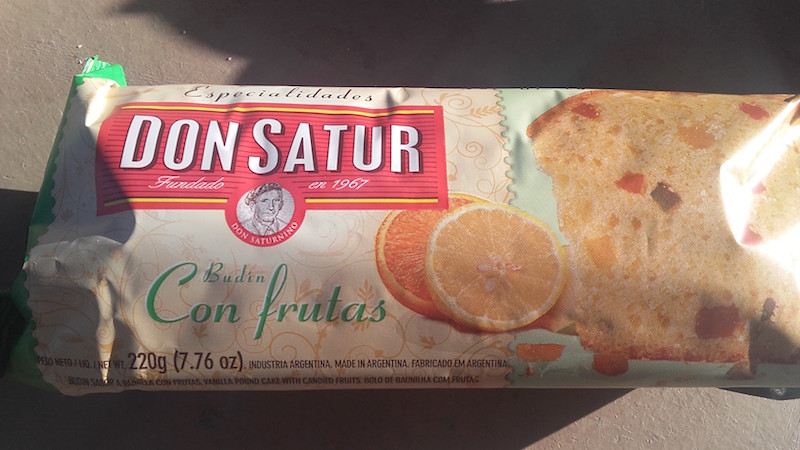 And I had “Birthday Cake” for dessert… 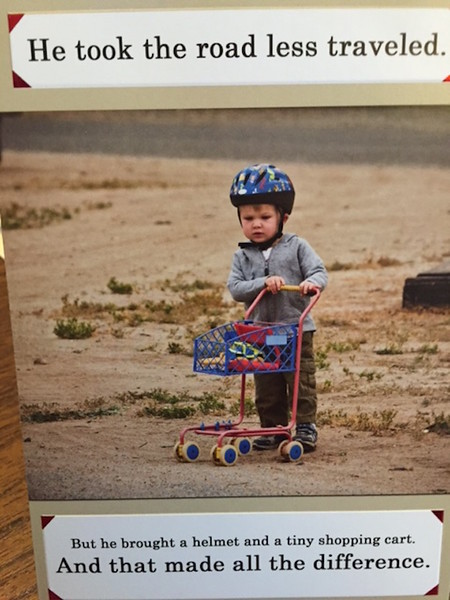 My brother and sister-in-law sent me this awesome card for my birthday. I think they hit the nail on the head.

Two hundred and sixty miles left to Buenos Aires. I’ll take two more days to do it, just to make it easy.

15 thoughts on “Tangled Up in Blue”